Home » Beauty » When Will Beauty Retail Stores Reopen in Your State? Here's a Guide

When Will Beauty Retail Stores Reopen in Your State? Here's a Guide 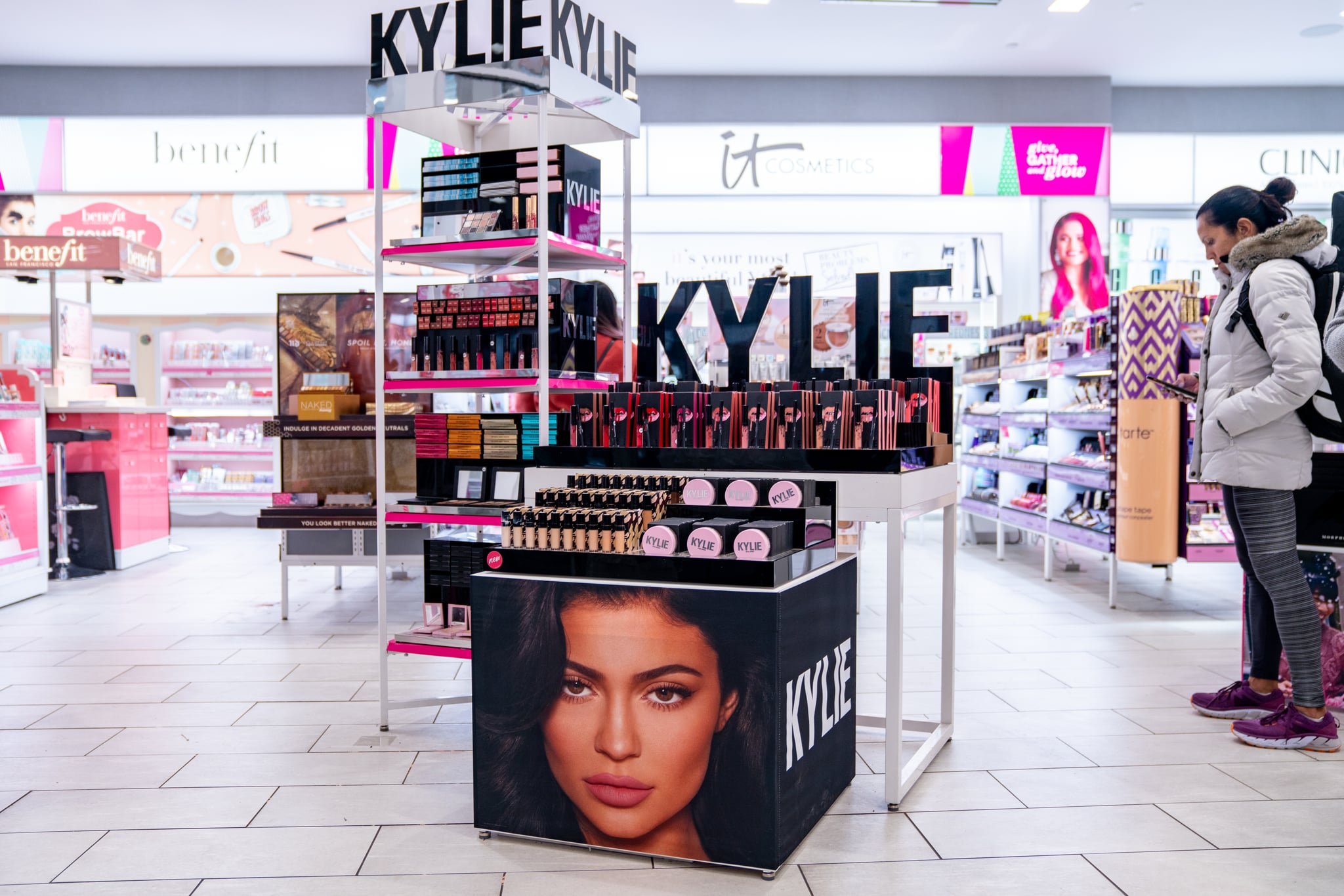 After a nationwide lockdown due to the novel coronavirus, reopenings are underway in more than two dozen US states. With each developing its own version of a phased recovery plan, the statuses of various key industries — including personal-care services and retail — remain in limbo. While some states have been quick to reopen hair and nail salons, others green-lit retail stores first. But where do beauty retailers (from large chains to small businesses) fall into the mix?

The short answer: it’s currently unclear. Top players like Sephora and Ulta seem to be operating on internal protocol vs. the status of individual states. For example, all Sephora stores are closed as of this writing. Ulta, on the other hand, is offering curbside pickup at 700 of its 1,200-plus locations — even in areas where retail reopenings are permitted. What’s more, beauty is often categorized as “specialty” retail, which may further affect reopening allowances and procedures.

To see where things currently stand in your state (or all 50), keep scrolling for a full breakdown. We’ve noted ongoing stay-at-home orders, phased reopenings, and other key information to keep in mind.

Alabama has adopted a “safer at home” plan since its original stay-at-home order expired on April 30. Currently, retail stores are allowed to operate at 50 percent capacity.

As of April 24, Alaska became one of the first states in the nation to ease its restrictions on select nonessential businesses. Retail stores are now reopened to limited in-store shopping.

Although Arizona’s stay-at-home order officially expired May 15, retail stores were allowed to open their doors on Monday, May 4. A long list of government-mandated precautions aim to keep shopping safe, including physical distancing, reduced capacity, and screening for employees before shifts begin.

In Arkansas, where a statewide stay-at-home order was never issued, two malls reopened their doors on May 1. With other industries, like personal care and fitness, currently in the process of reopening, it’s likely that more businesses will follow suit starting May 18.

California’s stay-home order has been in effect since March 19. Select retail businesses reopened on May 8 and shopping in counties that meet certain criteria reopened starting May 12. As of this writing, it is unclear whether beauty retail stores will be included in this phase.

Colorado’s stay-home order expired April 26. The following day, retail stores were allowed to process curbside-pickup orders before reopening to guests at limited capacity on May 1.

Connecticut’s stay-at-home order is currently set to expire May 20. Beauty retail stores remain closed at least until then.

Delaware’s current shelter-in-place order will expire May 31. Governor John Carney announced “interim steps” toward reopening retail businesses starting June 1. As of May 8, select retail businesses are allowed curbside pickup as long as social-distancing measures are followed. Clothing, shoe, and department stores are among the businesses listed, but it’s unclear whether beauty retail stores are part of this update.

Georgia’s statewide shelter-in-place order expired April 30, but select businesses have been allowed to resume business since April 24. As of now, malls and retail stores are implementing their own reopening plans. Simon Property Group, for example, reopened its locations May 4, while other stores remain closed.

In Hawaii, a stay-at-home order has been in effect since March 25 and is currently set to expire May 31. Retail stores remain closed across the board, but Governor David Ige may reopen “low-contact” retail businesses soon. It’s currently unclear where beauty retailers will fall in a phased reopening plan.

Idaho allowed retail stores to resume business on May 1. Major beauty retailers like Sephora and Ulta will continue to follow their own reopening plans, but other specialty businesses may now be open.

The stay-at-home order in Illinois will extend through the end of May. Beauty retailers are currently allowed to accept curbside-pickup orders.

On May 1, coronavirus-related restrictions were loosened in 77 of Iowa’s 99 counties. Malls and retail stores were permitted to reopen at limited capacity.

In Kansas, a phased reopening plan began May 4. Phase one included reduced retail stores, with restrictions in place.

So long as Kentucky keeps up its fight against the coronavirus, retail businesses will be allowed to reopen May 20. This is the second of three milestones in the state’s plan to restart business sectors.

After a stay-at-home order expired April 30, Maine began a four-stage reopening plan. Retail stores were allowed to reopen in rural counties without community spread starting May 11 and May 18, respectively, but reopenings in more populous areas will not reopen until June.

In effect since March 30, Maryland’s stay-at-home order expired May 15. Nonessential businesses, including beauty retail stores, were allowed to reopen with social distancing requirements on that day.

The stay-at-home order in Massachusetts is currently set to expire May 18. As of this writing, no updates on the status of retail reopenings have been made.

Michigan’s stay-at-home order, in effect since March 24, is set to expire May 28. Retail stores are currently open for curbside pickup.

As of Monday, May 4, Minnesota retailers are allowed to resume business via curbside pickups.

In Missouri, a gradual reopening plan began Monday, May 4. Retail locations under 10,000 square feet can operate at 25 percent capacity, while larger stores are restricted to 10 percent.

Montana’s retailers were given the green light to open on April 27. That said, we recommend checking the status of individual retailers first.

Although some of Nebraska’s nonessential businesses could reopen May 4, the state’s retail stores remain closed. As of this writing, no further announcements have been made.

Nevada’s stay-at-home order expired on May 9. Currently, retail stores are allowed to accept curbside-pickup orders only.

In New Hampshire, a stay-at-home order will run through May 31, but retailers were allowed the option to reopen their doors beginning May 11.

New Jersey’s stay-at-home order has been in effect since March 21 and will continue until June 5. Beauty retail stores are open for curbside pickup only.

New Mexico’s stay-at-home order was extended from May 1 to May 31. Retail stores are currently open at limited capacities as well as for curbside pickup and delivery, with the exception of three northwestern counties with more severe outbreaks.

“NY PAUSE,” New York’s stay-at-home directive, is currently set to expire May 28. In many parts of the state, where various metrics are still in the red, this will be extended further. For areas in better shape, retail shops are open for curbside pickup.

North Carolina’s current stay-at-home order will expire May 22, but retail stores were allowed to resume business with limits on customers starting May 8.

In North Dakota, where a statewide stay-at-home order was never issued, restrictions began to ease on May 1. Retail stores, however, currently remain closed and are open for curbside pickup.

Ohio’s stay-at-home order will expire May 29, and businesses will reopen in phases. Retail stores were allowed to open on May 12.

A formal stay-at-home order was never issued in Oklahoma, but retail stores will likely reopen on a by-retailer basis.

Oregon’s stay-at-home order was issued March 23, but Governor Kate Brown allowed retail stores statewide to reopen on May 15 in 31 of 36 counties.

Pennsylvania’s stay-at-home order is set to expire June 4, and will reopen gradually following a color-coded plan. Red allows for retailers to accept curbside-pickup orders, while in-person shopping can occur in the yellow phase. As of this writing, 24 counties were allowed to move to yellow phase on May 8.

In Rhode Island, a statewide stay-at-home order expired May 8. Retail stores were allowed to reopen with limits on capacity and with shoppers encouraged to “limit browsing time.”

South Carolina was one of the first states to begin reopening. Retail stores were permitted to do so beginning April 20 at a 20 percent capacity.

In South Dakota, a “back-to-normal” plan will help businesses and retailers determine when they can reopen. Based on these guidelines, coronavirus cases must trend downward for 14 days in the surrounding area.

The stay-at-home order in Texas expired April 30. All retail stores were allowed to reopen at reduced capacity on May 1.

Utah did not have a statewide stay-at-home order, but most retailers have been shuttered. With businesses in the fitness and personal-care industries back open, retailers were allowed to open their doors with precautions, but many large chains are still closed.

Vermont’s stay-at-home order expired on May 15. Retail stores can reopen starting Monday. May 18.

Although Virginia’s stay-at-home order extends through June 10, nonessential-business restrictions will ease much sooner. Retailers have been permitted to reopen as soon as May 15 with restrictions in place.

In Washington, a stay-at-home order has been in effect since March 23. Now, a “Safe Start Washington” plan will begin, helping the state’s economy restart in phases. Retailers are part of phase one and are open for curbside pickup. In-person shopping will resume in phase two.

West Virginia began to reopen in phases on April 30. Under this plan, specialty retailers (like beauty stores) were permitted to open May 11.

The Supreme Court struck down Wisconsin’s stay-at-home order on May 13, allowing retailers to open with precautions effective immediately. Many beauty retailers remain closed.

Wyoming never issued a statewide stay-at-home-order, but restrictions began to ease on May 1 and retail stores were allowed to reopen.

POPSUGAR aims to give you the most accurate and up-to-date information about the coronavirus, but details and recommendations about this pandemic may have changed since publication. For the latest information on COVID-19, please check out resources from the WHO, CDC, and local public health departments.

END_OF_DOCUMENT_TOKEN_TO_BE_REPLACED

END_OF_DOCUMENT_TOKEN_TO_BE_REPLACED
Recent Posts
We and our partners use cookies on this site to improve our service, perform analytics, personalize advertising, measure advertising performance, and remember website preferences.Ok