Joe Biden took a subtle jab at Aaron Rodgers over his COVID vaccine stance in December … and now the NFL star is finally swinging back — wondering out loud how the guy got votes.

If you missed it, while Biden was touring a tornado-ravaged part of Kentucky, he whispered to a woman in a Green Bay Packers cap and shirt, “Tell that quarterback he’s gotta get the vaccine.” 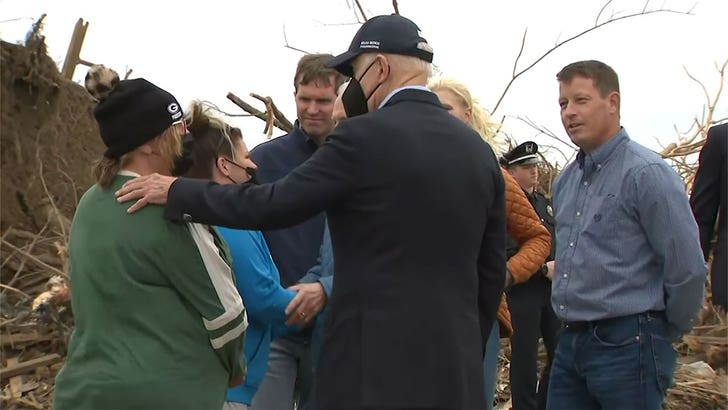 The interaction was captured on camera … and when Rodgers was finally asked about it as part of a lengthy interview with ESPN this week — he said he was pissed.

Then, he took his own jabs at POTUS.

“When the president of the United States says, ‘This is a pandemic of the unvaccinated,’ it’s because him and his constituents, which, I don’t know how there are any if you watch any of his attempts at public speaking, but I guess he got 81 million votes,” Rodgers said.

“But when you say stuff like that, and then you have the CDC, which, how do you even trust them, but then they come out and talk about 75% of the COVID deaths have at least four comorbidities.”

Rodgers continued, “And you still have this fake White House set saying that this is the pandemic of the unvaccinated, that’s not helping the conversation.”

As we previously reported, Rodgers has been extremely vocal about his vaccine status in the last few months … famously explaining he’s not vaccinated because he says he’s allergic to the Pfizer and Moderna shots, and just doesn’t want the Johnson & Johnson version.

Rodgers told ESPN during the interview he believes he’s been censored and canceled by many over his opinions on the matter.