Ally Brooke Opens Up About Feeling 'Destroyed' on 'DWTS'

Ally Brooke is opening up about her time on Dancing With the Stars. The former Fifth Harmony singer caught up with her Dancing With The Stars dance partner, Sasha Farber, on the latest episode of The Ally Brooke Show, where she got real about the hate she received after the DWTS judges chose to save her over fan favorite James Van Der Beek.

On Season 28 of DWTS, Brooke and Farber found themselves in the bottom two with Van Der Beek and his partner, Emma Slater. Van Der Beek was having a hard week after dealing with his wife’s devastating pregnancy loss when the judges chose to advance Brooke and Farber to the finals. After hearing the results, a teary-eyed Brooke went up to host Tom Bergeron and asked if she could surrender her spot and give it to Van Der Beek.

“He nearly didn’t dance the semifinals due to a family issue. It was just hard. It was hard to process because it was us in the bottom two and we made it and they didn’t,” Farber shared while speaking with Brooke on Wednesday. “I remember at one point you were like ‘No, no, no. I want to give my position away to James.’ And I was like standing there, my wife is crying, James was crying, you’re crying. I was crying… You know, it’s crazy. This is just a TV show, it’s just a dance show, but people build such strong bonds.”

“It was horrible. And especially the week he had the devastation of losing a baby. Him having the strength to still go on the show and perform and dance,” Brooke added. “To me it just did not make sense. I’m like, ‘This does not make sense. There’s no way. I know America is rooting for him and voted for him.’ It was just a bunch of mixed emotions…He was the one to watch during the season because he always performed beautifully.”

After the judges’ decision, Brooke shared that she wanted to quit, explaining that the pressure and hate she received from advancing on the series almost destroyed her.

“I just remember after the show I wanted to quit. I want to give this to James. I don’t want to be here. I was done. It was such an emotional punching bag for me and then on top of that I got a lot of hate because the judges saved me,” she revealed.

Brooke continued, “You don’t understand how much that can destroy someone. That destroyed me and it took me back to the really bad space where I was after X-Factor. My audition aired and I got so much hate there and that tore me apart. And then also, brought back a lot of memories of getting online hate for like, you know, my body or my dancing in Fifth Harmony. I just felt like man, I can’t take this.”

ET spoke with Brooke about wanting to surrender her spot in the finals to Van Der Beek just after the bittersweet moment.

“I’m really sad and I just feel like it’s not right that he went home and that is how I feel,” she said at the time. “Obviously I know Sasha and I have been through hell and back on the show. We’ve overcome so many obstacles and we’re strong people, we adore the show more than anything. I have had the time of my life on this show. But it’s really tough, especially given James’ circumstances that he went tonight.”

“I don’t believe it’s fair that he was sent home, so I just wanted to give my spot to him,” she continued. “He’s been through so much and he’s overcome so many things. Especially this past week, I just felt it was right to give it to him. Obviously he didn’t accept it. I talked to him and he was proud of me. He told me, ‘Don’t be afraid to shine.’ So I’m going to take that with me and I just have to do this for him, is what I feel.”

Watch more episodes of The Ally Brooke Show on YouTube. 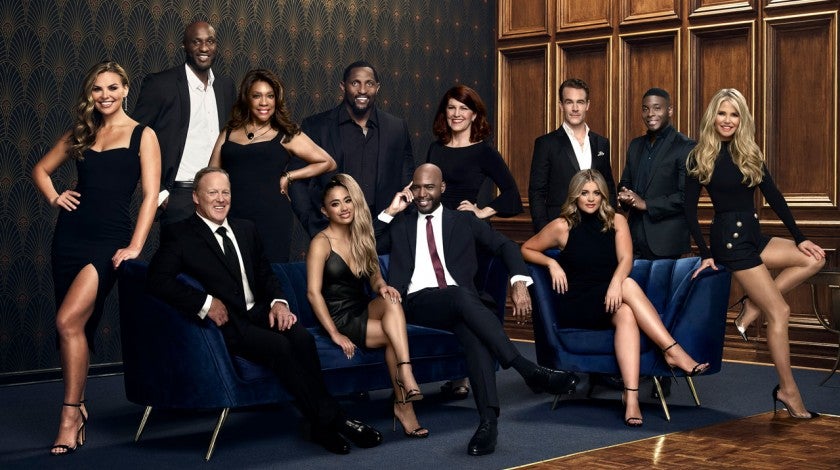 'Dancing With the Stars': Meet the Cast of Season 28!