Home » Celebrities » Amy Dowden: Strictly pro hits back at claim she had backstage ‘meltdown’ before dance off

Amy Dowden: Strictly pro hits back at claim she had backstage ‘meltdown’ before dance off

Strictly Come Dancing professional Amy Dowden, 28, caught up with Kevin Clifton, 37, on his podcast The Kevin Clifton Show to discuss her time on the show with Karim Zeroual, 26, last year. The dancing duo made it through to the final of the show, but had to fight for their place in a dance-off in week 10, despite being at the top of the leaderboard.

Amy and Karim impressed the four judges with their couple’s choice contemporary routine to Drops Of Jupiter by With Confidence.

The pair received high scores from the judges, but failed to receive enough public votes to avoid the dance-off.

They competed for their place in the competition against Saffron Barker and AJ Pritchard, who the judges chose to send home.

Speaking to ex Strictly pro Kevin, she addressed claims she had a “meltdown” backstage after learning they were in the bottom two. 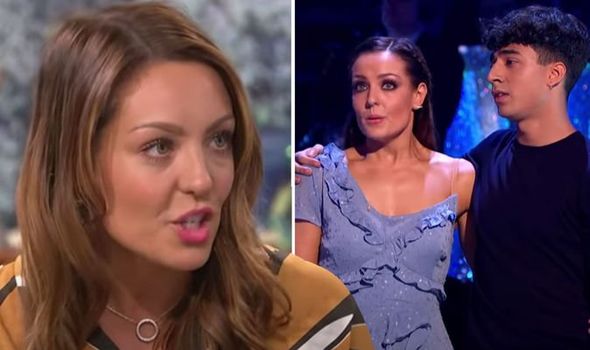 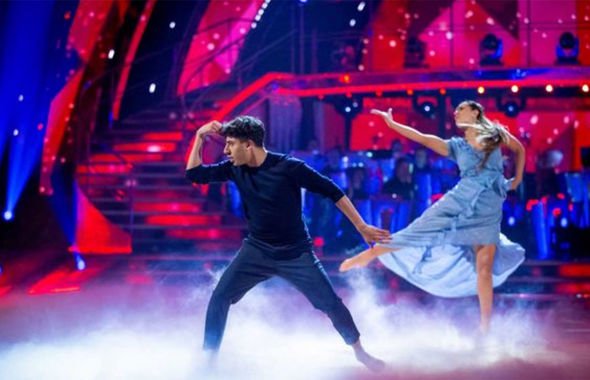 She explained: “I remember there was a press story actually that week saying that I had a meltdown backstage.

“I remember Claire from production going, ‘I was stood there going ’Wow, look at Amy she’s just on it’.

“She said, ‘You did exactly the right thing, you were just like, ‘Right it’s time to warm up’.

“We didn’t even discuss being in the dance off,” she clarified, as she explained she didn’t want Karim to dwell on it. 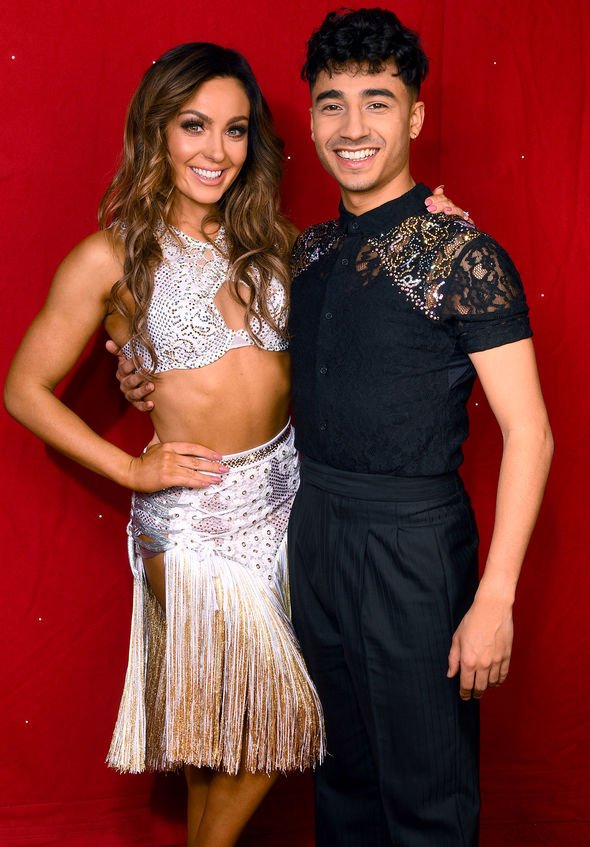 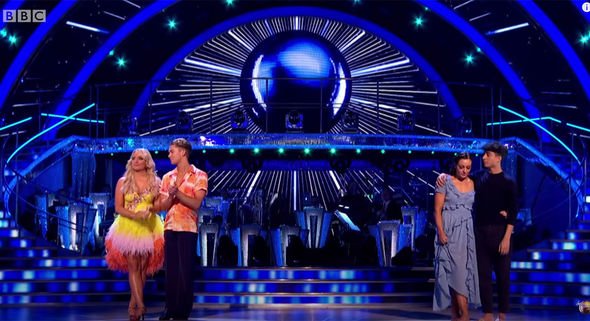 Amy added: “I think I said to him, ‘Right, you can’t change the situation, let’s just get on with it’.

“I didn’t want to complain about being in it. There was this big story with pictures of me just being told we were in the dance off.”

“It’s so naff,” Kevin replied, to which she agreed.

“It couldn’t have been more far the opposite,”(sic) she added.

Elaborating on her version of events, she said: “We got backstage and I didn’t give him any time to dwell on it, I was just like, ‘Right, warm up, you’ve got to deliver that exact same dance again’.

“I didn’t allow Karim to get absorbed into getting upset.

“I kept talking to him, I didn’t allow him to think, stop, talk, you know when sometimes people want to say, ‘Oh, I’m so sorry, good luck’.

“It would’ve been easy [from] top of the leaderboard to the dance off, to get emotional and upset.”

Thankfully, Karim and Amy were saved by the judges and made it to the final of the competition.

Despite their best efforts, the dancing duo missed out on the Glitterball trophy to winners Kelvin Fletcher and Oti Mabuse.

Earlier this year, Amy confirmed she will be returning to this year’s series, if it is allowed to go ahead due to the coronavirus pandemic.

Kevin announced he has left the show after seven years earlier this year.

END_OF_DOCUMENT_TOKEN_TO_BE_REPLACED

END_OF_DOCUMENT_TOKEN_TO_BE_REPLACED
Recent Posts
We and our partners use cookies on this site to improve our service, perform analytics, personalize advertising, measure advertising performance, and remember website preferences.Ok