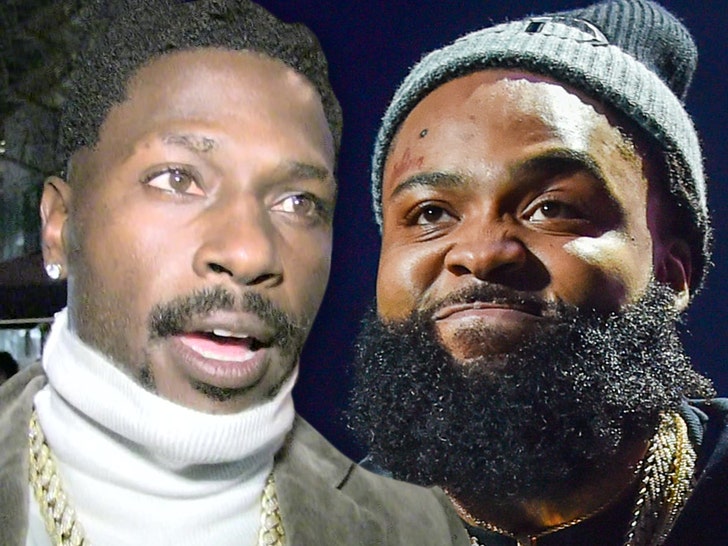 Antonio Brown has a new rap beef after finding out Detroit rapper Sada Baby‘s been taking shots at him for his “Put That S**t On” antics.

Sada dissed AB earlier this week, essentially calling everything he stands for “lame” … which understandably angered the former NFL star.

On Friday, an amused Sada reposted a DM AB sent, commanding him to “turn your bitch ass soda. water.”

It doesn’t read all that fluidly, but is likely a diss on the “Aktivated” rapper’s love for lean.

Sada didn’t back down, and, instead, doubled down on his stance … slamming AB for taunting Tom Brady over his divorce from Gisele Bündchen, which was made official today.

Like many sports fans, Sada feels AB selling shirts mocking TB12 is a low move and also took issue with his infamous mid-game retirement last season … with a “b*tch ass” remark of his own.

AB says he’s selling the merch for charity … but he better not hold his breath for a donation from Sada or Tom Brady!