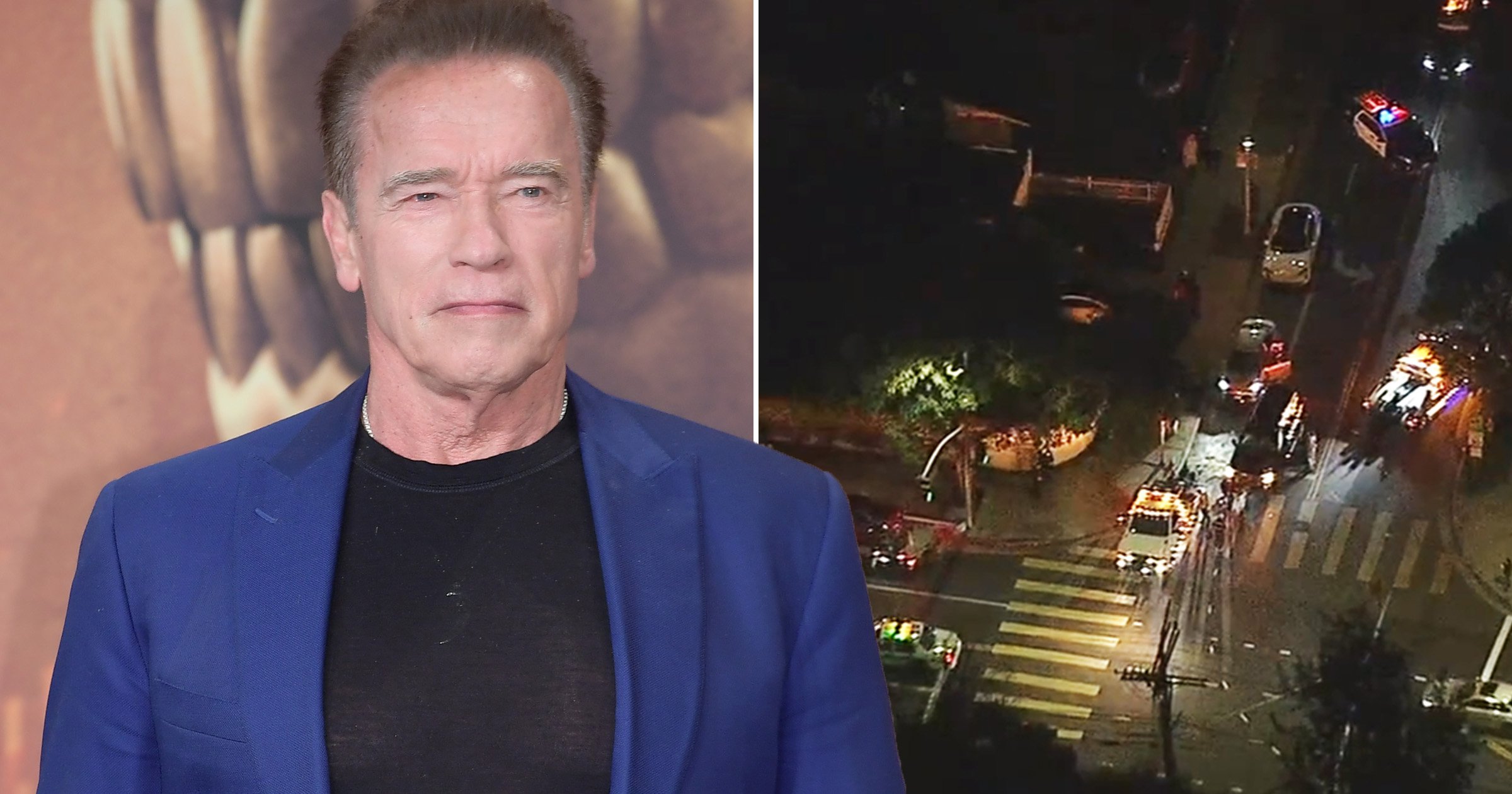 Arnold Schwarzenegger has been involved in a ‘multi-car crash’ that resulted in a woman being hospitalised, it has been claimed.

The Terminator actor and former governor of California, 74, was pictured at the scene on Sunset Boulevard on Friday afternoon, in LA.

According to TMZ, he was turning onto the busy street when his car collided with a Prius and his GMC Yukon SUV ended up ‘on top’ of the other car.

His car then rolled onto a Porsche that was ‘directly behind’ his vehicle – with an eyewitness telling the publication it ‘looked like a stunt from a movie’.

The Prius driver has reportedly been taken to the hospital with head injuries injuries.

Arnold was seen speaking to others after the crash, and is thought to be doing ‘well’.

Representatives for the Twins actor confirmed to the LA Times that he had just left his home and was driving a GMC Yukon, which hit a Prius.

They said that he was not injured and stayed at the scene, also speaking with firefighters and police.

Sources also told TMZ he was worried about the injured driver, and wanted to personally check up on her.

‘There was a collision about 4.35 on Sunset and Allenford Avenue,’ a spokesperson for the LAPD told PA.

‘It was a four vehicle traffic collision (and) fire departments and paramedics transported one female to a local hospital with an abrasion to her head.

‘Neither alcohol nor drugs are suspected as a factor in this and all parties remained at the scene.’

Law enforcement officials are conducting a full investigation into the accident.

Metro.co.uk has contacted reps for Arnold and LAPD for a comment.

This is a breaking news story, more to follow soon… Check back shortly for further updates.