It looks like Zayn Malik’s alleged dispute with Gigi’s mother Yolanda Hadid has had a pretty big impact on his relationship with the rest of the family. A source tells Us Weekly that “Bella has had a huge rift with him, as does [her brother] Anwar [Hadid]. They hate what he has done to their sister.”

The source also reports that Zayn has “become combative” with Gigi’s security team, and that his “issues” with them caused the family to “change two separate guards” recently.

Despite ongoing drama, Gigi wants to co-parent with Zayn amid their split, and a source previously told People that “Yolanda is very upset with Zayn, but Gigi has made it clear that her daughter needs her dad. Gigi will do everything she can to make sure they co-parent in a civil way.” 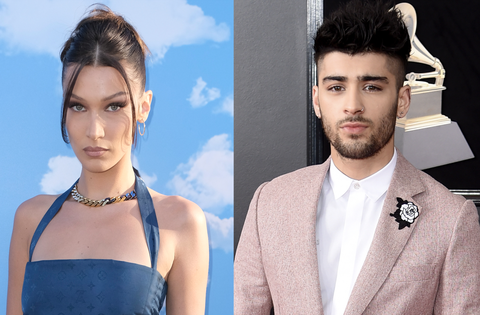 “Yolanda is, of course, very protective of Gigi,” the source continued. “She wants the best for her daughter and grandchild. She has had some issues with Zayn. He has a complicated personality, and she thinks he could treat Gigi better. It’s been hard at times for Gigi to live with him.”

Zayn pleaded no contest to four charges of harassment against Yolanda and Gigi last week, and according to TMZ was fined and is “on 90 days probation for each count, totaling 360 days.” He’s also reportedly required to complete an anger management course and a domestic violence program.

Zayn—who allegedly “grabbed [Yolanda] and shoved her into a dresser, causing mental anguish and physical pain”—has denied striking her, telling TMZ directly: “I adamantly deny striking Yolanda Hadid and for the sake of my daughter I decline to give any further details and I hope that Yolanda will reconsider her false allegations and move towards healing these family issues in private.”