Blind Date who contestant TURNED DOWN Amanda Holden 30 years ago

Blind Date contestant TURNED DOWN Amanda Holden 30 years ago.. and then married her lookalike

It might have been 30 years ago but it is a moment Barnaby Hands’ friends will never let him forget – the time he turned down Amanda Holden on prime-time TV.

Amanda was then a 19-year-old unknown drama student who signed up for Cilla Black’s Blind Date ‘for a laugh’.

Now, as she is tipped to host her own dating show for the BBC, The Mail on Sunday tracked down the man who rejected her in front of 14 million ITV viewers.

‘I still get teased about it to this day,’ Barnaby said. ‘When she became famous everyone kept telling me, “You idiot!”’ 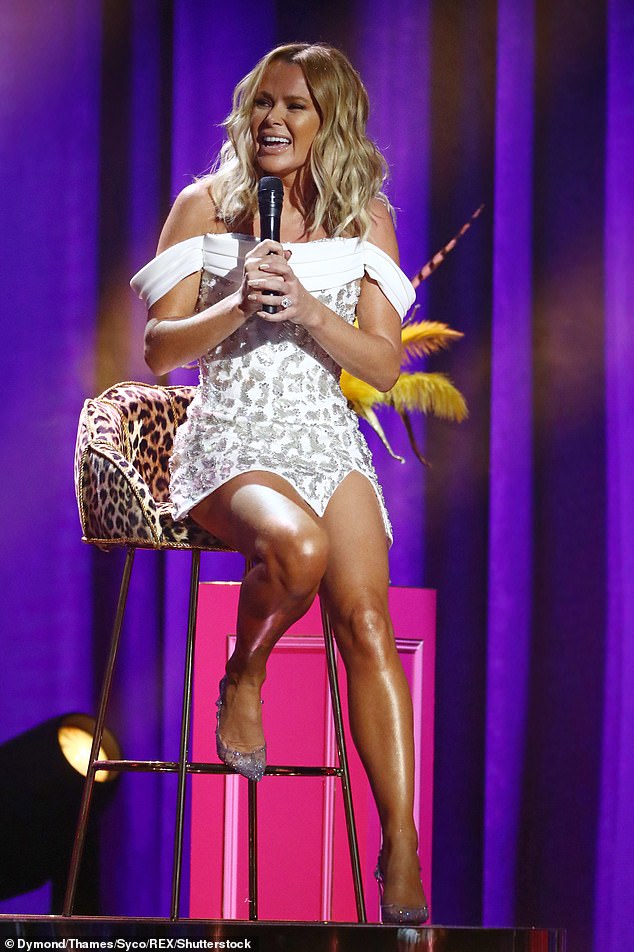 STAR QUALITY: As Amanda Holden is tipped to host her own dating show for the BBC, The Mail on Sunday tracked down the man who rejected her in front of 14 million ITV viewers

‘My brother used to tease me so much. He said, “I can’t believe you turned down Amanda Holden!” She used to do some modelling in men’s magazines and he would phone me up and say, “What were you thinking?”’

He admits that even on that day in 1991, he felt a pang of regret when he first set eyes on the girl he rejected. ‘I felt so awkward,’ he confessed. ‘She was stunning.’

Barnaby, now an executive at film giant Paramount, later found love with Becca, who he married 17 years ago. And he admits she bears a similarity to the star. ‘They are both quite petite,’ he said.

Barnaby, 50, still remembers every detail of his Blind Date appearance, even though it started in a haze of lager. 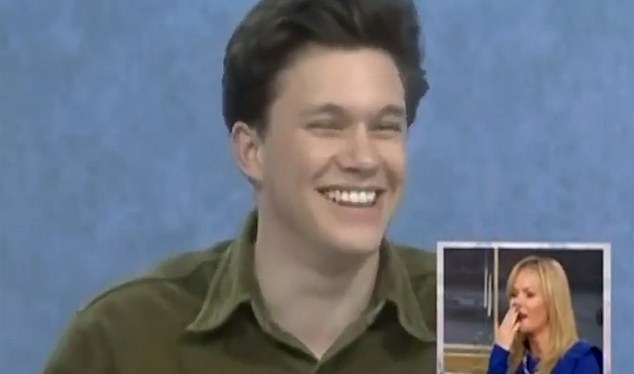 DOUBLE DATE: It might have been 30 years ago but it is a moment Barnaby Hands’ friends will never let him forget – the time he turned down Amanda Holden on prime-time TV. (Pictured: On the popular ITV dating show in 1991)

‘I was 20 and at university in Manchester,’ he said. ‘A load of mates had been drinking in the union and called me up and said, “You have to come and join us – they’re interviewing for Blind Date.” We all went in together and had an interview at the Piccadilly Hotel. Then they asked me to come on to the show.’

When he appeared, Barnaby posed three questions to three different contestants, including Amanda. His opening gambit was to admit he had put on weight as a student, so asked: ‘How would you help me lose the pounds?’

Amanda, now also 50, replied: ‘Right, Barney, can I call you that? Well, first of all I have to think of a name for your podgy bits so you don’t feel too embarrassed. So let’s call them love handles, shall we?’

Barnaby added: ‘Although she was genuinely funny, in the end I picked number three, a lady called Sam who was lovely. Her responses were a bit more measured. Amanda was too dramatic for me. If we were going to go on a date together, I didn’t want too much drama.’ But romance failed to blossom for Barnaby and student nurse Sam on their date, a mini-break to Bath. 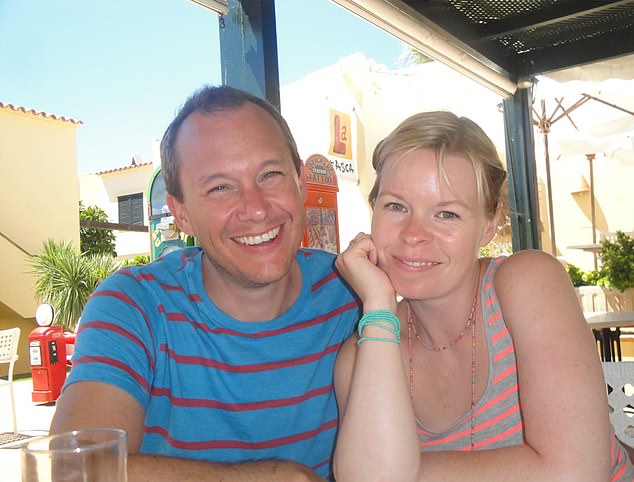 Barnaby, 50, now an executive at film giant Paramount, later found love with Becca, who he married 17 years ago. And he admits she bears a similarity to the star. ‘They are both quite petite,’ he said. (Pictured: Barnaby with his wife Becca)

Speaking from his £700,000 home in Brighton, Barnaby recalled being struck by Amanda’s charisma. ‘I remember watching it back at the time and thinking Amanda had a real star quality,’ he said. ‘She spoke about how she really liked older men like Jack Nicholson and I remember thinking to myself, “If that’s your ideal date, oh s***”.

‘I’m not surprised in the slightest that she’s a star, the way she expressed herself in front of the camera and her big personality. I feel a little bit for her that her appearance on this show has followed her around to this day. Even now people text me and say they’ve seen the clip on YouTube.’

After rejecting Amanda, Barnaby felt he had to apologise. ‘I got a chance after the show to say to Amanda that I was sorry. She said, “Don’t worry about it”, but I didn’t see her again.’

Amanda later confessed to being engaged at the time of the recording, although that relationship ended. She married Les Dennis in 1995, but they split in 2002 and she went on to marry record producer Chris Hughes. The couple have two daughters.