Former married couple Brad Pitt, 56, and actress Jennifer Aniston, 51, struggled to stay serious when they reunited on screen for the first time in decades to read a risque scene from Fast Times at Ridgemont High. It has now been reported the Hollywood stars had a “really good time” acting together again during the star-studded online performance according to sources.

While Jennifer played “sex queen” Linda Barrett, who was originally portrayed by Phoebe Cates, 57, Brad took on the role of Brad Hamilton for the scene.

The big-screen stars acted out the daydream scene where Brad arrives at a pool party hosted by his younger sister Stacy Hamilton, who was played by film icon Julia Roberts, 52.

Jen’s character Linda walks in on Brad “daydreaming” about her topless in the bathroom as she walks in to ask for Q-tips.

Along with Jennifer, Julia and Brad, legendary actor Morgan Freeman, 83, narrated the script. 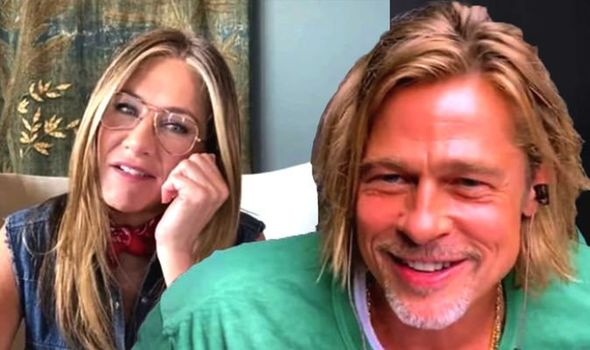 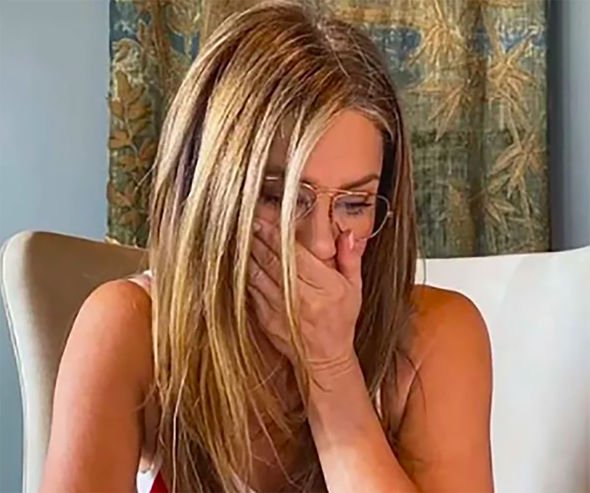 Speaking about the A-list charity table read, a source said: “Everyone, including Brad and Jen, had a really good time doing the reading of Fast Times at Ridgemont High and were happy to reunite.

“[Host] Dane [Cook] plans to organise more readings like this in the future.”

They continued to tell Us Weekly: “Brad and Jen’s friends and the others involved thought it went really well!”

Express.co.uk has contacted Jennifer and Brad’s representatives for comment. 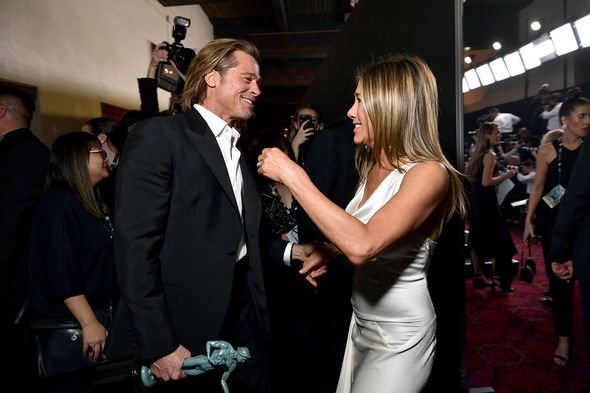 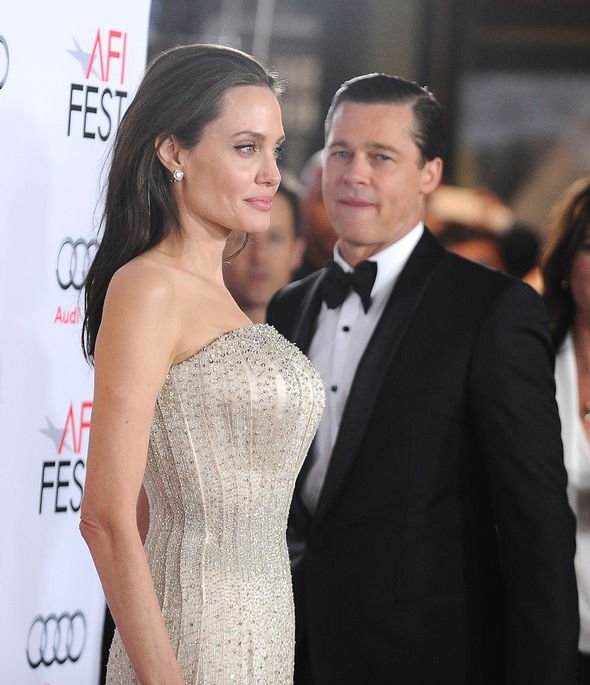 The risque scene began with Morgan reading: “Her eyes are filled with desire as she says…”

Jennifer then shared: “Hi Brad, you know how cute I always thought you were. I think you’re so sexy. Will you come to me?”

While Brad laughs to himself, he looks down as the rest of the actors are left in stitches.

Morgan went on: “She reaches out and grabs him for a kiss, pulling him close… then she pushes him away, so he can watch as she carefully unstraps the top of her bathing suit…

Jennifer then breaks his daydream and asks: “Hey Brad, do you have any Q-tips?”

After Brad has to cover himself up and act “nonchalant”, he shakes his head and says: “Wait, just a minute…”

“Oh god, I’m so sorry… I did not know anyone was in here,” Jennifer’s character replied.

Brad then exclaimed: “Doesn’t anybody f*****g knock in here!”

Jennifer and Brad parted their ways back in 2005 after seven years of being together.

Elsewhere, Brad’s girlfriend Nicole shared a snap of herself with a cryptic message while there have been “tensions” between the actor and his ex-wife Angelina Jolie.

A source told the same publication: “Tensions have escalated between Brad and Angelina, with family therapy no longer taking place.”

Brad and Angelina share their children Pax, 16, Zahara, 15, Shiloh, 14, and 12-year-old towns Knox and Vivienne together.

END_OF_DOCUMENT_TOKEN_TO_BE_REPLACED

END_OF_DOCUMENT_TOKEN_TO_BE_REPLACED
Recent Posts
We and our partners use cookies on this site to improve our service, perform analytics, personalize advertising, measure advertising performance, and remember website preferences.Ok