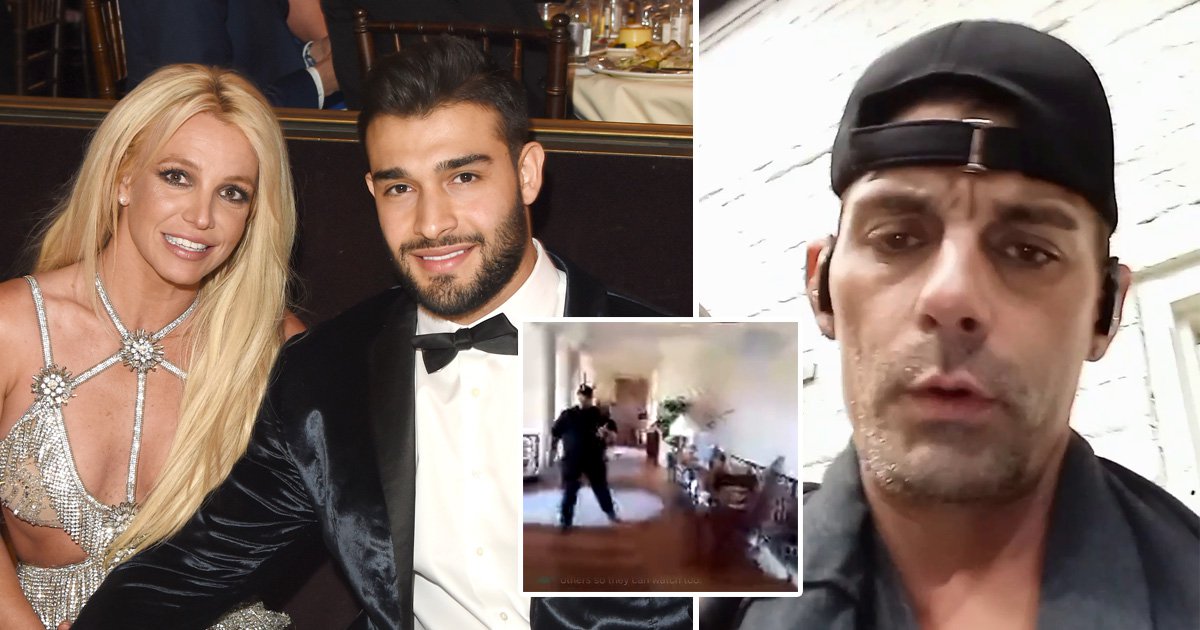 Jason Alexander has been sentenced to 128 days In jail after he entered Britney Spears’ property and attempted to crash her wedding to Sam Asghari.

Ahead of the singer’s wedding in June, Alexander live-streamed himself forcing entry to Spears’ home and trying to access the wedding.

Alexander had initially pleaded not guilty to the charges but a judge ruled that the evidence against him was substantial enough to take him to trial.

On Thursday, Alexander was found guilty of aggravated trespassing and battery, US Weekly reports.

He has been sentenced to 128 days in jail, while also being granted a ‘no contact’ protective order preventing him from contacting Spears or her security guard Richard Eubeler.

Security had tackled Alexander, who was a childhood friend of the Toxic star and who was famously married to her for 55 hours in 2004, after he entered her home.

He was heard saying on his live streamed video: ‘She’s my first wife, my only wife. I’m her first husband, I’m here to crash the wedding.’

Despite gaining access to the house, Alexander did not manage to interrupt Spears and Asghari’s wedding and the couple were married later in the day in front of a small handful of guests, including Madonna and Selena Gomez.

At a preliminary hearing in June, Eubler told the court that Alexander was able to get to the second floor of Spears’ property, and tried to open her locked bedroom door ‘multiple times’ while she was inside.

‘I was just at the staircase and that’s when he backed up and started reaching out of his right hand pocket,’ he testified via the New York Post, stating that he saw Alexander enter the home but that Spears was initially unaware of his presence.