Britney Spears with new security as boyfriend says they're married 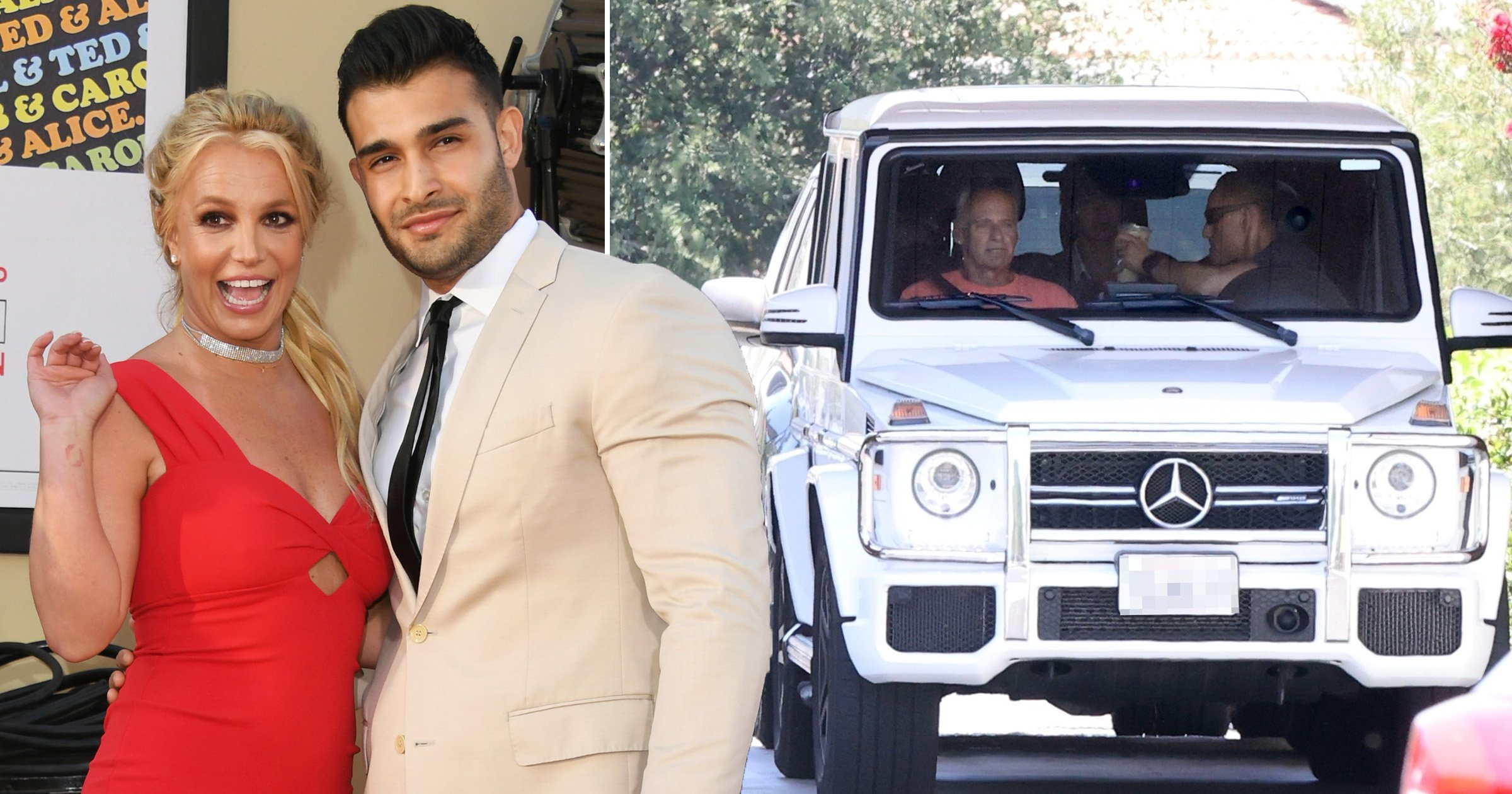 Britney Spears’ boyfriend Sam Asghari has joked that the pair have been ‘hitched for years’ amid rumors that the duo are secretly engaged.

After photos of Britney wearing a large ring on her engagement finger emerged earlier in the week, fans had been excited about the prospect of the singer and her boyfriend of five years taking their relationship to the next level.

However, the 27-year-old playfully reacted to the claims on Wednesday when TMZ congratulated the fitness lover on his ‘engagement’.

The actor replied: ‘People don’t know but we’ve been married for about five years. We secretly got married in Hawaii.’

With a teasing smile on his face, he added: ‘And, yeah, we have twins. Peace.’

Following Britney’s recent revelations in court that she would love to get married and have children with Sam, fans shouldn’t count out the chance of a real engagement happening in the future.

However, the singer will have to successfully complete her fight to make changes to her ‘abusive’ conservatorship for that to happen.

During her shocking testimony, Britney said she wants to start a family with Sam, who she has been dating since 2016, but has allegedly been blocked from removing the device, also known as intrauterine contraceptive device or coil.

An IUD is a method of birth control that is inserted into the uterus to prevent pregnancy. They are one form of long-acting reversible birth control.

The singer has since made progress in her mission to gain more independence within her conservatorship after she was granted the chance to chose her legal representation.

Meanwhile, the star was recently pictured being driven to Starbucks by a new security team in her Mercedes G Wagon on Wednesday.

It came after Britney vowed to keep speaking out about her situation – and warned that she’s ‘not even close’ to being done.

The singer took to Instagram to tell her followers: ‘So I said “life goes on” in one of my recent posts but it’s always easier said than done!!!!!

‘In that moment that’s what felt was the easiest to say but I think we all know that I will never be able to let go and fully move on until I’ve said all I needed to say … and I’m not even close!!!!’

Britney added: ‘I was told to stay quiet about things for so long and I finally feel like I’m just getting here.’

The mum-of-two had appeared in court in June to plead with the judge to end her conservatorship, which has been in place since 2008.