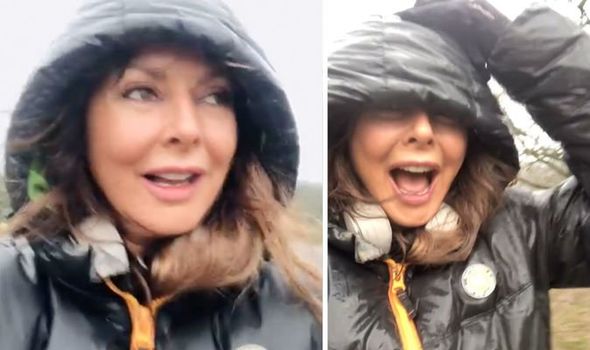 Carol Vorderman had to battle the elements when she went outside for her daily exercise today, amid the national lockdown. The TV and radio star documented her wet and windy walk and took to social media to share the footage online.

Carol, who is still getting to grips with Instagram, shared several videos in view of her 79,300 followers.

The windswept BBC Radio Wales presenter could be seen struggling to cross a bridge in strong winds.

The former Countdown star, who was dressed in a warm outdoor coat, still had a smile on her face as she got whipped up by the elements.

She was later forced to walk backwards when it started to rain, as it hurt her face. 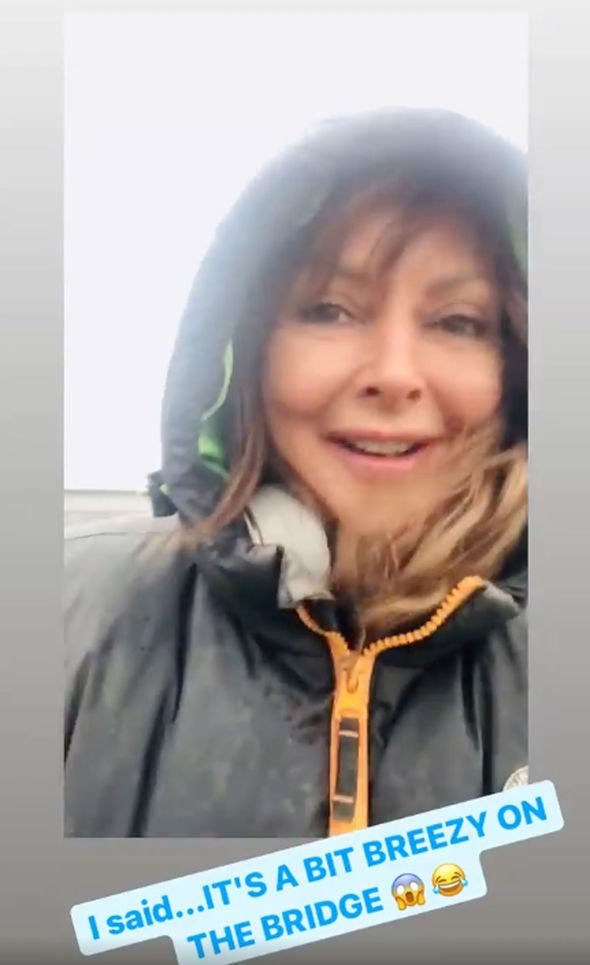 Carol, who turned 60 last month, attempted to talk on the video, but could hardly be heard above the noise of the wind.

“I said… it’s a bit breezy on the bridge,” she captioned her footage.

A second post saw her change direction to complete her four mile outing.

“Walking backwards cos the rain is owwwwwwww on my face,”(sic) she added, followed by several laughing emojis. 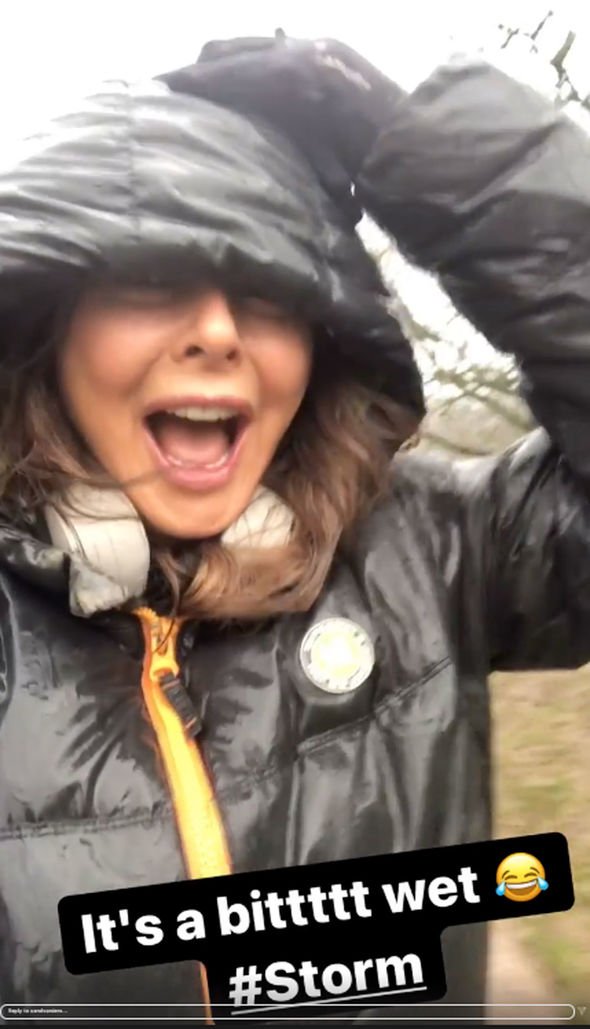 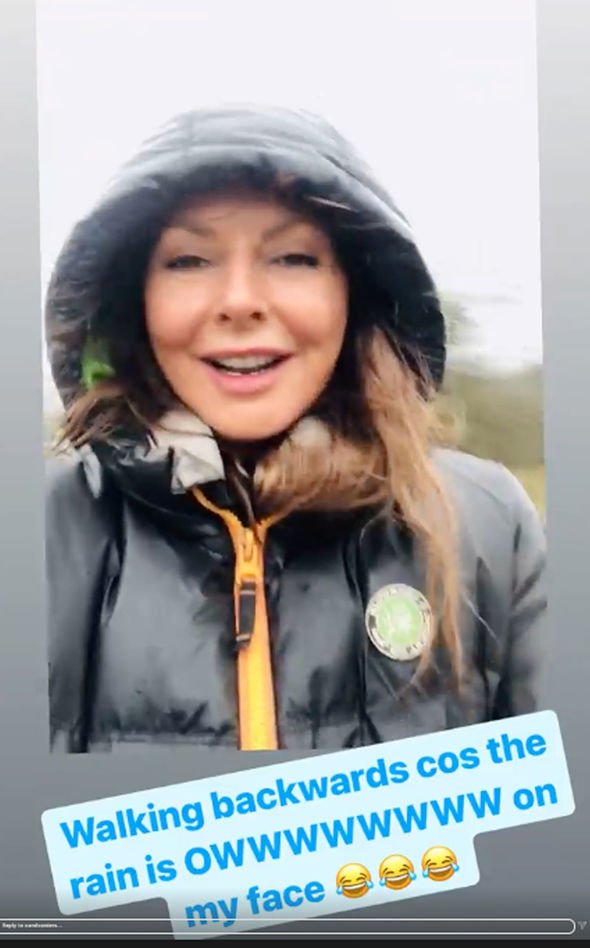 The television star, who is currently on the small screen in a new BBC show Closer To Home, also posted her updates on Twitter.

Over on the micro-blogging site she spoke about her plans for the day.

Taking to the comments section of her post, Countryfile host Julia Bradbury said: “Mind yourself Hen, you might get blown away.”

To which, Carol, who has previously spoken about her love for hiking, added: “Only got 4 Miles in today….whoah it was lashing down.”

“Might nip out this aftie,” she added before revealing that she was going to complete a gym workout and do a bit of yoga on her day off.

Others took to the comments section of her posts to share their thoughts.

“Love walking in the rain,” another added.

“You still manage to look gorgeous!” a third remarked.