Chris Packham took to Twitter last night after a social media user got in touch to draw attention to a local wildlife issue. The Springwatch host retweeted the post and blasted the council involved, telling them people don’t want their “green spaces destroyed and their biodiversity ravaged”.

The original tweet included a picture of the freshly mowed meadow and explained the consequences for the plants and wildlife.

“@SouthamptonCC‘s contribution to Earth Day was to mow the meadow area next to the golf course driving range.

“There was a huge patch of ladies smock [Cuckoo Flower] & now less resilient to drought, the orange tip butterflies that were there are gone & any eggs they’ve laid won’t hatch,” it sadly read. 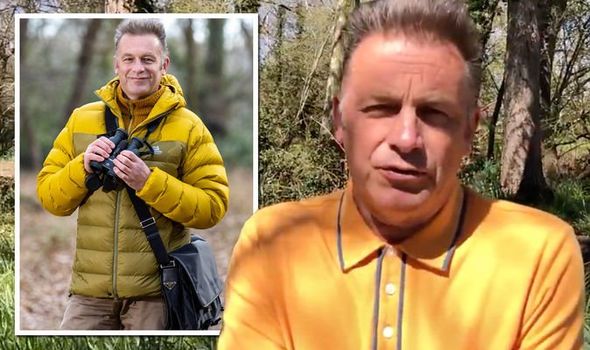 “Can I ask the relevant department at @SouthamptonCC what the bl**dy hell this is about,” the naturalist exclaimed in reply.

“Wake up! People have!

“They don’t want their green spaces destroyed and their biodiversity ravaged.

“It beggars belief – get a grip, get organised and help not hinder nature’s recovery,” his post continued. 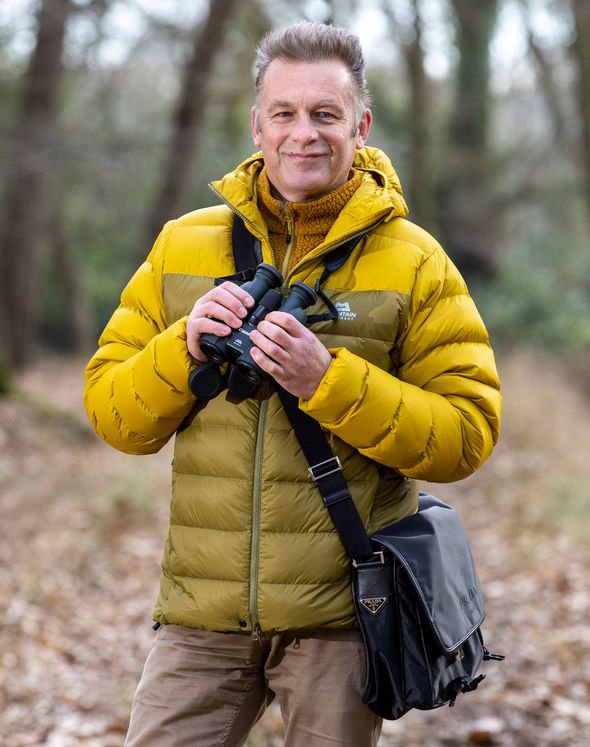 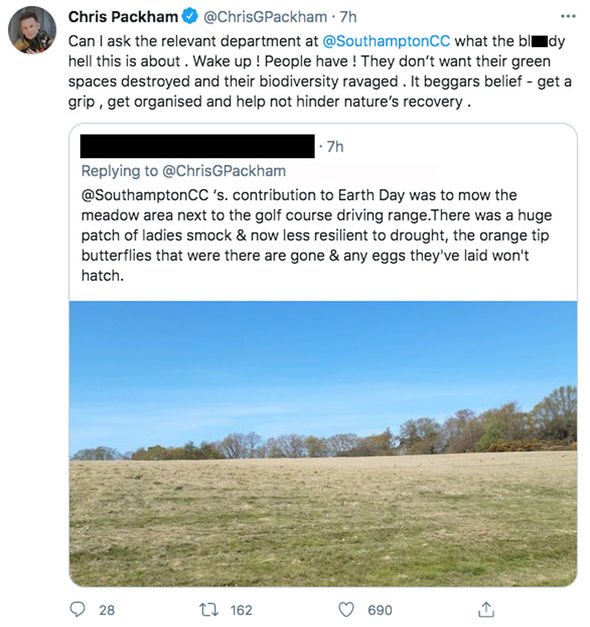 “Happens all the time I’m afraid – the verges are about to burst into life at this time of year and soon as they do the council mowers will be out to destroy them,” one person wrote.

“This is so bl**dy annoying from people in power. They give lip service to being in touch with the environment, yet they allow this to happen,” another added sharing a similar sentiment.

A third thanked Chris for drawing attention to the issue.

“Keep up the fight Chris. Nature lovers like myself appreciate you being a loud and determined voice for us all, and more importantly, for all the natural world around us,” it read.

Earlier in the day, the TV star, who turns 60 next week, received a similar complaint.

Alongside a video showing another meadow which had been mowed, a Twitter user wrote: “Yesterday this meadow was ablaze with cowslips, now gone! So frustrating!!

“I contacted the council & they did say they’d tell the contractors to avoid them, but seems the message has got lost.

“Pls write to your councils if you feel the same #nomowmay @Love_plants @GamlingayPC.”

Chris again shared the post with his 460,700 followers and threw his support behind the complaint.

“I’m afraid it looks as if @GamlingayPC have failed in their simple duty to protect their communities biodiversity and the natural resources their constituents need for their quality of life.

“It’s not brain surgery is it – just tell the man with the mower where not to mow!”