The two are frequent critics of President Trump and vocally supported Biden throughout the campaign and celebrated the projected victory with a dance.

On Saturday, Teigen, 34, shared a video on Instagram of herself and her 41-year-old husband dancing to the song "FDT" by YG and the late Nipsey Hussle.

The song is an anti-Trump anthem, as the lyrics "f–k Donald Trump" are repeated throughout the song. 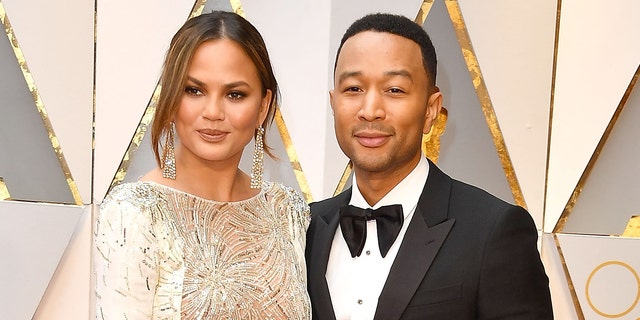 In the caption of the clip, the star tagged Trump and several members of his family: Eric Trump, Donald Trump Jr., Ivanka Trump and Jared Kushner.

They also celebrated with a festive drive through West Hollywood, hanging out of the windows and standing through the sunroof to cheer as they passed enthusiastic crowds.

They blasted the song and sang along during their cruise.

Reps for Biden did not immediately respond to Fox News' request for comment.

"FDT" by YG feat. Nipsey Hussle was originally released in March 2016. It peaked at No. 10 on Billboard's Bubbling Under Hot 100 chart in November of that year and No. 50 on Hot R&B/Hip-Hop Songs. 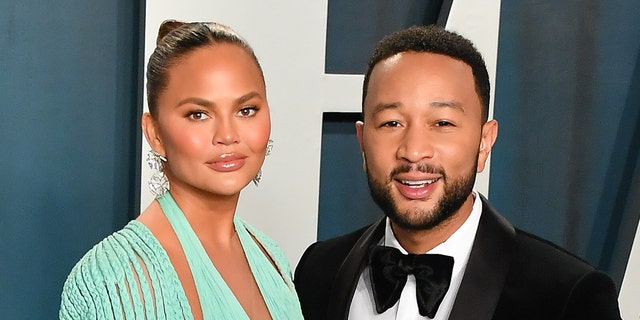 Chrissy Teigen and John Legend also drove through the streets of West Hollywood playing the song out loud for crowds to sing along to. (Photo by Allen Berezovsky/Getty Images)

As the election results have slowly rolled in and Biden was declared the projected winner, "FDT" has seen a resurgence in popularity.

According to multiple reports, the song hit No. 1 on iTunes on Saturday. Billboard reports that "FDT" was downloaded 3,000 times on Saturday, which was a 740% increase from the day before.

As of publication Monday evening, "FDT" sits at No. 5 on iTunes' general charts and No. 3 on the platforms Hip-Hop/Rap chart.

END_OF_DOCUMENT_TOKEN_TO_BE_REPLACED

END_OF_DOCUMENT_TOKEN_TO_BE_REPLACED
Recent Posts
We and our partners use cookies on this site to improve our service, perform analytics, personalize advertising, measure advertising performance, and remember website preferences.Ok