Ciara took to Instagram to share an eye-catching video of herself looking confident and fit in a bodysuit and various styles of boots as she promoted ‘LITA by Ciara.’

Ciara, 35, is looking amazing in her latest social media video! The singer showed off her fit figure while dancing in a black long-sleeved bodysuit and different versions of boots from her LITA by Ciara shoe line on Oct. 6. She had her long straight locks down for each clip and added sunglasses to her look as well as bracelets and rings.

During the video, she kicked up her foot to the camera before each new reveal and flaunted all kinds of the stylish boots, including a pair of white zip-ups, black tie-ups, and even a leopard print pair. She matched the latter with a leopard print bucket hat as she continued to strut her stuff in front of the lens. Mirrors could also be seen behind her as she stood in a narrow area that appeared to be in a closet of some sort.

“Choose Your Fighter 🥊@LitaByCiara Combats,” Ciara captioned the post before it was met with a lot of compliments from fans. “It’s the body after 3 kids for me,” one fan wrote, referring to how the beauty is a mom-of-three. “Ciara you’re amazing,” another fan wrote while a third called her “beautiful.” 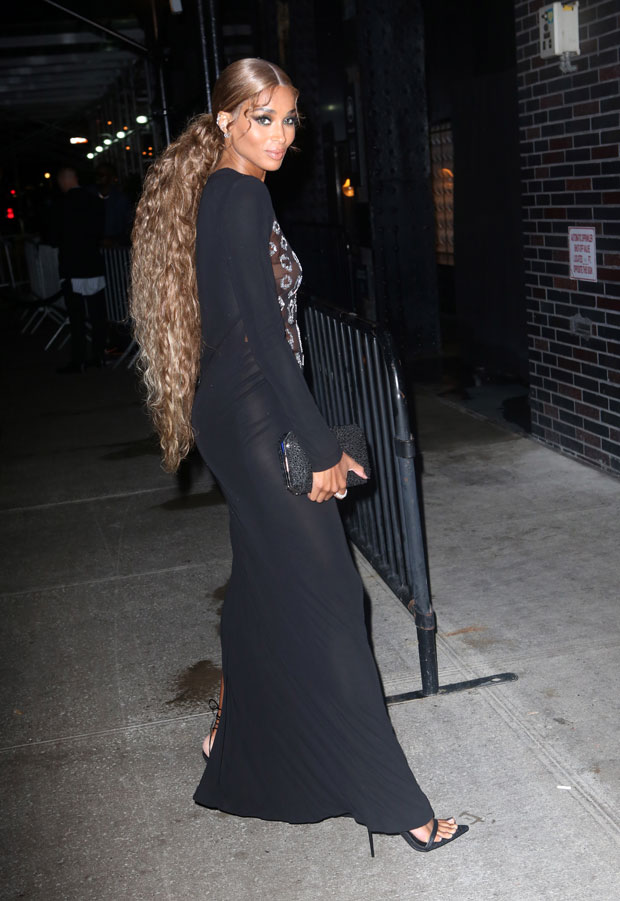 Before her latest post, Ciara made headlines for wowing a cutout dress at the 2021 Met Gala three weeks ago. The neon green and silver dress was made to look like a Seattle Seahawks jersey, honoring her husband Russell Wilson, who plays for the team. She looked incredible while posing for epic pics on the red carpet of the event and had her long wavy locks pulled back into a low ponytail that went perfectly with the look.

When Ciara’s not getting attention for her solo videos and pics, she’s getting it for her adorable children. Her one-year-old son Win walked and danced in one of her recent Instagram videos while wearing the cutest suit after his dad Russell made history when he became the fastest quarterback in NFL history to reach 100 wins. The proud mom had the song “We Are the Champions” by Queen playing over the clip and it was truly a memorable moment!