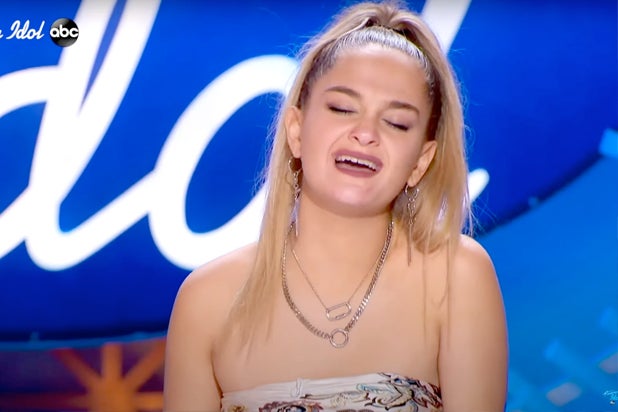 Claudia Conway’s audition on the Sunday season premiere of ABC’s “American Idol” was panned for being “cringe-worthy,” but ABC took the most heat from critics who viewed the network’s promotion of the 16-year-old daughter of GOP power couple Kellyanne and George Conway as exploitative.

“Katy Perry saying ‘honey, you’re not going to DC, you’re going to Hollywood!’ to Claudia Conway on American Idol at the conclusion of her audition is almost dystopian at this point,” mused one Twitter user.

Meanwhile, TV critic Daniel D’Addario’s slam of the show for “exploitation of a minor” racked up thousands of retweets in the hours following the girl’s on-air debut, in which she sang two songs and won the right to advance in the primetime singing competition.

A representative for ABC did not return a request for comment.

The uncomfortable dynamic in the Conway family is well-known thanks to 16-year-old’s social media, where she has regularly posted criticism of her famous parents, her desire to seek legal emancipation from them for their treatment of her — and also revealed her “American Idol” audition last fall.

Last month, police in Alpine, New Jersey, investigated Kellyanne Conway after a topless photo of Claudia briefly appeared on the mother’s Twitter account. Alpine Police did not respond to a request for comment on the case Monday.

The conflict between mother and daughter didn’t go entirely unaddressed during the audition, though there were no concrete disclaimers or notes about more recent events. Judge Katy Perry asked Conway point-blank if she was “OK” repeatedly through her audition.

For many viewers, however, Perry’s wellness check and pep talk weren’t quite enough.

One Twitter user sarcastically wrote, “Glad that Claudia Conway is getting the help she needs by getting more famous, something that usually helps people and families in crisis.”

Journalist Soledad O’Brien tore into ABC and “Idol” for “their efforts to rehab the reputation of a horrible human.” She tagged Conway’s mother Kellyanne.

Sportswriter Vincent Frank said, “That Claudia Conway thing was cringe-worthy. ABC taking advantage of her in that manner. Guess we are not better in 2021. Bless her.”

Notably, when Conway confirmed last week that she would be appearing in the premiere of the show, she added that it was “Idol” that reached out to her and offered her the chance to audition after she posted a video of herself singing on social media.

Conway advanced to the second round of auditions and will appear on the show again in a few weeks.