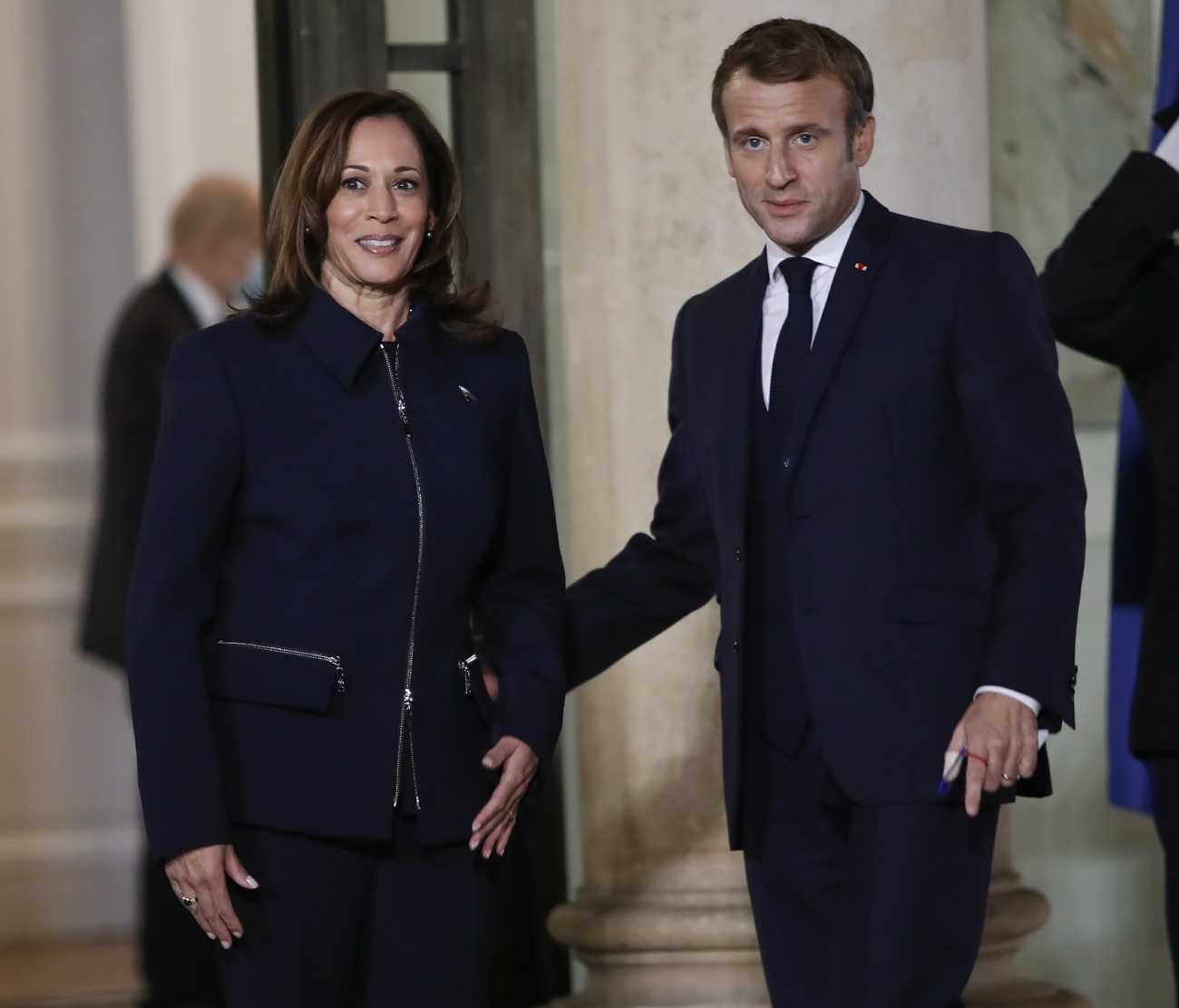 Vice President Kamala Harris COOKS. She cares about food and she cares about cooking food. She’s widely known as someone who enjoys cooking at home for herself, her husband and her extended family. So while VP Harris was in Paris the week before Thanksgiving, she had a little time and she stopped into the high-end Parisian store E. Dehillerin to look at cookware. She ended up making some purchases:

Vice President Kamala Harris spent over $500 on cookware in a Parisian shop amid rising inflation and economic uncertainty at home in the U.S. The vice president visited the shop on her four-day diplomatic trip to Paris last week, reportedly dropping 516 euros on pots and pans at high-end cookware store E. Dehillerin.

Harris took home a serving dish costing around $375, a frying pan around $160, as well as a multitude of other kitchenware items, including a porcelain egg dish and a copper cleaner, according to the store, which disclosed the amount of the purchase to the Washington Free Beacon.

By comparison, a Mauviel copper saucepan carried by luxury brand Williams Sonoma — based in Harris’ home state of California – is priced between $200 and $285.

I wouldn’t spend that much money on cookware, which is mostly because I wouldn’t get my money’s worth out of it. I don’t cook that much and when I do, it’s just for, like, boiling water for pasta. But I admire people who love to cook and people who make big investments in good cookware. There were rumors that Harris bought pieces from Le Creuset, a brand known for being the Rolls Royce of cookware, but it looks like VP Harris actually just bought some equally nice copper pieces. Professional chefs and food critics gave her purchases the stamp of approval, with many noting that most home cooks should invest in quality pieces like this if they can.

Obviously, conservative media outlets are trying to make it sound like “Kamala Harris is out of touch because she spent $600 on cookware.” One year ago, we had a president who needed to sh-t in a gold toilet, y’all. He spent millions of taxpayer dollars on golf trips and security for his bucktoothed sons. Kamala Harris can spend her own damn money on cookware!!

Everyone in the replies is mocking the sh-t out of the GOP: