Celebrity hairstylist Jonathan Antin recalled a house call he made to rocker Courtney Love which left him feeling a little stunned when she got totally naked to have her hair shampooed. 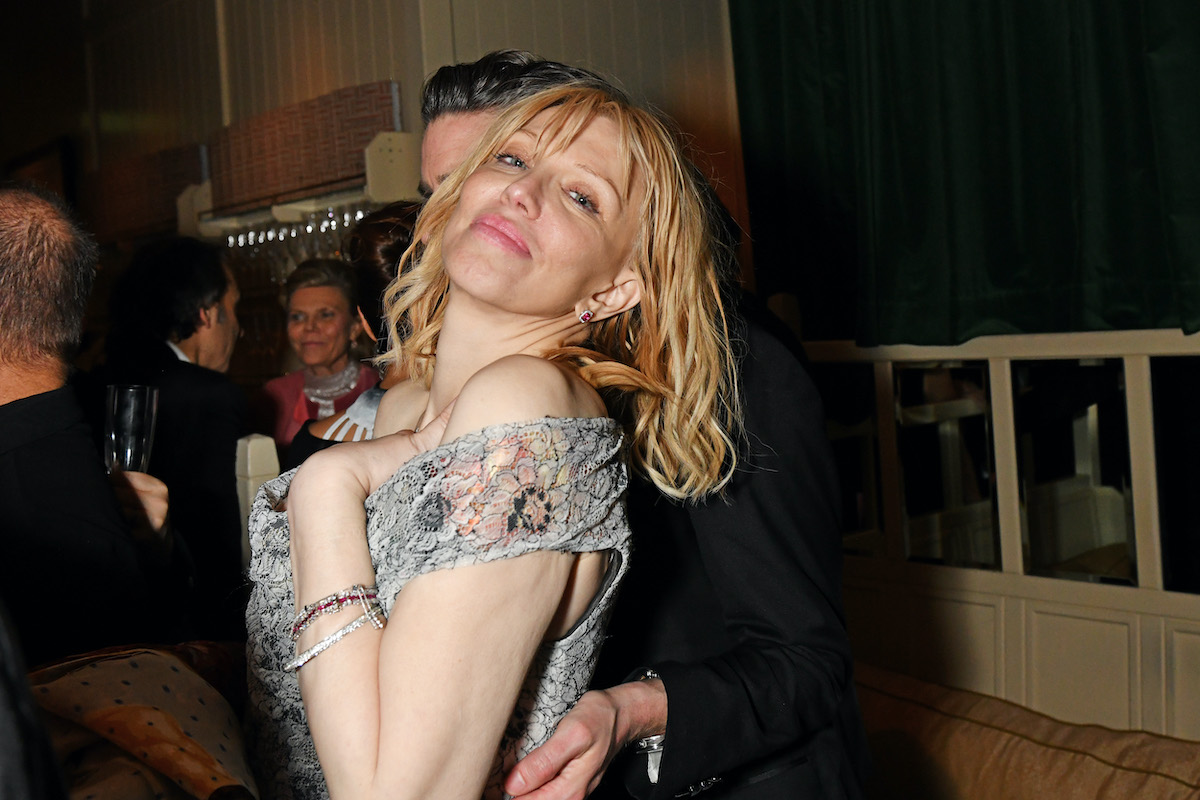 “So I go up to Courtney’s house and she’s like, ‘Hi, so I want bangs, but like, you know, not long bangs like here, you know, Jonathan better than I do’” he continued with his story. “So I go up to the house and the assistant brings me in and I say hi to her. She’s like, ‘Yeah. You know, just do what you think. This is kind of what I want.’ I was like, OK. A little crazy at the house, you know, as I’m sure you can imagine.”

That’s when Love wondered if they should wash her hair before he cuts it. “And I turn around and she’s standing there and she’s like, ‘So my hair is kind of dirty,’” he said. “‘I haven’t washed it in like, you know, I dunno a week or two. Should we wash it or, or not?’”

“And I was like, oh, yeah, maybe we should wash it,” he said. “You know, do you want to shampoo in the shower or go downstairs? And she goes, ‘No, why don’t you wash?’ And I was like, OK. We can do it in the sink and right here.”

And she goes, ‘It kind of hurts my neck to do it there.’ I said, OK, you can do it in the bathtub, but you got to lean over the edge. I’m going to put your head under and I can use the hose. We can do it like that. And she goes, ‘OK, yeah, let’s do that.’ So I said, OK cool. So I turn on the bathtub and I’m waiting for the water to get hot.”

That’s when Courtney Love dropped all of her clothes

“And I turn around to say, OK, come here. The water is warm Court. We can shampoo your hair,” Antin recalled telling Love. “And I turned around, head to toe – no clothes. I was like wait … um do you want to put something on? Because you know… and she was like ‘Nah, I don’t care. It’s OK. It’s just you.’ I was like, OK, it’s a little funky. And I shampooed her hair, you know?”

“I mean, that was basically the story, but it was definitely a bit of a shocker,” Antin said. “And her hair turned out fabulous, but it was like, ‘Oh my God, wait, hold on.’ You know, I’m a male hairdresser inside of a female’s, you know, bathroom. And you don’t have any clothes on, this is not OK.”

He isn’t sure if she was hitting on him but she said, “It’s cool, man. Don’t worry. Just shampoo my hair.”