David Muir and Kelly Ripa have one of our favorite A-lister friendships so of course David was on hand to praise his best friend when she shared a new magazine cover.

Kelly is promoting the release of her new book Live Wire and took to Instagram to share the new picture, writing: “If you heard, but I’ve written a book that hits the shelves TOMORROW!”

David commented” “Hi pretty,” which Kelly then liked. The two have been good friends for years, so much so that the Live with Kelly and Ryan star paid a heartfelt tribute to David in her book.

An extract from the book – which is released on 30 September – was posted on Kelly’s Instagram Stories over the weekend, and the message is included on a page of acknowledgements.

It read: “To David Muir, you are the backbone and moral compass I need sometimes.”

David has been hugely supportive about Kelly’s book and even took it out with him when he went for dinner the other night.

He took to his Instagram Stories to share a photograph of himself out enjoying dinner, and in his hand was Kelly’s book. “Brought you to dinner @kellyripa,” he wrote, sporting a cheeky grin, and Kelly returned the favor by sharing it on her own Stories by saying that she was missing him.

When Kelly announced that she’d be going on a tour in support of the book, the ABC News host touted himself as a fan once again when he commented: “Look for me in line.”

News of Kelly’s debut book was announced in July last year, with the former soap star sharing her excitement on Instagram Stories at the time. 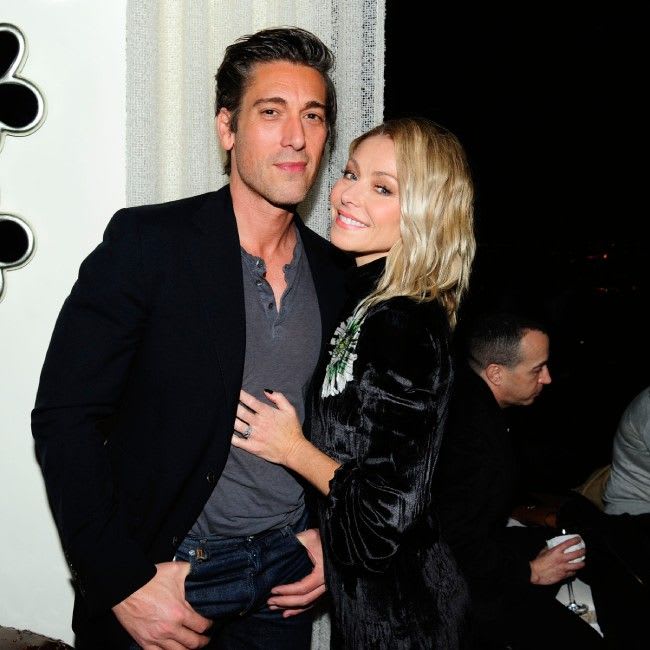 The two have been friends for years

Live Wire will include a “sharp, funny, and honest collection of real-life stories from Kelly Ripa, showing the many dimensions and crackling wit of the beloved daytime talk show host”.

It will also feature “a collection of personal essays on childhood, motherhood, marriage, her career and the intersection of all the above” and will be “surprising, at times savage, a little shameless and always with humor.”