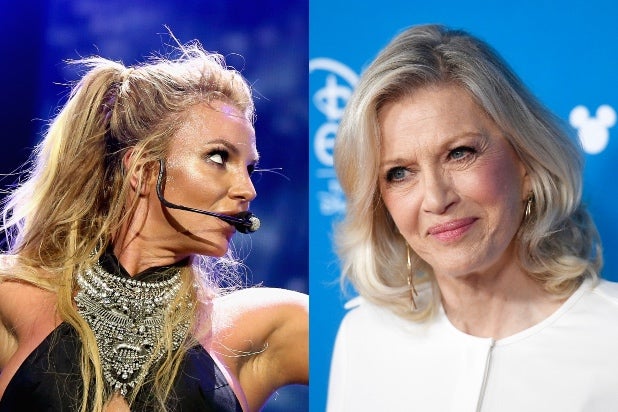 Journalist Diane Sawyer is among the public figures facing backlash after FX and Hulu’s release of “Framing Britney Spears” last week. The New York Times documentary looks at Spears’ life and everything that happened leading up to her conservatorship, including an old interview with Sawyer that made the pop star cry.

In the 2003 primetime interview, ABC News’ Sawyer pushed the then-22-year-old Spears about her recent breakup with Justin Timberlake. While Spears had been quiet about the split, Timberlake had embarrassed her in the press and made a music video implying she cheated on him. Sawyer asked Spears, “You broke his heart, you did something that caused him so much pain, so much suffering. What did you do?”

She also asked Spears about a recent quip from the then-first lady of Maryland, who’d said she would shoot the pop star if given the chance. Spears seems visibly appalled by the comment, while Sawyer seemed to defend it: “It’s because of the example for kids and how hard it is to be a parent.”

Duke Law’s Robert DeNault wrote on Twitter, “Legal questions aside, it’s eye-opening. The documented societal treatment of this talented young woman was sick. Lots of people should come out and say what they regret. Looking at you, Justin Timberlake, Jay Leno, and Diane Sawyer.”

Actress Farah Galfond said, “Every Britney interviewer from the old clips in #FramingBritneySpears that is still alive, owes Britney a public apology. You can go first @DianeSawyer.”

Sawyer and others, like Matt Lauer, were also called out in the press, years after their original interviews aired. BuzzFeed declared “The Media Failed Britney Spears” and highlighted Sawyer’s interview as its second piece of evidence to that end. An NBC News opinion piece suggested that Spears was “used for everyone else’s purposes” — including Sawyer, writers for “Family Feud” and more.

A representative for ABC News did not immediately respond to a request for comment.