Dog Groomed to Look Like the Grinch, Owner Accused of Animal Abuse 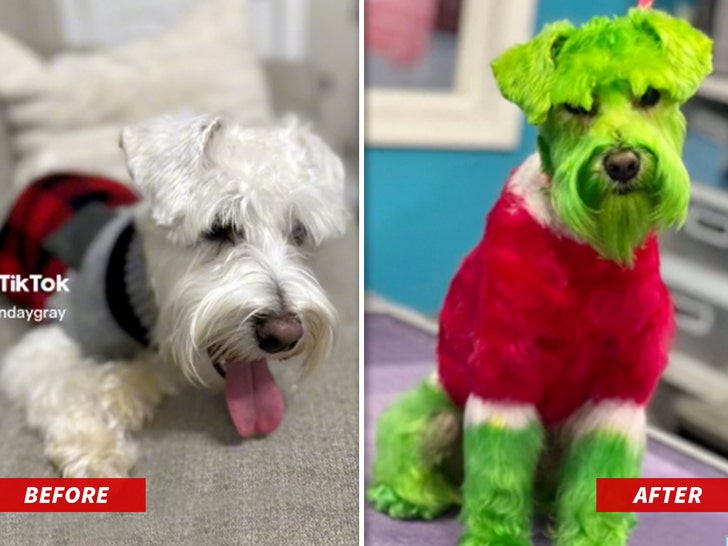 A dog owner’s going through a ruff patch … because she’s gettin’ called out for alleged animal abuse after making her pup look like the mean one himself, Mr. Grinch.

The TikToker showed off her dog’s transformation, going from its natural color to getting dyed green — and even red and white to resemble the titular character’s Christmas sweater.

The now-viral clip’s captioned “When your groomer slays making your dog into the Grinch,” but it might’ve gained traction for all the wrong reasons — because people are up in arms over the supposed mistreatment of the animal. 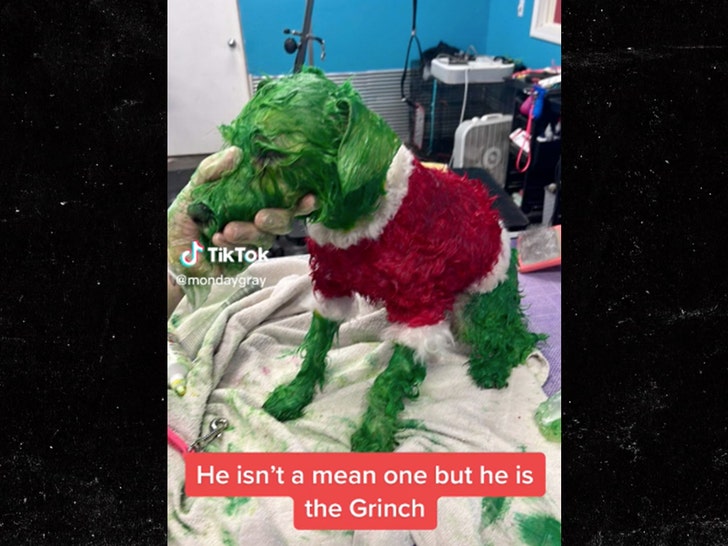 The comment section ran wild … with some saying “Kinda looks like animal abuse to me,” “Just because you can, doesn’t mean you should,” and “Poor Puppy.” Some were in the owner’s corner though — mentioning some dyes are pet safe.

However, some puppies have skin allergies and could get severe reactions in the process, but it’s unclear if this doggo fits the bill. 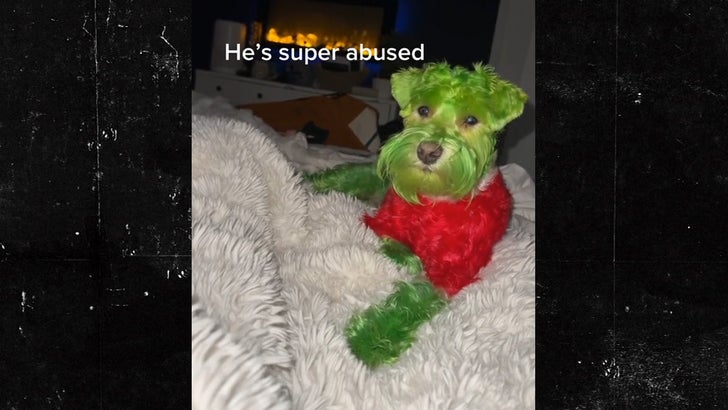 The owner clapped back to all the noise … showing the dog chillin’ on the bed with the sarcastic caption “He’s super abused.”

The pup’s still a lot more charming than an eel, that’s for sure!