Donald and Melania Trump are making their first official state visit to the U.K., where the queen is hosting a banquet at Buckingham Palace in their honor.

But not everyone has been quite so enamored with Trump’s visit to the United Kingdom. While members of the royal family and politicians gathered for the suave state dinner, protestors lined the gates at Buckingham Palace with a myriad of signs.

While a range of slogans were adopted, the protestors appeared to be sending a uniform message—that Trump was not welcome in Britain. 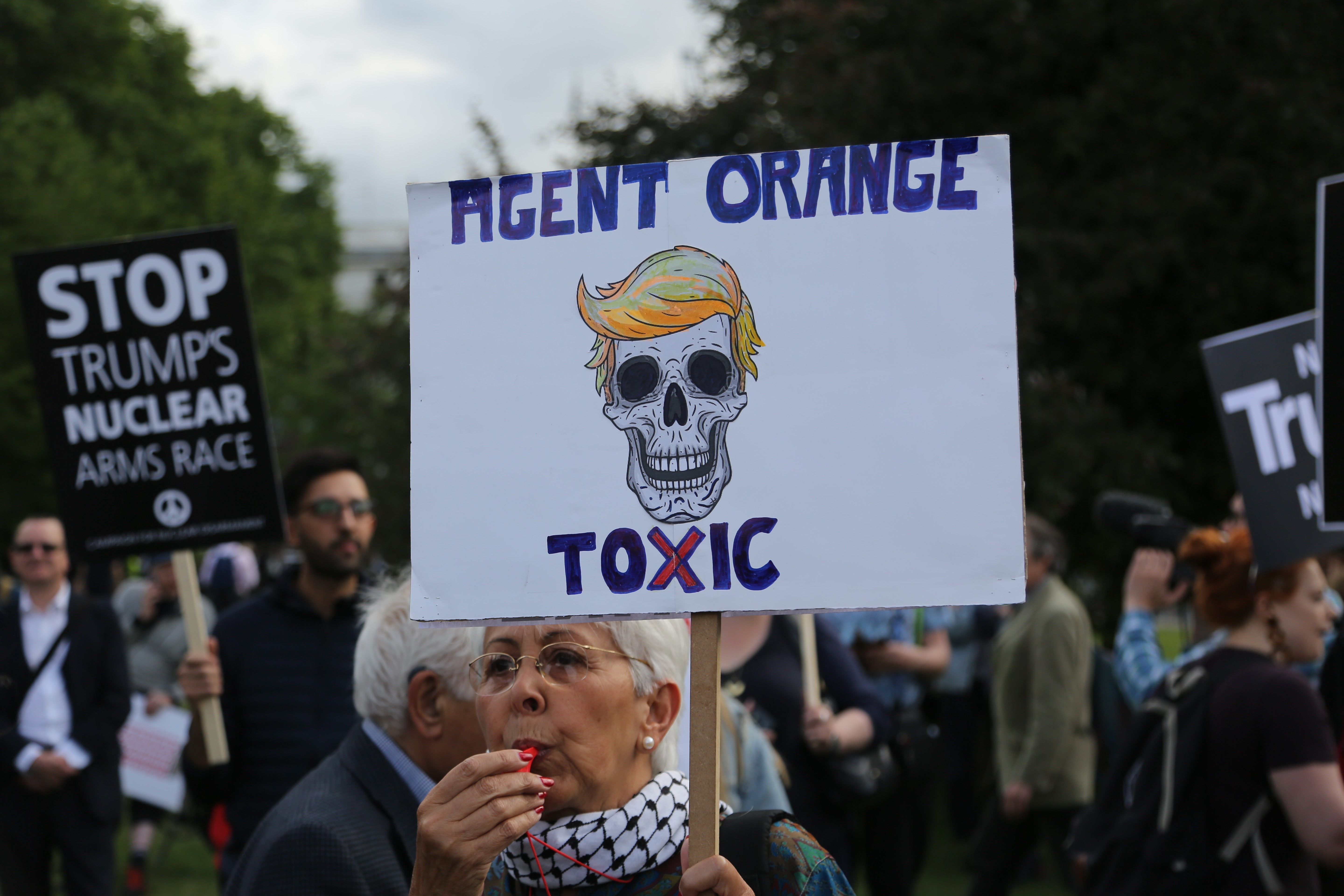 Trump’s unofficial trip to the U.K. in July 2018 was described by CNN as a “working visit,” and according to Evening Standard, “an estimated 250,000 people protested on the streets of central London.” The organization notes that 2019’s official state visit protest is “expecting similar numbers.” While it’s unclear exactly how many people have stepped out in 2019, it’s clear that a lot of people aren’t happy about Trump’s visit, or the fact that he’s been invited. 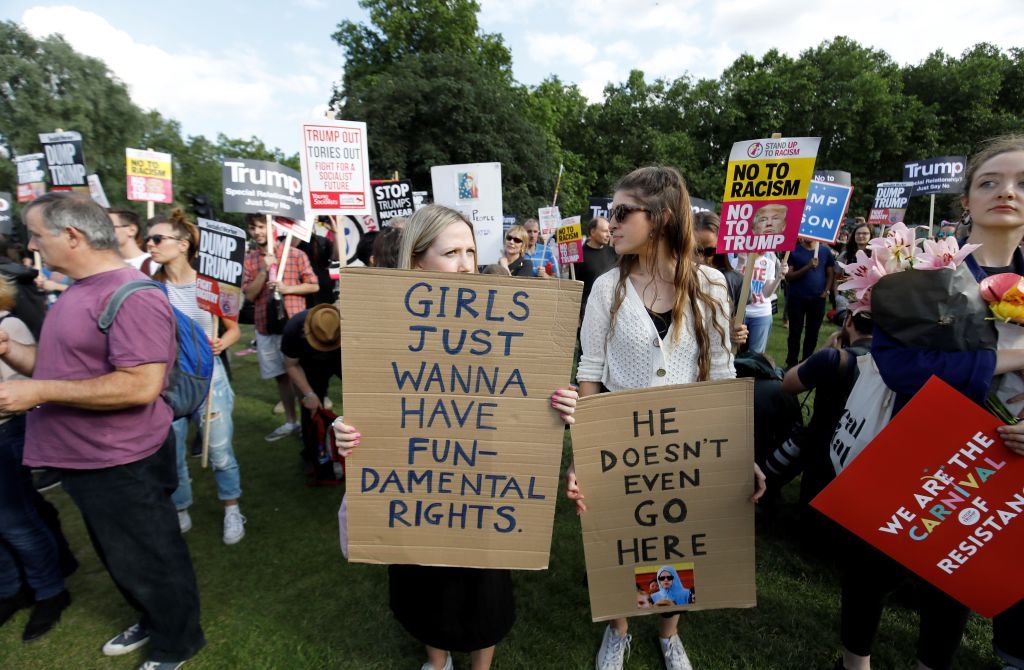 And the protests weren’t limited to the streets of London. Activists also projected Trump’s approval ratings, versus Obama’s, on to the Tower of London. Plus, a giant phallic shape was mowed into the grass just outside of Stansted airport, which is where the president’s plane landed.