Donny Osmond has been a fixture in Hollywood for over six decades and the accomplishment is not lost on the iconic performer.

While promoting his first-ever solo residency at Harrah’s in Las Vegas, Osmond told Fox News “reinvention” has been his key to longtime success in the entertainment industry.

The former teen idol said he thought long and hard about how to make his new Sin City show different from the others. Osmond previously performed in Las Vegas with his sister, Marie Osmond, for 11 years. The siblings’ final show was in 2019.

“It’s completely different than the ‘Donny and Marie’ show because this show I set out to do the entire six-decade career in ninety minutes… How do I start and tell the story of six decades in ninety minutes? So I do it in ten minutes. I do this rap and it’s very Hamilton-ish kind of a thing where everything is set to a rhyme. It all began in Utah I was four years old…” he hinted. 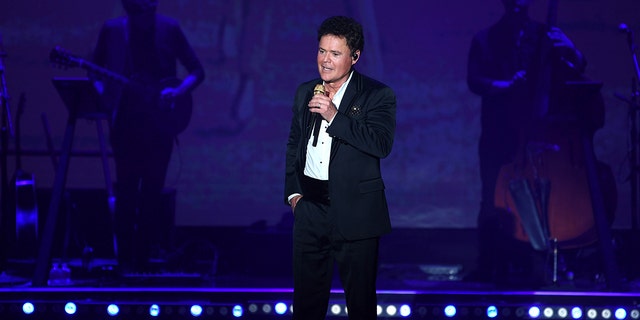 Osmond further teased how the show will keep him on his toes because every night there is an improv section where he will take requests from the audience.

“Any song I’ve ever recorded on any album [is fair game],” he said. “We don’t know what’s going to happen. It changes every night.”

Along with his residency, Osmond is releasing his 65th album, titled “Start Again,” which he described as “the story of my life and experiences that I’ve gone through.”

He added, “This album is the one I’ve worked the hardest on. I started it three years ago and wrote over 40 songs then narrowed it down to my favorite 12.”