Holy abs, Drake! The rapper showed off his shirtless physique after a boxing workout in a new gym selfie. Drake’s putting in the work, and it’s paying off!

Drake, 34, couldn’t resist a good gym selfie. The “One Dance” singer posted a shirtless gym selfie via his Instagram Story over Memorial Day weekend. After breaking a sweat taking the boxing bag to task, Drake stepped in front of a mirror to show off his ripped abs.

For the workout, Drake only wore a pair of black workout shorts, boxing gloves, and sneakers. Drake has been hard at work in the gym for months, and he continues to get results. He’s got the gains!

Drake is no stranger to a mirror selfie either. After winning Artist of the Decade at the 2021 Billboard Music Awards, the “In My Feelings” rapper posed for a mirror selfie with his longtime stylist Luisa Duran. For the selfie, Drake had his hands wrapped around her waist as she rocked a white dress for the night. However, Drake and Luisa are just friends. “You are truly like a brother to me,” she captioned the photo. A few days later, Drake was spotted out getting dinner in Beverly Hills with a mystery woman. 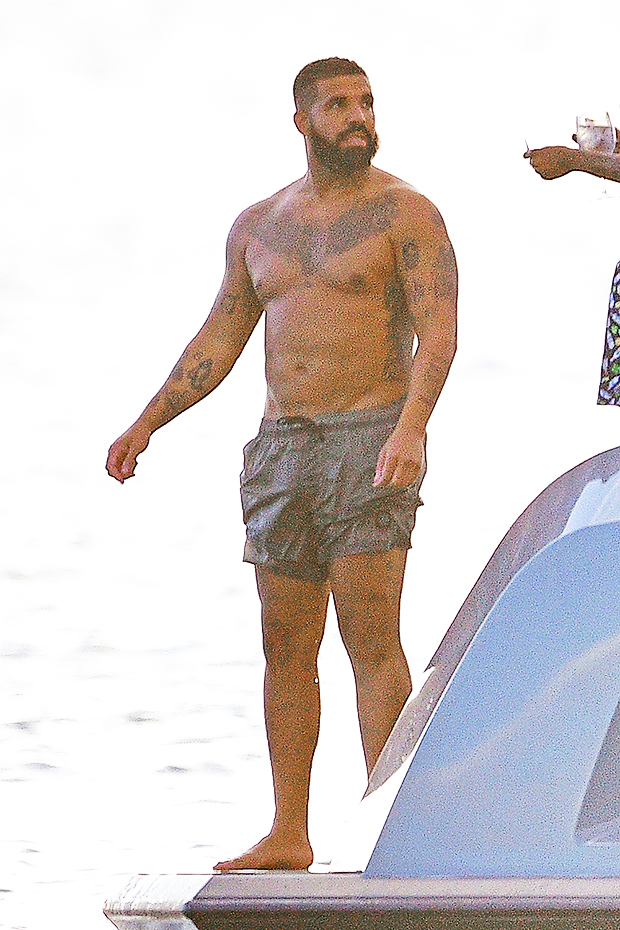 The Grammy winner didn’t just win Artist of the Decade at the BBMAs, he also made his first TV appearance with his adorable 3-year-old son Adonis. Little Adonis clung to his dad’s side as his dad made his acceptance speech in front of fans. “I want to dedicate this award to you,” Drake told his son. When Drake tried to lift Adonis up to the microphone, the 3-year-old started crying, and Drake put him down. He’s a shy one!

Drake teased his fans about a tracklist for his next album with a cute Instagram photo of Adonis. His son held up a whiteboard filled with scribbles and Drake captioned the Instagram photo of his son, “They keep asking for a tracklist… can’t seem to get one off!” Drake’s sixth studio album, Certified Lover Boy, will be released this year.