The GB News presenter Eamonn Holmes, 62, and former Strictly Come Dancing professional James Jordan, 44, have teamed up in order to educate others about the dangers of shingles after new research from GSK highlighted gaps in public awareness. The GSK-commissioned survey revealed that 48 per cent of participants incorrectly believed that they could catch shingles from someone else while four in 10 did not know that pain affecting a specific area of skin is a key feature of shingles.

This is precisely what happened to both James and Eamonn, despite the pair developing the skin condition in different areas of their body.

Speaking exclusively to Express.co.uk, Eamonn explained that he went to bed one day and woke up the next “looking like Quasimodo”.

“My face was covered in blisters,” Eamonn continued. “I had absolutely no idea what it was. I went to the doctors and they thought it could be shingles so asked if I’d had chickenpox.

“I had no idea but my mother told me I had had chickenpox as a youngster and that was the first bit of putting the jigsaw together.

“Because of my age and maybe stressful situations I have been in, my immune system had been weakened and it’s no surprise I developed shingles.

POLL: Who do you want as the new James Bond? 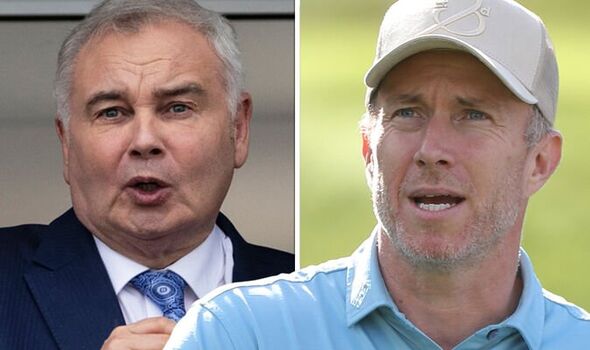 “But it was awful, that is the only way I can describe it. It was like having just bigger versions of cold sores over my face.”

Due to the location of Eamonn’s shingles, he was forced to have three weeks off of work, but disappointingly the virus struck on the weekend of his eldest son’s wedding.

Sharing his story, James explained that he was in a similar situation to Eamonn, having discovered his shingles whilst holidaying with his family, including wife Ola Jordan and daughter Ella.

He explained: “I was on holiday, with my mum, Ola and my daughter.

“My dad had just passed away. And again, like Eamonn said, I found it really hard and my stress levels were really high and my immune system extremely low.

“And that’s why apparently I was more susceptible to it. But initially, I thought it was sunburn. I was in the swimming pool with Ella. I remember thinking ‘Oh I’ve really burnt today’.

“Then Ola said ‘Oh, that doesn’t look very good. You’ve come out in a rash’ but I didn’t think anything more of it. Then at dinner that night I was going ‘My back is really sore’. Then when my mother looked at my back she went ‘That’s shingles’.”

Explaining that he didn’t take his mother’s advice seriously, it was another six days before James went to a doctor, who confirmed his worst fears were true.

Being on his lower back, James’ shingles were right where his trousers sat, meaning the scabs were always rubbing, making it harder for them to heal.

In addition, having missed the NHS recommended 72 hour window, where antibiotics are their most effective, James had to “grin and bare” his irritating condition until it healed on its own. 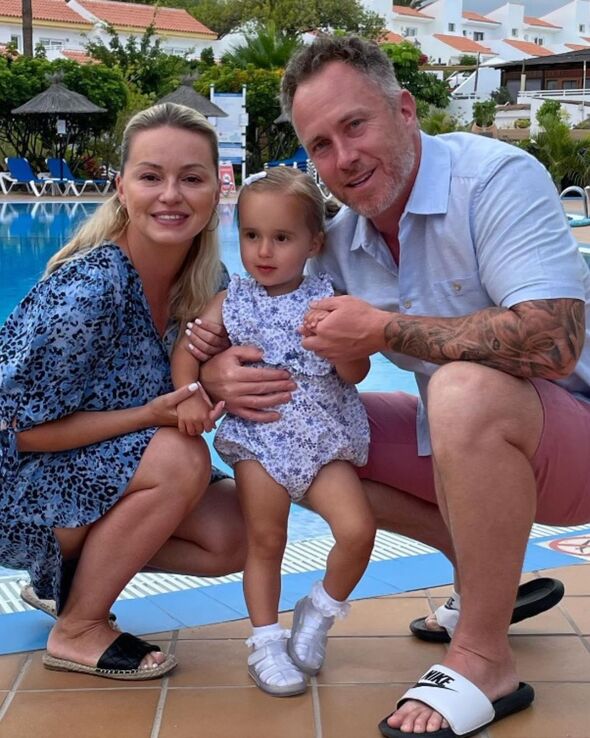 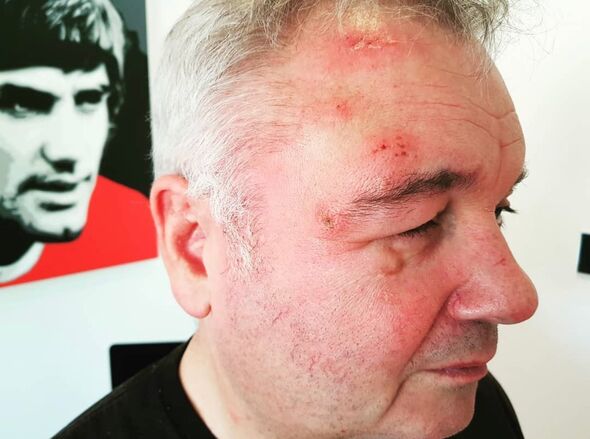 Luckily, both James and Eamonn do not suffer any long term side effects of the shingles virus, which is caused by the reactivation of the chickenpox (varicella zoster) virus. But since the ordeal, both have tried to limit the amount of stress in their lives, for fear of shingles returning.

James said: “I don’t believe I’ve suffered anything long-term but I mean I wouldn’t say I am particularly well at the moment. But as far as other issues, I don’t think they’re related to shingles in any way, shape or form.

“But my advice would be to try to control your stress the best possible way. I am a really stressful person anyway, and I find it really hard to control. I’ve always been a stressful person but just dealt with it and got on with it.

“But I think as I’ve got older now I’ve realised that it’s actually not doing any good to my body whether or not I believe in my head. I can deal with the stress in my head, what it’s doing to your body you don’t realise, that’s the thing and that’s what I’m noticing as I’m getting older. All these things, which I’m suddenly getting diagnosed with, apparently are brought on by stress. Stress can make you very ill sometimes.” 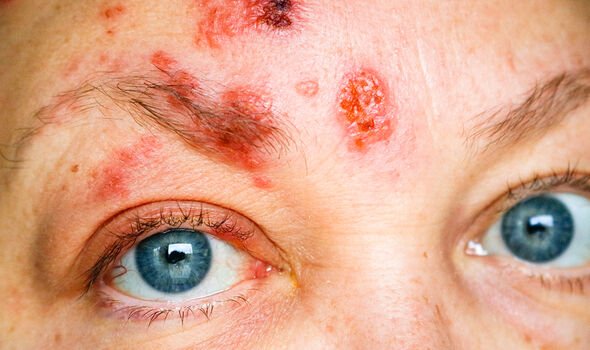 In agreement with James, Eamonn added: “I wouldn’t have been as aware of stress because I’m like the sponge that when I look back at my life, I’ve had incredibly stressful situations. And being in the public eye we are constantly judged and it sort of becomes we soak it up, we take it for granted.

“But we’re not really capable of soaking it up because there’s only so much you can soak up. So I think James has got a very good point there about just being aware of the dangers of stress.”

Dishing out advice to those who still might be unaware of what to look out for with shingles, Eamonn added: “I think you should realise straightaway that there is help available. There is diagnosis available. Go to the doctor, go to your health professional pharmacist, whatever.

“And you know, those guys will know better than most.”

Understanding Shingles is a campaign by GSK supported by Eammon Holmes and James Jordan, in partnership with the Shingles Support Society and Age UK. For more information visit www.understandingshingles.co.uk