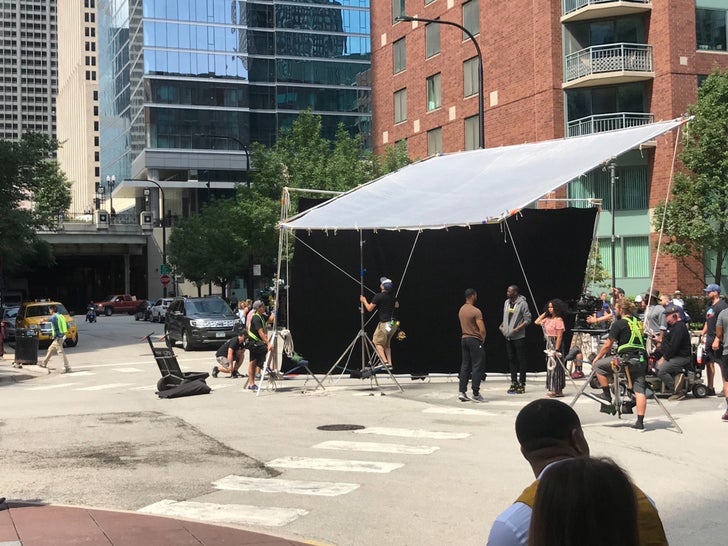 Art really does imitate life — the “Empire” crew is firing up its cameras pretty much exactly where their former star, Jussie Smollett, insists he fell victim to a racist and homophobic attack.

FOX had a bunch of crew members from the show setting up a shot Tuesday in Chicago … literally within a stone’s throw from where Jussie says the Osundairo brothers gave him a clobbering, poured bleach no him and left a rope around his neck.

The set is literally in the shadow of Jussie’s apartment building … it’s the high-rise with the reflective windows.

There are only stand-ins in these pics, but it’s clear “Empire” is getting ready to shoot something. No word whether they’re incorporating elements of Smollett’s real-life drama into the show — but this can’t be a coincidence … they’ve gotta know the significance of the location.

You’ll recall … Jussie said he got jumped around 2 AM on his way home from grabbing a sandwich, just near his apartment building on the 300 block of East North Water Street. 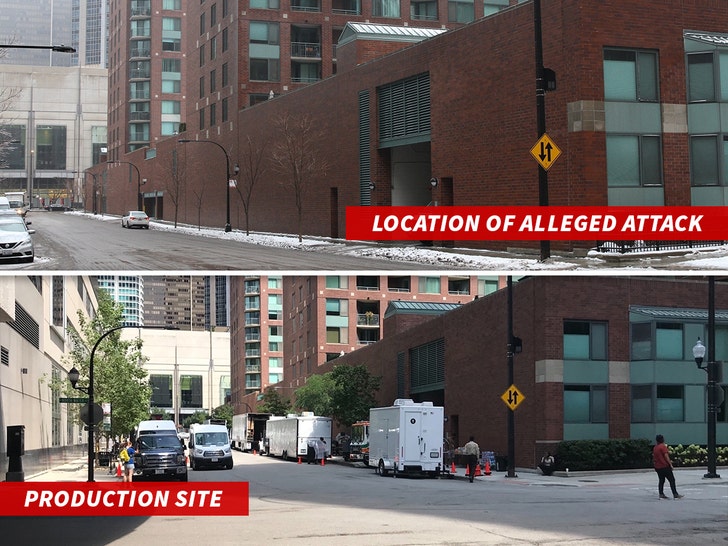 That’s where the “Empire” team had set up camp. To give you a visualization … here’s a side-by-side of the block where the attack allegedly happened, and where production trucks are now parked.

Of course, Jussie was eventually accused of lying and making the whole thing up, and got indicted by a grand jury too. He was cleared of all criminal charges though in a tit for tat with Cook County State Attorney’s Office — but he’s not out of the woods yet.

The City of Chicago is suing him for the cost of the investigation and then some, and Jussie’s currently in the middle of trying to fight it. 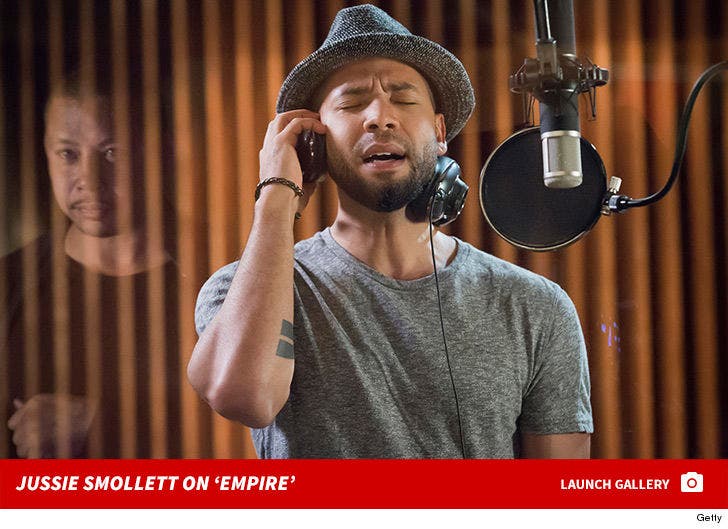 Jussie won’t be anywhere near the shoot … unless he just wants to go see old friends. FOX has already said it has no plans to bring him back for the new season.

Bebe Rexha To Perform At Annual ‘Grammy In The Schools Live!’

END_OF_DOCUMENT_TOKEN_TO_BE_REPLACED

The LSU Tigers have touched down in D.C. — finally! — but before meeting President Trump, the guys all took a trip to the National Museum of African American History and Culture. Everyone is there … from star QB Joe Burrow to RB Clyde Edwards-Helaire, WR Justin Jefferson and head

END_OF_DOCUMENT_TOKEN_TO_BE_REPLACED

Rick Rubin is no stranger to musical collaborations, but the super producer’s new project has him teaming up with a classic Cali brand that’s known more for shoes than song. Rubin unveiled a new capsule collaboration with Sanuk shoes this week, that re-imagines the footwear brand’s classic slip-on sandal. The

Star Trek: Picard begins on Amazon Prime Video very soon as viewers reunite with the beloved former captain of the Starship Enterprise who was last

Lord Of The Rings TV Show On Amazon Gets Cast Reveal

It may have already been renewed for Season 2, but there still isn’t a lot known about Amazon’s upcoming Lord of the Rings series, until

END_OF_DOCUMENT_TOKEN_TO_BE_REPLACED

END_OF_DOCUMENT_TOKEN_TO_BE_REPLACED
Recent Posts
We and our partners use cookies on this site to improve our service, perform analytics, personalize advertising, measure advertising performance, and remember website preferences.Ok