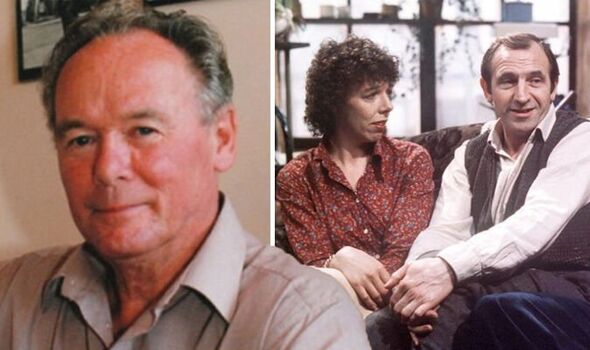 Eric Chappell, who wrote shows including Rising Damp and Home to Roost, has died aged 88. The sad news was announced by Emmerdale actor and writer Reece Dinsdale, who starred in one of his earliest programmes.

Reece, who played villainous Paul Ashdale on Emmerdale, had worked with Eric on sitcom Home to Roost back in 1984.

He played Henry Willows’ (John Thaw’s) unruly teenage son Matthew, who comes to live with his estranged father after his mother throws him out.

In view of his 74k followers, Reece wrote: “Just heard that Eric Chappell, the writer of #HomeToRoost, #RisingDamp & many other shows died on Thursday.

“Thank you for everything you did for me, Sir… your scripts were a complete joy to play.

He continued: “My love & deepest sympathies to his friends & family… RIP Eric”.

Graham Tulip replied: “You can see the interplay between Rigsby and Alan in you and John Thaw.

“No higher compliment to all four of you. Genius writer and brilliant actors.

“Not many left with his talent. You were privileged, as were we.”

To this, Reece replied: “Cheers, Graham.”

Writer Robert Harris wrote: “Our fathers worked together at a print factory in Grantham and used to swap stories about their sons.

“I loved Rising Damp. “Where’ve you been?” “To see Doctor Zhivago.” “Oh [pause, lowers voice] What did he say?” He always sounded a really delightful man. RIP”.

John MacPhee added: “Sad news Reece. It must be a very different and unique relationship between writer and actor.”

Reece replied: “I liked Eric an awful lot. I got his writing and he then wrote for me. Just a joy.”

Eric rose to fame in the 1970s, and Rising Damp originally started as a play which was moved to the West End.

It became a sitcom on ITV, winning a BAFTA for Best Situation Comedy in 1979.

In the show, divorcee Henry is perfectly happy living alone in London until his oldest child, Matthew, arrives to live with him after being thrown out by his mother.