Home » Celebrities » Gary Heidnik’s attorney talks ‘insane’ house of horrors killer in doc: ‘There was a method to his madness'

EXCLUSIVE: Chuck Peruto was just starting off his career as an attorney in 1987 when he chose to defend Philadelphia’s most notorious murderer.

The case of Gary Heidnik and his house of horrors is being explored in a new true-crime documentary airing on Oxygen titled “Monster Preacher.” It features interviews with investigators associated with the case, and it unites two survivors for the first time in 30 years.

Peruto, who sat down for the special, told Fox News he was initially stunned when he received that fateful phone call.

“When I got the call from Gary, I thought it was a prank by a classmate or friend,” Peruto recalled. “I didn’t believe he’d be calling me because I was only practicing for about eight years. But by then, I had gained some notoriety because I got lucky in my career. But that was really it. And I was fascinated by the facts. I wanted to at least check it out. After interviewing Gary, I was sold because I felt this guy was just so multifaceted. I couldn’t stop.”

Between November 1986 and March 1987, Heidnik lured six women into his home where he raped and beat them. His victims were all kept half-naked and chained up in his basement. He would play the radio at a loud volume to drown out their screams when he left the house, and then shocked them with electricity to keep them quiet.

The torture didn’t end there.

Heidnik killed two of his captives. According to testimony, he sawed up one victim and fed parts of the remains to the others. Another woman was electrocuted when Heidnik touched live wires to her chains while she stood in a water-filled pit.

“When I first met him, I thought he was really insane,” said Peruto. “There was no question about it. I went back and forth in my own mind of whether he was evil or just insane. Could he just be conniving? You keep going to different places when you review the evidence, but all in all, I reached my ultimate conclusion that he was clinically insane, but not legally insane.” 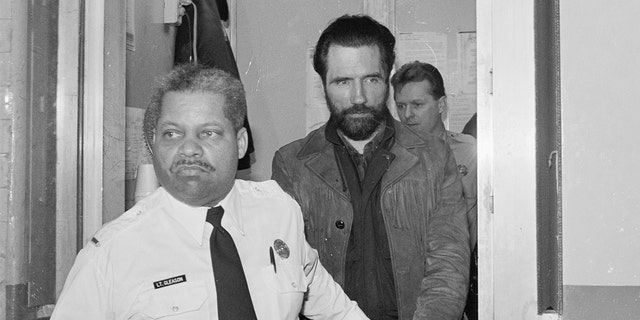 “When he was up for parole [for a previous assault]… he wrote on a piece of paper that he couldn’t speak because the devil put a cookie in his throat. They just looked at him. And then they said, ‘Mr. Heidnik, I think if you don’t tell us about your rehabilitation and your chances for success on the streets, you’re not going to be paroled.’ He wouldn’t budge.”

According to the documentary, Heidnik was a troubled child who suffered emotional abuse at the hands of his parents. He was faced with crippling anxiety and frequent bedwetting.

His younger brother, Terry F. Heidnik, would later tell the Philadelphia Inquirer their childhood was marked by frequent beatings at the hands of their father and their mother was an alcoholic. However, their father, Michael Heidnik, denied the allegations and insisted the children were raised in a normal household.

Terry also claimed that at age three, Heidnik fell 20 feet from a tree and suffered a severe injury that left his head misshapen. Children then began taunting him, causing Heidnik to become increasingly violent. 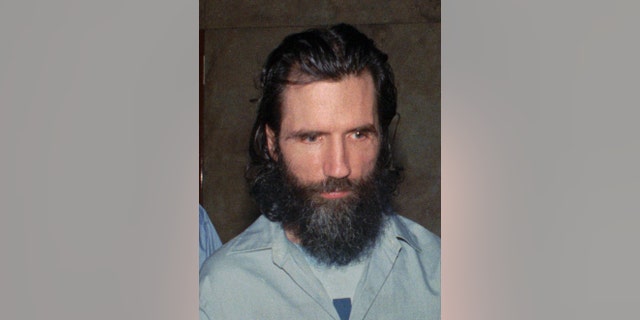 Gary Heidnik allegedly had a turbulent childhood before he embarked on his quest to create ‘the perfect race’ — no matter the cost.
(AP, File)

The Ohio-native went on to serve in the military for 13 months before being honorably discharged on the grounds of “mental illness.” Despite recommendations from the military, Heidnik was left untreated. Instead, he got a nursing degree. But after a brief stint at a veteran’s hospital, he was fired for poor attendance and rudeness. Heidnik also found himself failing in his love life, getting constantly rejected.

Then on Mother’s Day 1970, Heidnik’s mom committed suicide. He described the death as a “wake up call.” A year later, he formed the United Church of the Ministers of God in 1971. He went on to develop a following in his North Philadelphia neighborhood. In 1978, he had a daughter with follower Anjanette Davidson, who was mentally impaired. The child was placed in foster care.

In a rage, Heidnik signed out Davidson’s sister, Alberta, from a mental institution and imprisoned her in a locked storage room in his basement. When Alberta was found, she returned to the hospital, where an exam revealed she was raped, sodomized and had contracted gonorrhea.

Heidnik was arrested and charged with kidnapping, rape, unlawful restraint, false imprisonment, involuntary deviant sexual intercourse, and interfering with the custody of a committed person. Heidnik served three years of his sentence in mental institutions. When he was released on parole in 1983, Heidnik was adamant society owed him a family. 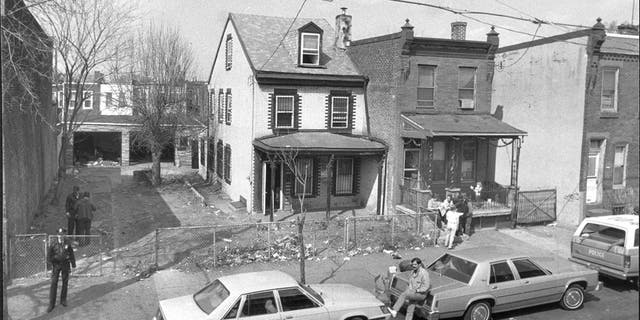 Gary Heidnik kept his victims shackled up in the basement of his Philadelphia home where they were repeatedly raped and tortured.
(Photo by David Rentas/New York Post Archives /(c) NYP Holdings, Inc. via Getty Images)

In his North Philadelphia community, Heidnik targeted poor Black women. After they were captured, the women were shackled in his basement where they were raped, beaten and starved repeatedly.  Heidnik then told them he wanted to create “the perfect race of children.”

“He believed the world was evil,” said Peruto. “He wanted to have a race of people with a Black mother and a White father where they would have no contact with the outside world and solely rely on his teachings. He literally would have church services when the girls were tied up in his basement.”

Peruto claimed Heidnik had no intention of killing the women.

“They expired from what he called ‘punishments,’” said Peruto. “He expected them to be completely obedient and carry his babies in a basement of a row house where he had no need to hear them scream or complain. He administered these ‘punishments’ through beatings and electric shocks. He would call them weak. But his intention wasn’t to kill them. He wanted to train them to have a perfect race in his basement. He wanted to have babies and raise them with no other contact from the outside world. That’s what he kept repeating during their captivity.” 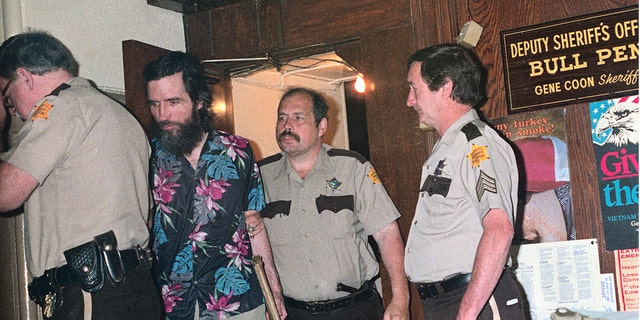 Gary Heidnik was arrested in 1987 after one of his victims finally managed to escape. He was convicted of two counts of first-degree murder, kidnapping, rape, aggravated assault and involuntary deviate sexual intercourse, PennLive reported.
(Getty)

Some of the other horrific punishments for disobedience included having screwdrivers poked into their ears and being dangled by their wrists above the concrete floor for hours, the New York Daily News reported.

Neighbors began to complain about a rancid smell coming from the house. When police arrived, Heidnik said he simply had been cooking. Then in 1987, one of his victims finally managed to escape and he was soon arrested. Heidnik was convicted of two counts of first-degree murder, kidnapping, rape, aggravated assault and involuntary deviate sexual intercourse, the news web site PennLive reported.

“He wanted to be executed,” said Peruto. “He firmly believed in his religion. He firmly believed he was going to get out of this evil world and into the next. He was not scared of being executed. He wasn’t afraid of death, not in the least bit.” 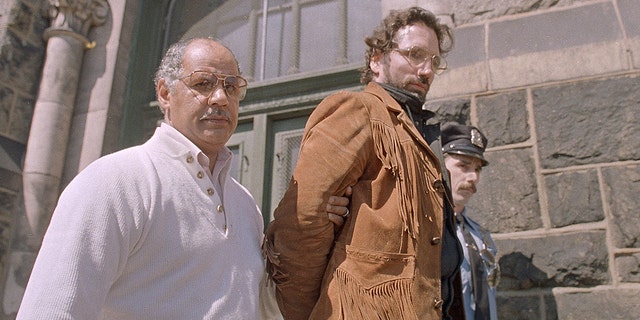 In 1999, Heidnik died at age 55 by lethal injection, making him the last man to be executed in Pennsylvania.

He served as inspiration for the role of Buffalo Bill in 1991’s “The Silence of the Lambs.” Peruto said the character “perfectly” captured Heidnik.

Peruto is aware people are still horrified he would defend someone like Heidnik in court. He said the criticism never bothered him.

“I’ve taken on unpopular cases before and they don’t affect me,” he explained. “I didn’t have time to worry about what the public thought of me. I’ve had people tell me, ‘I wouldn’t have touched that case with a 10-foot pole. Well, that’s because nobody asked you to buddy.”

Peruto hopes the documentary will show people how there can always be another Heidnik lurking in the shadows. 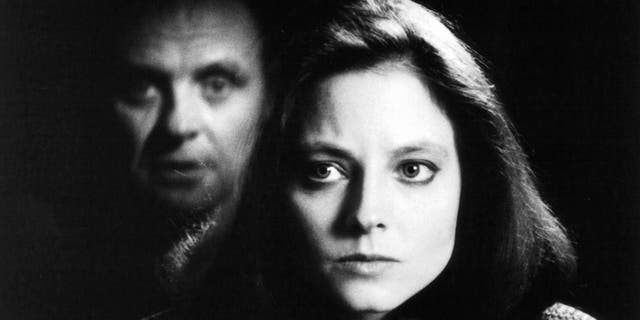 Gary Heidnik served as partial inspiration for the character of Buffalo Bill (Ted Levine) in ‘The Silence of the Lambs,’ which starred Anthony Hopkins (left) and Jodie Foster (right).
(Photo by Michael Ochs Archives/Getty Images)

“These people live among us,” he said. “And when they’re intelligent like Gary was, it’s an even more dangerous combination because they can get away with it for a long period of time and go unnoticed… But sooner or later, they will make a mistake.”