Heidi Klum stepped out looking gorgeous in a form-fitting long black dress while leaving a Malibu restaurant with her family on Labor Day.

Heidi Klum, 48, turned heads during her latest restaurant outing. The model wowed in a long black sleeveless dress with a plunging top as she left Nobu in Malibu, CA on Sept. 6. She was joined by her husband Tom Kaulitz, 32, and two of her four children, including Henry, 15, and Lou, 11, as she was photographed and had her long blonde locks down and a black face mask on. 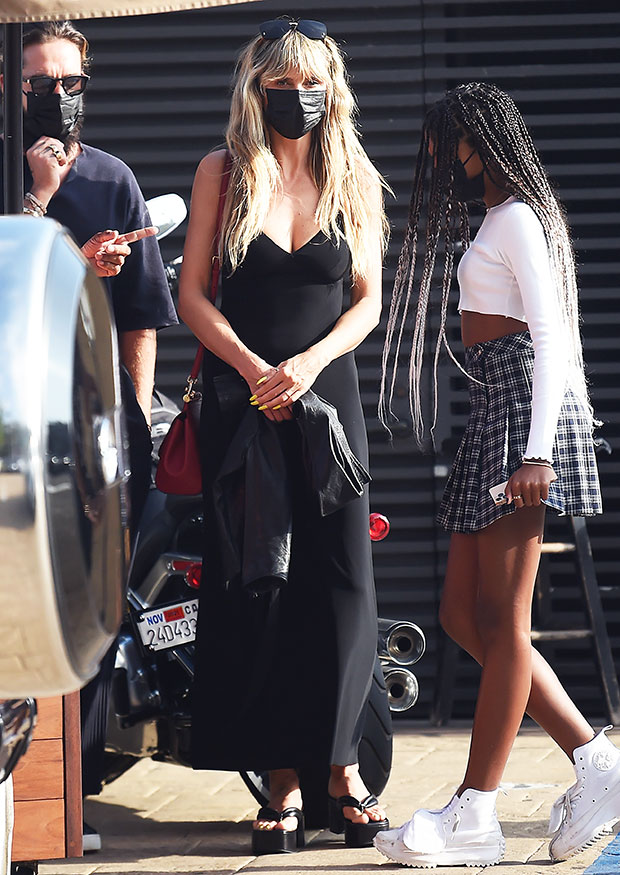 Like Heidi, her daughter Lou was also dressed stylishly. Her outfit included a long-sleeved white crop top and a plaid skirt. She also had on white sneakers and a black face mask as her long braids hung down. The two beauties looked relaxed as they walked by cameras after enjoying their meals. 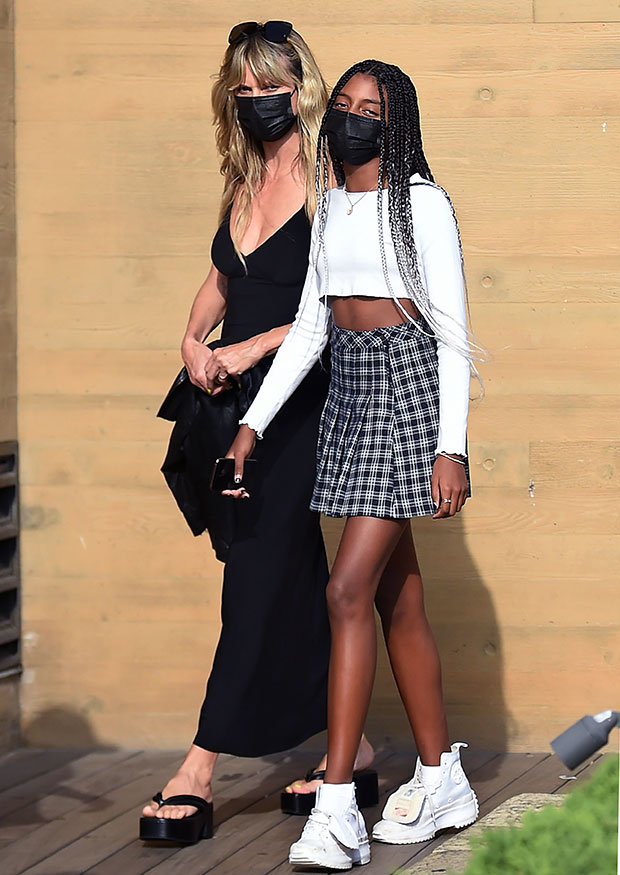 Before Heidi’s latest outing, she made headlines for sharing pics from Tom’s 32nd birthday party last week. In one pic, she could be seen walking across a table full of guests while wearing a white sweater and skirt. She also wore al black hat and had her hair down as she flashed a smile and people took photos and videos with their phones.

Another pic from the party showed her sweetly cuddling her hubby, who was also wearing a white outfit, while posing for a pic with him and a guest. “32,” she appropriately captioned the post along with birthday-themed emojis.

When Heidi’s not busy with her family, she’s filming America’s Got Talent. The judge recently shared a funny moment on the set of the competition show and poked fun at how short her skirt was for one of the episodes. In a behind the scenes clip, she leaned across the desk where the judges sit to take a selfie and the bottom of her skirt went up. “Note to self ….. don’t bend over in a short skirt,” she hilariously wrote in an Instagram video that captured the embarrassing moment.