Ice-T‘s, 63, is defending wife Coco Austin, 42, over her choice to continue breast feeding their five-year-old daughter Chanel Nicole. The Law & Order: Special Victims Unit actor took to Twitter with a message and photo on Wednesday, Aug. 4, writing, “News Flash! We feed Chanel FOOD.” He then added, “She just likes to suck moms boob every now and then… Me Too!!!” Ice-T’s tweet included a photo of gorgeous Coco snuggling up to Chanel, who leaned on her mother’s chest.

The post comes just days after Coco went viral for her comments over the admission of late breastfeeding, which many mothers cease at two years of age. “Chanel still likes my boobs…It’s a big bonding moment for a mother and your child,” the model and former Ice Loves Coco star confessed in an interview with Us Weekly. Though she confirmed the 5-year-old likes solid foods like “steak and hamburgers,” she explained that Chanel likes a “little snack” — meaning breast milk — every “now and then.” 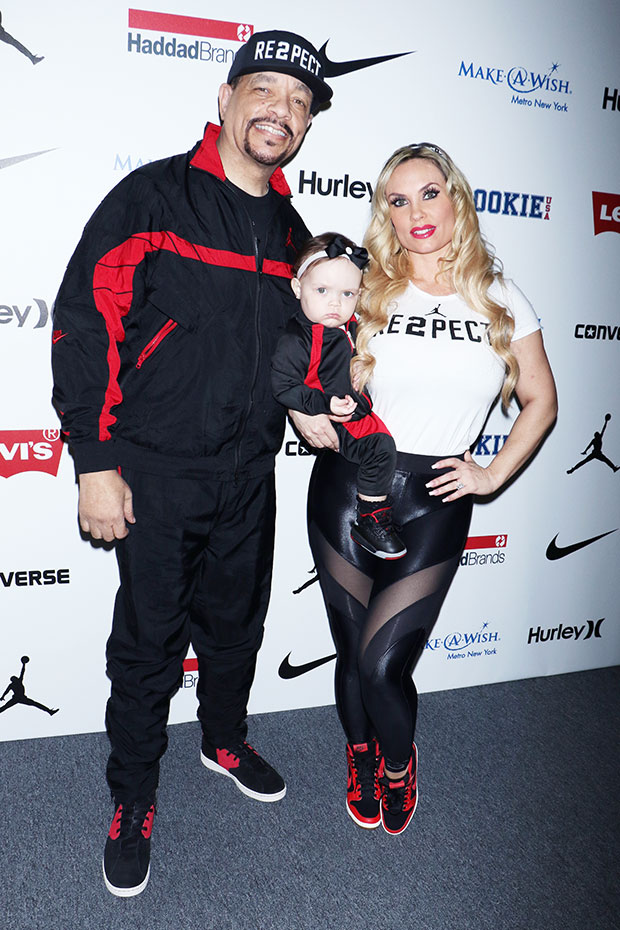 “Why take that away from her? … If she doesn’t want it, all right, that’s where you stop it,” she also said to the entertainment publication. “But I’m not just going to say no,” Coco, who’s real name is Nicole Natalie Austin, confirmed. Chanel is the only daughter that Coco and Ice-T — née Tracy Lauren Marrow — share together, however, the “New Jack Hustler” rapper is also dad to daughter Letesha, 45, with ex Arlene and Tracy Marrow Jr., 29, with ex Darlene Ortiz. He is also grandfather to Lestesha’s son Elyjah Marrow, now 25.

This isn’t the first time Ice-T has defended Coco’s controversial choice to continue breastfeeding Chanel at an older age. He’s previously said it’s a way for his youngest child to “get close to her mom.” Back in 2019, Coco took to Instagram to share photos of her breastfeeding Chanel on a private plane, writing it’s “a mother’s calling.”

During her latest interview, Coco revealed that the 5-year-old often still sleeps with her parents. “We call it the family bed..We have Chanel and all four dogs,” she added, joking the pair “can’t really be spontaneous” when it comes to their sex life. “We used to…we have certain days where we have a free bed for our alone time,” she explained.