Dirty Dancing star Jennifer Grey describes her journey toward getting a nose job. She initially resisted the surgery, however, the pressures of celebrity and the desire to book more acting roles influenced her decision to make a change. Here’s what Grey said about being “protective” of her nose.

In her memoir Out of the Corner, Grey says her mother often told her to fix her nose whenever she had a dip in her career or her life. She decided to explore the possibility of a nose job after reaching the point where she was still waitressing and being turned down for roles she wanted.

Although Grey wanted to look like a “better version of herself,” she says she also had a sense of “dread” about changing her face. Duringone of her first consultations, Grey says she told the doctor that she liked the bump on her nose, and she was thinking of keeping it. However, the doctor suggested shaving it down. (Teen Mom star Farrah Abraham once regretted not getting more plastic surgery.)

Jennifer Grey wanted to take a conservative approach to her nose 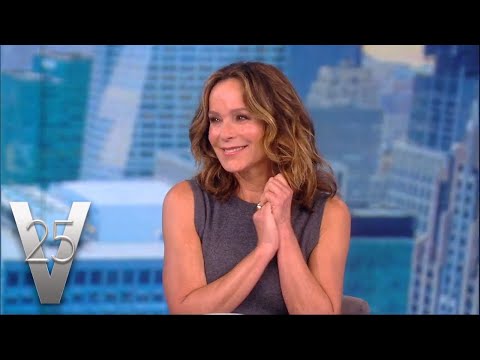 Grey says deep down she just wanted to “fine tune” her look. She never wanted to look like a completely different person. Her goal was to be easier to cast. Grey says the doctor told her she wouldn’t like having the bump with her new nose, but she didn’t feel comforted by that. She says she found herself “fighting back tears” because she wanted to look as much like herself as possible.

Grey saw a second doctor but decided at the time that a nose job wasn’t for her. She had reservations about making a change to her face. Years later, however, Grey changed her mind. (Farrah Abraham had a change of heart and once said she was going to cut back on plastic surgery.)

Grey says she always felt like she had to protect her nose. She compared her situation to having to protect a younger sister who was “bullied on the schoolyard.” Grey says she tried to love herself the way she was. She also felt it might not be a good idea to alter her looks after she became a well-known actor.

Although Grey was a big hit in Dirty Dancing, she had trouble finding roles afterward. According to her, there weren’t a lot of parts for an actor with her look. This is one of the reasons she began to consider a nose job again a few years later. After seeing a third surgeon, she decided on the surgery.

Grey says the doctor told her he saw her in Dirty Dancing and wondered to himself why she didn’t have her nose done.  (Grey describes her time on the movie set, which included a wild time with Patrick Swayze where he showed her his penis.)

Grey saw positive results after having the surgery. She began booking acting roles and was “working nonstop.” However, once her new nose settled, she began to develop a small bump on the end of her nose. She says a cinematographer pointed it out to her, so she went back to her surgeon for an evaluation. The surgeon suggested fixing the bump.

Grey had a second surgery to correct the first, but things didn’t go the way she hoped. She says she ended up looking very different. She looked so different that many people didn’t recognize her. Grey recalls saying hello to Michael Douglas at an event, and him not knowing who she was. She also says she walked the red carpet and none of the photographers took a photo of her because they didn’t recognize her. Grey says she “lost her identity and career” overnight.