Jessica Alba posted a touching tribute to her oldest daughter, Honor, for the teenager’s 13th birthday on June 7.

Honor Warren is officially 13 years old! The oldest daughter of Jessica Alba and Cash Warren celebrated the milestone birthday on June 7. Of course, her famous mom took to Instagram to pay tribute to her in honor of the special occasion.

Jessica shared a series of photos of Honor, where she looks SO grown up. The teen is showing off her hip style by wearing jeans with various patchwork, along with a black top and jacket. She’s literally the spitting image of her mom! Jessica shared a lengthy caption to pay tribute to her oldest girl, and also pointed out how tall she is in the pics, as well.

“This is 13!” the actress wrote. “Honor — yes you are way taller than me already, which you love to remind me. But you have a heart of gold, you are filled with compassion, you are wicked smart, silly, hilarious and so kind. I’m just so proud of you. I’m sorry that whenever I look at you too long, I burst into tears — they are happy tears because the love is so deep and profound and sad that I can’t push pause.” 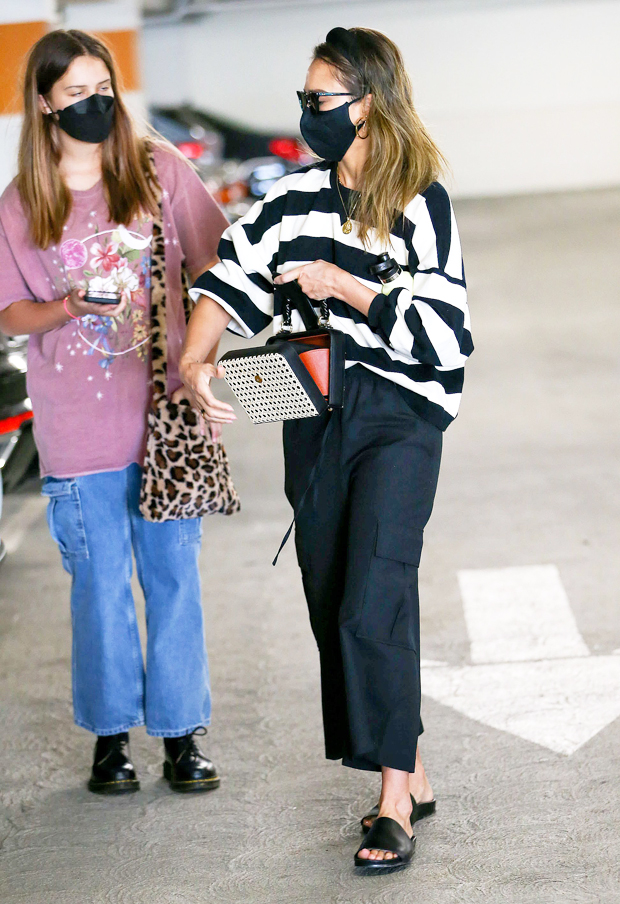 Jessica also said that being Honor’s mom has been one of the “greatest gifts” in her life, and she urged her teenager to “soak up every minute” of this time. In addition to Honor, Jessica and Cash also have a nine-year-old daughter named Haven and a three-year-old son, Hayes. The stars met in 2004 and got married in 2008, when Jessica was eight months pregnant with Honor.

Over the last several months, fans have noticed how much taller Honor has gotten as she got closer to her teen years. In photos of Honor and Jessica out and about, it’s evident that Honor is already decently taller than her mama! Based on Jessica’s latest caption, this has clearly become a running joke between them — and Honor isn’t even done growing yet!