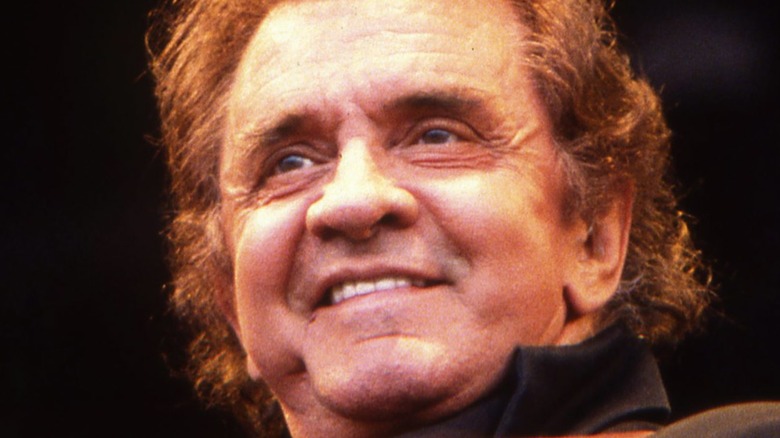 As far as country legends go, Johnny Cash is one of the American greats. Born in the middle of the Great Depression, Cash grew up in a family of sharecroppers in Arkansas. After serving for a time in the United States Air Force, Cash moved to Tennessee and began cementing himself in the Memphis music scene. The singer-songwriter eventually provided the city’s local record company, Sun Records, with a dozen compositions “in his early frenetic style” that landed him “reasonable success” in the country charts (via Sun Records).

In 1957, Cash released his debut album “Johnny Cash with his Hot Blue Guitar” (via AllMusic), which featured the staples “Cry Cry Cry,” “Folsom Prison Blues,” and “I Walk The Line.” The later single reached No. 1 on the country charts and remained there for six weeks.

From there, Cash’s success grew exponentially. He signed a new record deal with Columbia in 1960, which was also the home of Elvis, Jerry Lee Lewis, and Carl Perkins (via History). In his first eight years with the label, he released eight consecutive number one albums on a yearly basis which led to the creation of his variety show in 1969 that “elevated him to the pinnacle of his craft,” according to his official site.

Johnny died four months after the love of his life 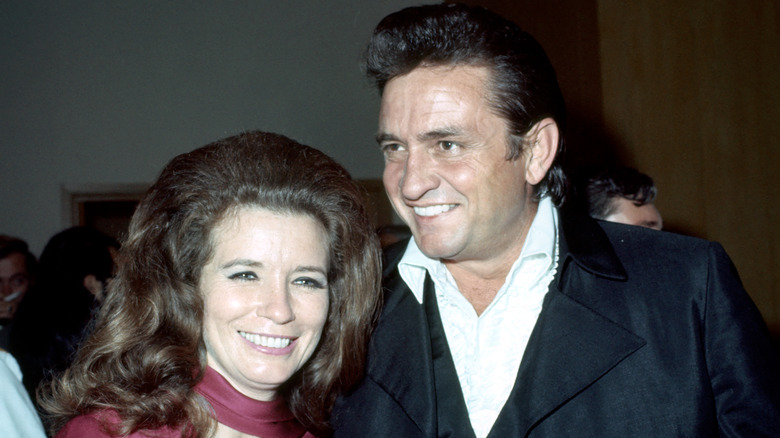 Within two decades since is debut, Johnny Cash became one of the world’s most recognizable country stars and remained so until his death in 2003. At the time of his death, the singer was worth an estimated $60 million according to Celebrity Net Worth, adjusting to inflation.

Cash died four months after his wife, June Carter Cash, who he’d been married to for more than three decades (via Biography). Before her death, June told her husband to continue working. Cash followed his late-wife’s orders, and recorded 60 songs and performed live one last time at the Carter Family Fold in Virginia.

“The spirit of June Carter overshadows me tonight with the love she had for me and the love I have for her,” Cash said before singing “Ring of Fire” (via Taste of Country). “We connect somewhere between here and Heaven. She came down for a short visit, I guess, from Heaven to visit with me tonight to give me courage and inspiration like she always has,” he explained, before concluding that “She’s never been one for me except courage and inspiration. I thank God for June Carter. I love her with all my heart.”