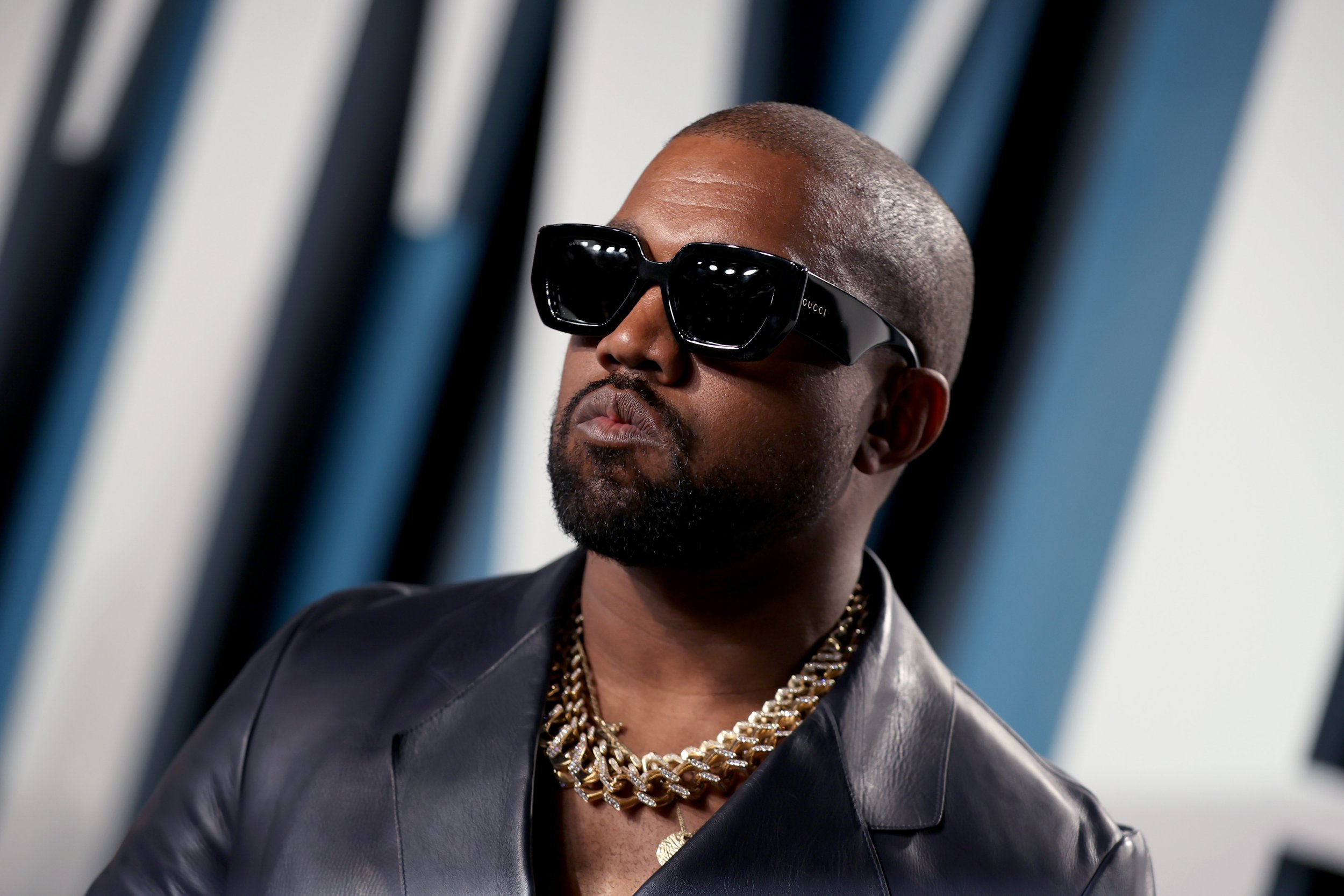 In yet another classic Kanye West move, the rapper wanted to transport his entire, real life childhood home into Soldier Field stadium for his Donda listening party.

Unsurprisingly, the request was denied.

Kanye held his third and final listening party for Donda last Thursday ahead of its release, and performed the record in front of a replica of his childhood home on South Shore Drive in Chicago.

However, before he commissioned a rather impressive replica of the house for the event, he actually made an application to the city’s Building Department to have the real thing transported into the stadium.

‘The request to move the house at 7815 S. South Shore Dr. was denied last week because no permit application had been received to excavate and move the vacant property which is also in Demolition Court.’

The replica home used at the event was the focal point for the show and was placed in the middle of the field.

At one point, it was continuously circled by trucks, while dancers dressed in SWAT gear performed their moves around it.

Kanye performed on the steps of the house’s porch, where he was controversially joined by Marilyn Manson, who faces four lawsuits from women accusing him of sexual abuse, and DaBaby, who was hit by backlash for making homophobic comments.

To end the show, the 44-year-old set himself on fire and seemingly re-enacted his wedding vows with estranged wife Kim Kardashian West, who he split from earlier this year.

However, insiders were quick to warn fans the on-stage reunion didn’t mean the former couple – who have four children together – would be getting back together for real.

A source said: ‘They have come a long way since Kim filed for divorce. It’s taken them months to get to this point. Kim is happy that they get along and that things are amicable. The kids will always be her number one priority. She wants to have a friendly relationship with Kanye, because it benefits the kids.’

Whilst there’s no chance of Kim and Kanye being together, they’re still great friends, and Kim, 40, has been present at all of the Donda parties to support her ex’s work.

An insider shared: ‘Kim and Kanye have a friendly relationship. It’s always been important to Kim to have a good relationship with Kanye. They are not getting back together though. She accepted his lunch invitation earlier this week because they are at the point now when they can hang out. There are no hard feelings.

‘Kim still appreciates Kanye’s business advice and guidance. She is happy that they can hang out. For a long time, Kanye was very upset and disappointed that Kim filed for divorce. She understood why and gave him space.’

After many delays, Donda was released on August 29, and was met with mixed reviews.

The 27-song record is Kanye’s 10th album, and is predicted to become the biggest album of 2021, beating Olivia Rodrigo’s Sour.