Katie Price has been axed from Celebs Go Dating before the show has even started. 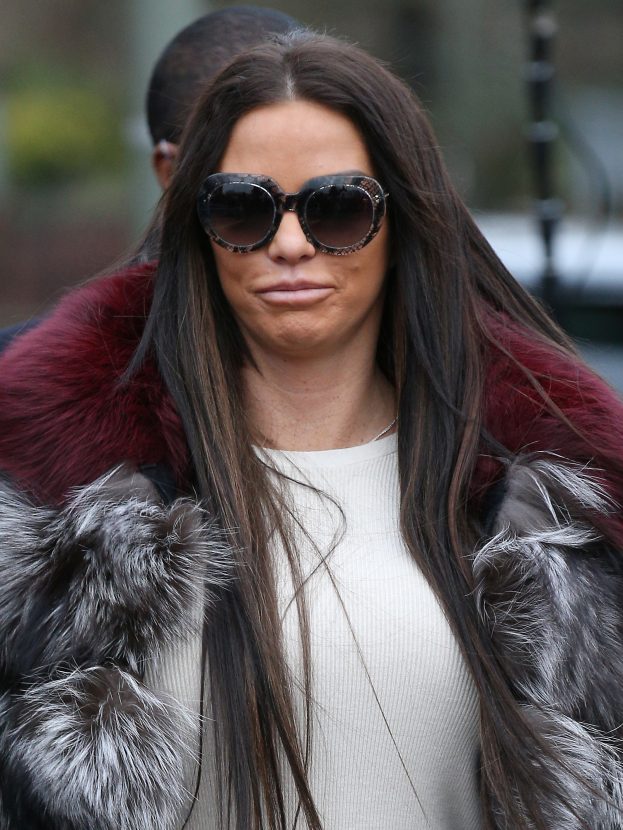 The former glamour model was set to appear on the E4 series along with her personal trainer boyfriend Kris Boyson later this year.

The pair, who were supposed to be the first pair in a relationship to take part in a therapy session, had already filmed their scenes for the show.

However, the skint star, who recently underwent even more plastic surgery, has now been forced to pull out due to commitments with another TV programme.

They added to The Sun: ‘Unfortunately it has come to light that by appearing in our show Katie will in fact be in breach of her contract with another TV production company.

‘Katie and Kris will not now be a part of this year’s Celebs Go Dating series.”

MORE: Emily Andre has all eyes on her in stunning red dress as she puts on loved-up display with Peter at charity event

News, competitions and exclusive offers direct to your inbox

Katie fans will be disappointed by the news, especially as relationship guru Anna Williamson, who spoke to them about their issues, hinted their sessions were pretty explosive.

She told The Mirror: ‘Paul [Carrick Brunson] and I needed a strong coffee after our first hour with them.

‘We could hardly get a word in edge ways. We quickly identified they had a lot to work on.’

Harvey loving hanging out with the boys ?❤️?

The dating expert added, ‘I didn’t know what their intentions were when they first came to the agency, were they here for a laugh did they genuinely want help?

‘But they were a wonderful surprise. They have a hell of a lot of love and support for each other… but there are cracks.

‘There are a lot of things they need to work on but they are willing.’