Due to the coronavirus (COVID-19) pandemic, 2020 has been a quiet month for the Marvel Cinematic Universe (MCU). Disney and Marvel pushed Black Widow and Eternals to 2021 and halted production on Disney+ series The Falcon and the Winter Soldier. But Marvel fans did get quite a shock in the fall as one of the MCU’s biggest names created quite a stir. 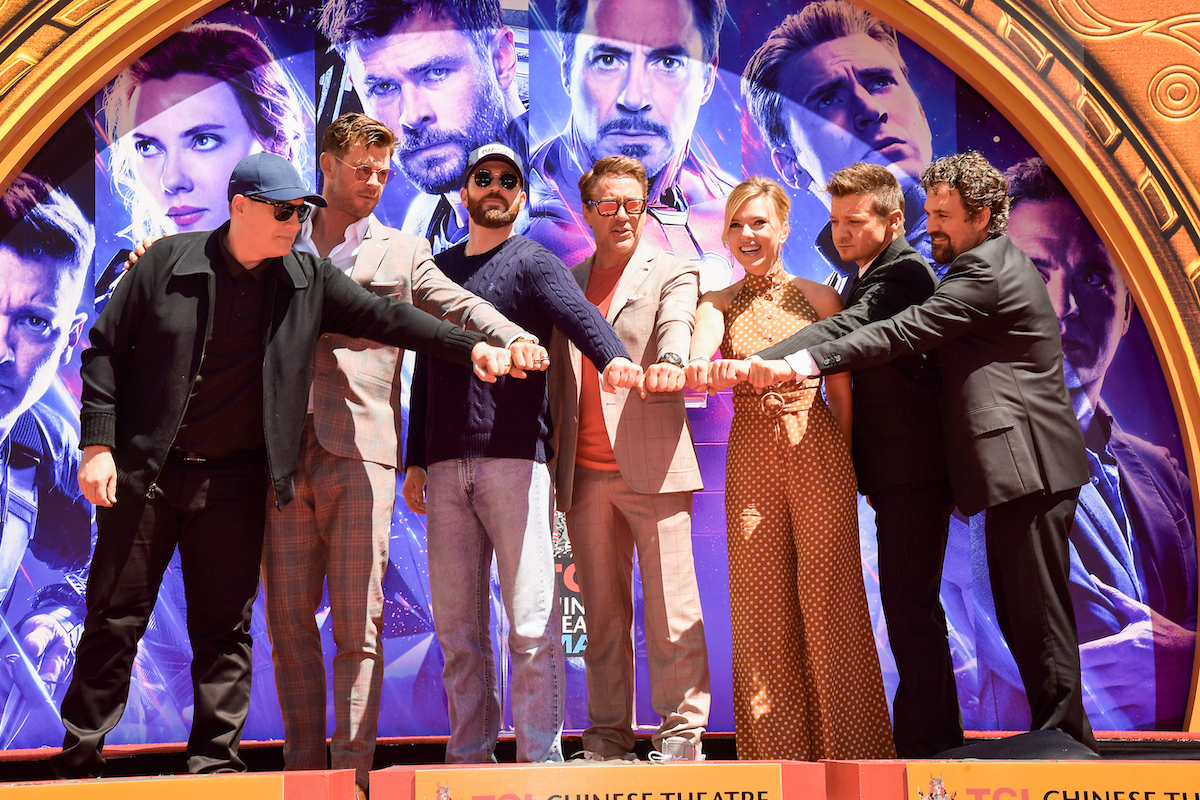 Of course, we’re referring to the nude photo that Captain America himself, Chris Evans, posted to social media. The actor regularly shares photos of his dog, throwback pictures of Marvel co-stars, and the like. But Evans is probably the last MCU actor fans expected this from.

By all accounts, the image — which was included in a screenshot of photos on Evans’ phone — was released purely by accident. After all, the actor — who recently exited the Marvel Cinematic Universe (MCU) is typically private about his personal life. For instance, Evans remained mum about rumors he was dating actor Lily James (Baby Driver).

After the post went viral, Evans waited three days to acknowledge it. And when he did, he shrugged it off and implored people to vote in the upcoming presidential election. As such, Kelly Clarkson thinks this was the Marvel actor’s plan all along. The topic came up on The Kelly Clarkson Show as she chatted with Evans’ Knives Out co-star Jamie Lee Curtis.

“I was just like ‘Was it an accident?’ And then all of a sudden, I love that he turned it into ‘Now that I have your attention…’ That was awesome. … I kind of think it was planned just cause he was trying to get people to vote.”

Both Clarkson and Curtis pointed out the possibility Evans planned to release the revealing photo as a publicity stunt. Curtis even referred to the Marvel actor as “an unbelievably beautiful human being,” believing he would put the greater good ahead of his own potential embarrassment. Sure, Marvel fans might be thrown for a loop, but is it all worth the risk?

But would Chris Evans’ release such a controversial photo on purpose?

Perhaps fans will never know if Evans purposely leaked the graphic image. But if the goal was to boost voter engagement, that certainly fits within the Marvel actor’s recent actions. In 2020, he launched A Starting Point, an app intending to start the conversation between both parties and voters. Evans is very politically vocal, lending some credence to Clarkson’s theory.

Evans also knows — thanks to his movie career — everything he does draws attention. And few efforts at going viral pay off as much as seemingly unintentional nudity. The Marvel actor knew everyone would be watching his social media accounts. Instead, fans discovered a hearty reminder to do their civic duty and make their voice heard in the upcoming election.

END_OF_DOCUMENT_TOKEN_TO_BE_REPLACED

END_OF_DOCUMENT_TOKEN_TO_BE_REPLACED
Recent Posts
We and our partners use cookies on this site to improve our service, perform analytics, personalize advertising, measure advertising performance, and remember website preferences.Ok