Kelly Osbourne is looking happier than ever! She showed off her slimmed-down figure in a pair of high-waisted jeans while shopping in Los Angeles.

Kelly Osbourne is getting some Christmas shopping in early! The purple-haired beauty, who recently lost 85 pounds, stepped out for a shopping trip at The Grove in Los Angeles. The TV star, 36, flaunted her slimmed-down frame by cutting a casual figure in a pair of high-waisted light wash jeans, a black tee and matching bomber jacket. Her lilac hair was also styled in two adorable buns, as she rocked black Converse sneakers and accessorized with a silver handbag, black-rimmed glasses and a black protective face mask. 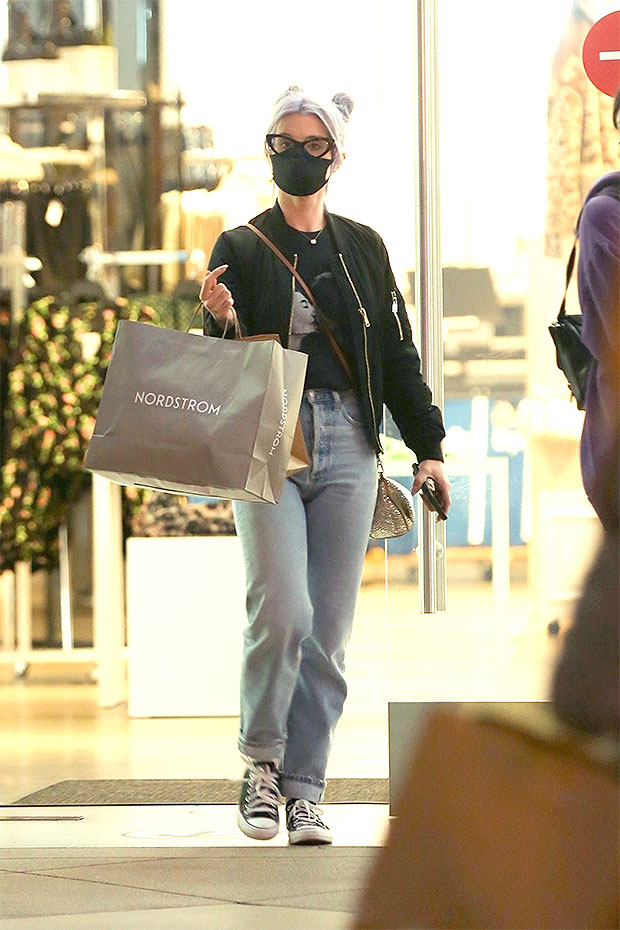 She carried various shopping bags, and was later joined by a pal who cut an equally casual figure in a purple sweatsuit. It came less than two weeks after she opened up about the gastric sleeve surgery she had in 2018, and how people have reacted to her weight loss. The TV personality spoke with the women of The Talk about how her dating life has changed. “I heard that there was a moment that you were asked out seven times in one day and you turned them all down?” Carrie Ann Inaba asked Kelly. “Let’s just say I’m having fun,” Kelly replied coyly. 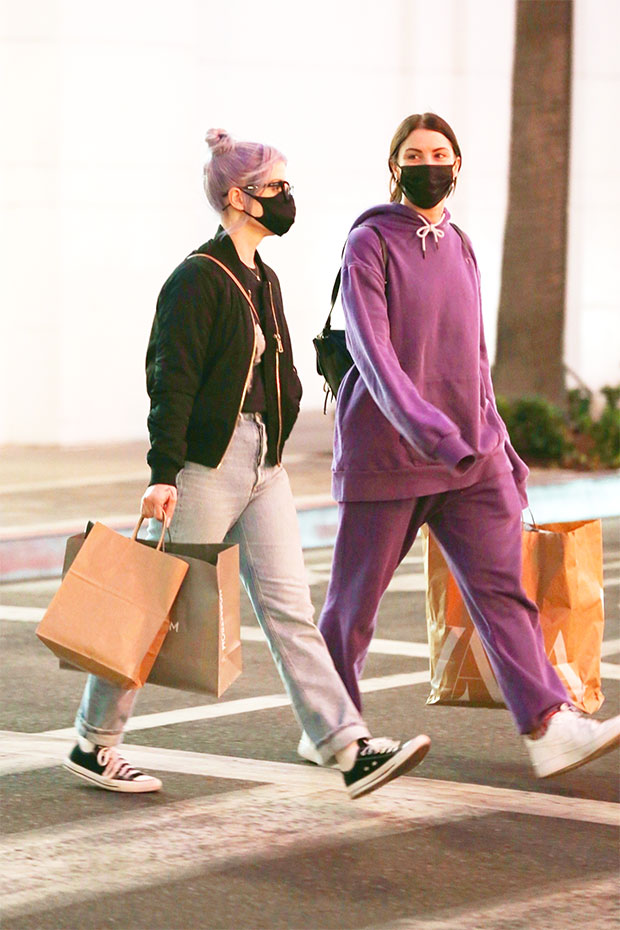 The daughter of Ozzy Osbourne and Sharon Osbourne then got candid about the type of men who have shown interest in her since she dropped almost 100 pounds. “Do you know what it was, it was all guys who I had shown interest in before but had all made comments about, ‘she’s great but she’s too fat,’ or ‘she’s great, but she’s blah,’” Kelly revealed. “So it was all of those people who came back around again, so I was like: ‘Nah, nah!’”

She then explained that the surgery certainly wasn’t a quick fix. “It’s just a gentle nudge in the right direction of just completely changing your life and your habits and becoming the person that you’ve always wanted to be,” Kelly said  “So when I say, ‘it’s not a quick fix,’ it’s not a quick fix … You have to eat right; you have to work out. You have to do everything that you would normally do.”

END_OF_DOCUMENT_TOKEN_TO_BE_REPLACED

END_OF_DOCUMENT_TOKEN_TO_BE_REPLACED
Recent Posts
We and our partners use cookies on this site to improve our service, perform analytics, personalize advertising, measure advertising performance, and remember website preferences.Ok