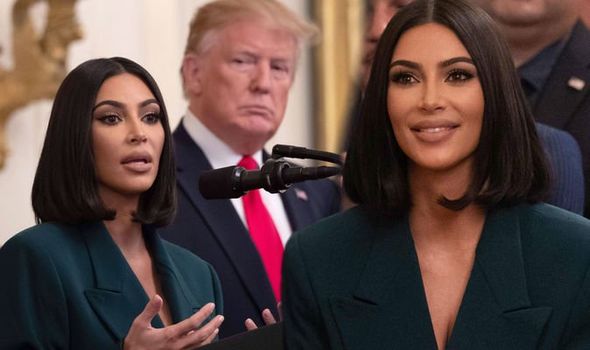 Kim Kardashian, 38, headed to the White House yesterday to deliver a speech about criminal justice.

The Keeping Up With The Kardashian’s reality star, who is currently studying for a law degree, joined the President of the United States and his daughter Ivanka Trump at the Washington event to make a special announcement.

Donald Trump, 73, gave the American star a warm introduction as he welcomed her onto the stage to talk about a new initiative.

Kim announced a new ride-sharing program which will help former prisoners get free transportation to job interviews, work and other events.

Following her appearance at the White House, she tweeted: “Since the passage of the First Step Act in December, I’ve been speaking with people coming home from prison and learning about the challenges they are facing.”

She continued: “While I have been able to offer support to some of the individuals I have met, the obstacles to success are an everyday struggle for thousands and more needs to be done.”

Thanking the 37-year-old Advisor to the President, she added: “Thank you @IvankaTrump for helping me to start this amazing journey of fighting for people who truly deserve a second chance!” 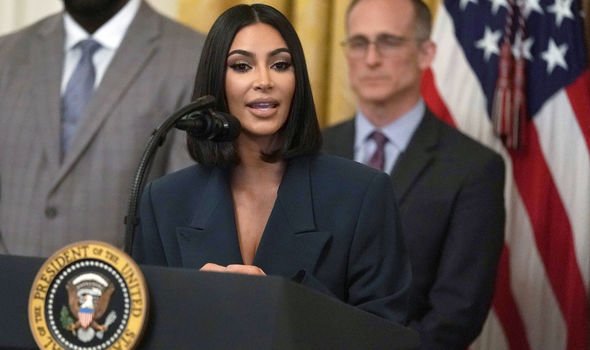 The First Step Act, which was signed into law in December, aims to reform the federal prison system and help prisoners avoid re-offending.

Kim cut a stylish figure at yesterday’s East Room event in a dark petrol blue trouser suit which she teamed with a pair of pointy heels.

The mother-of-four wore her hair in a sleek bob and wore make-up in natural tones.

The proud television personality said she was “honored to be a part of the announcement” at the White House. 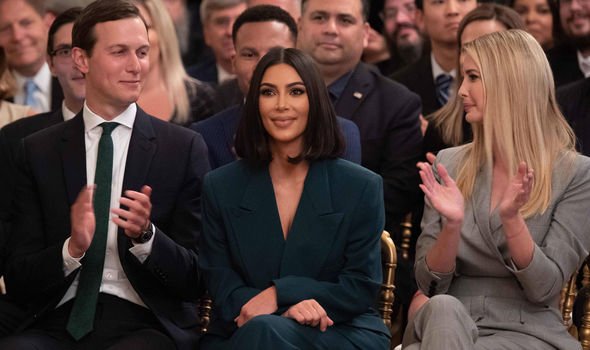 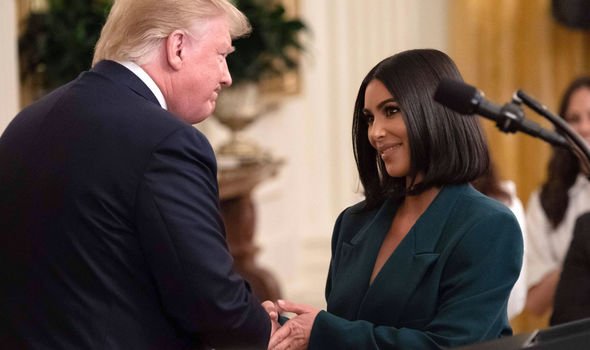 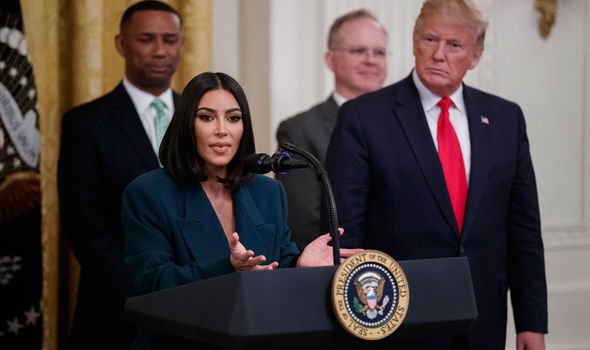 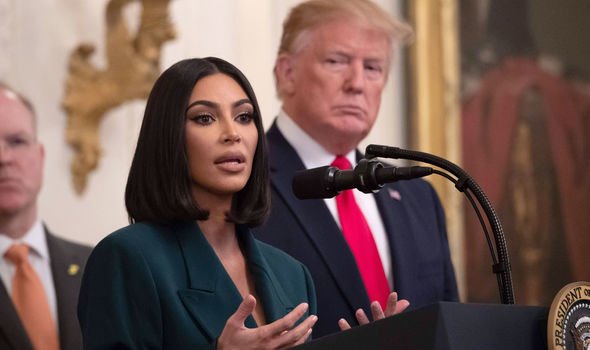 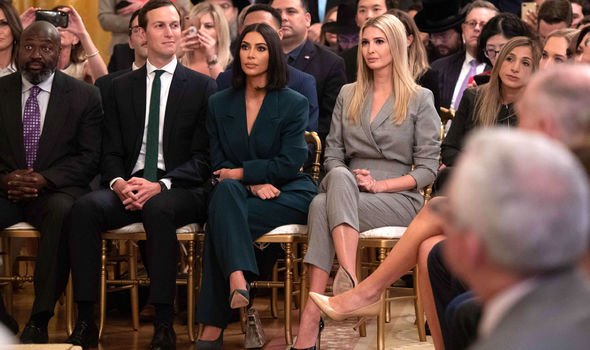