Though Kristen Stewart and Robert Pattinson certainly weren’t unknown prior to being cast in Twilight, portraying Bella Swan and Edward Cullen certainly transformed their lives. In just a couple years’ time, they were making millions and being hounded by fans and paparazzi. And when the media caught wind that the pair were dating in real life, the frenzy around them reached a fever pitch. 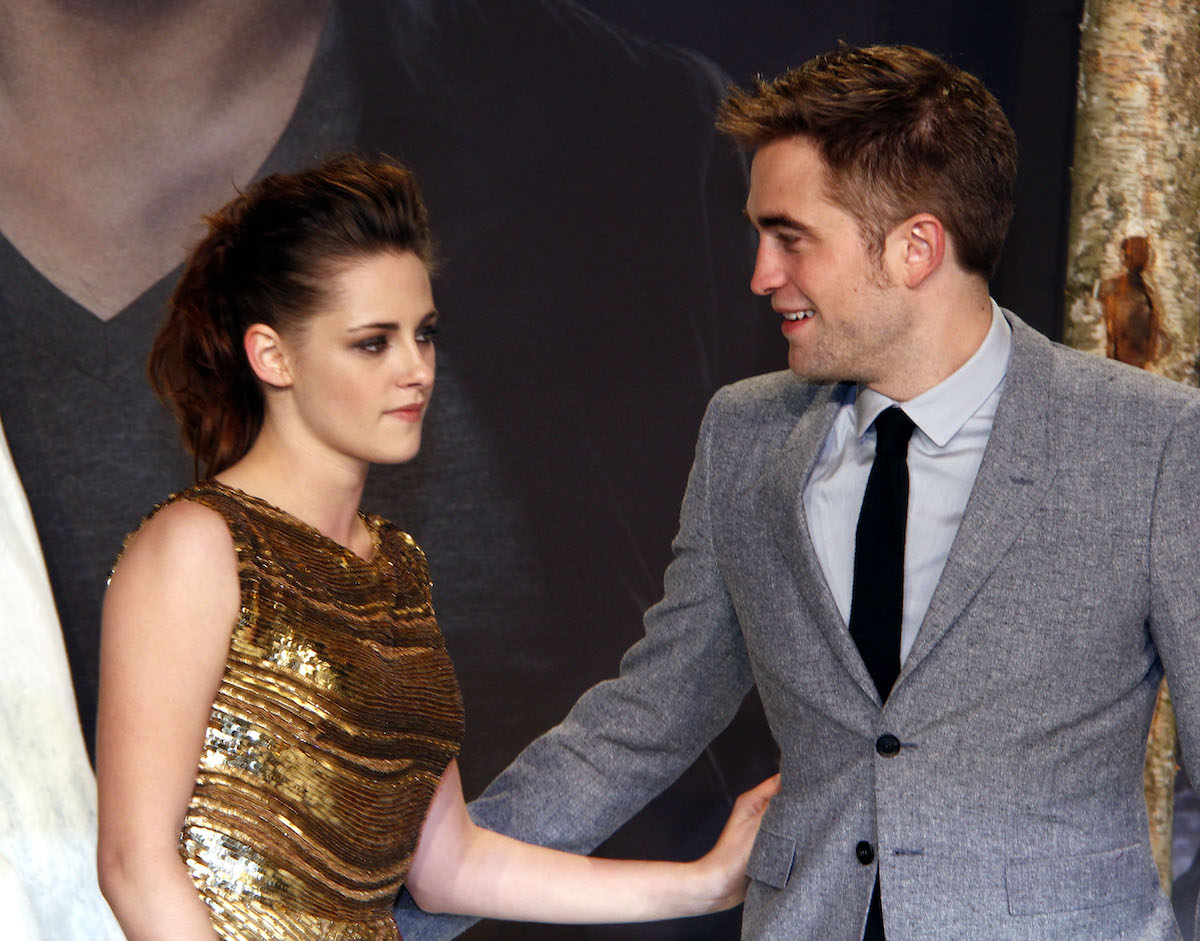 Stewart and Pattinson actually hit it off right off the bat. Though Pattinson was intimidated by Stewart at first because of her resume, he had a great deal of respect for her as an actor. But Stewart wasn’t immune to Pattinson’s talents or charms either. In fact, she all but campaigned for him to get the part over the other actors who were vying for the role of Edward.

“Well, I basically cast him,” Stewart revealed in an interview with Vanity Fair. “We did one day of auditions and a bunch of guys came in. Catherine Hardwicke, the director, afterwards was like, ‘What do you think? This is such a hard choice.’ I was like, ‘Are you kidding me!? It’s such an obvious choice!’ It couldn’t have been better. It was sort of perfect.”

Stewart may have taken credit for Pattinson being cast in Twilight, but Hardwicke wasn’t immune to the pair’s chemistry. “When Rob and Kristen work together, you know, you could feel it in the room,” the director shared with Collider. “It was kind of scary. Kind of cool You know?”

The chemistry between the actors extended beyond the ‘Twilight’ movies

It seems the chemistry between the pair translated to real life also. And it wasn’t long before the pair started dating. Though they were both pretty tight-lipped about their romantic relationship, with the exception of making outlandish jokes, most people knew they were together. Naturally, some fans of Twilight began comparing Stewart and Pattinson’s relationship to Bella and Edward’s, declaring that they too would be together forever.

Contrastingly, some people accused Pattinson and Stewart of faking their romantic relationship and declared that it was nothing more than a publicity stunt. These varying opinions about their relationship certainly impacted the actors. In fact, in an interview with The New York Times T Magazine, the Happiest Season actor shared that the media frenzy around her dating Pattinson took a toll on her and their relationship.

“People wanted me and Rob to be together so badly that our relationship was made into a product,” Stewart shared. “It wasn’t real life anymore. And that was gross to me. It’s not that I want to hide who I am or hide anything I’m doing in my life. It’s that I don’t want to become a part of a story for entertainment value.” It makes sense that Stewart was uncomfortable with millions of people weighing in on her relationship. Fortunately, both she and Pattinson have found more privacy in their personal and romantic lives in post Twilight.