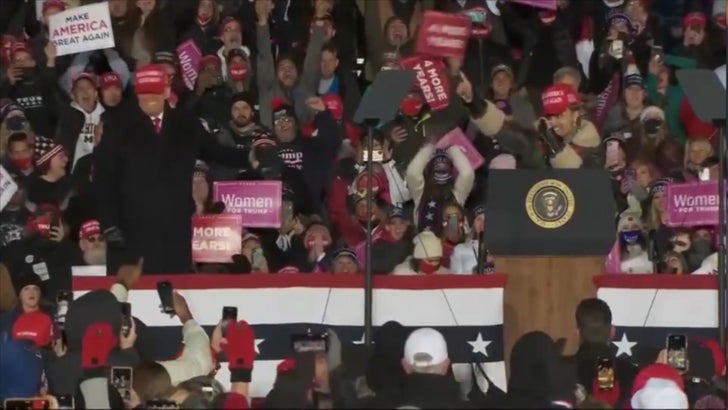 President Trump and Joe Biden brought in some of their famous friends to close out election eve … but it was Trump who might need some reacquainting with his buddy, Lil Pimp … AKA, Lil Pump.

The rapper was at DT’s final campaign stop Monday night in Grand Rapids, MI — where the President actually invited him up at one point to say a few words. The problem … POTUS seemed to forget the guy’s name — that, or he mispronounced it on purpose.

Check it out … Trump actually introduced him as LIL PIMP!!! And no, we’re not kidding. He correctly said his name shortly afterward, as LP made his way up to the podium.

Once there, he awkwardly asked how the crowd was doing — stopping himself from saying “y’all” and pivoting to “you guys” — and then thanked Trump because he “brought the troops home” before riling himself and the crowd up by telling them not to vote for “Sleepy Joe.”

Trump was loving it, and sorry … but the juxtaposition of Pump and the Prez is still an odd scene. 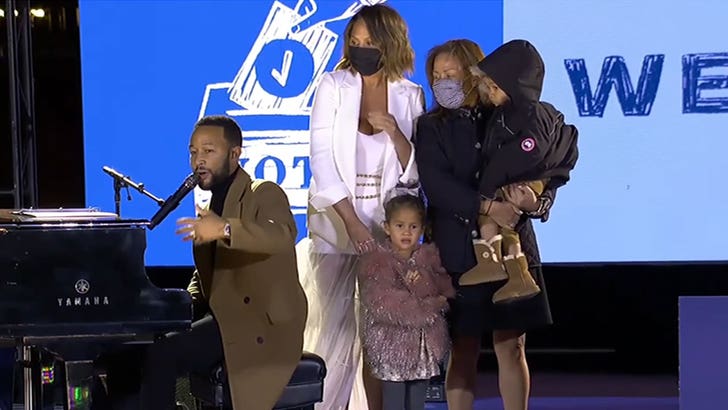 Meanwhile, over in Pennsylvania … the Biden-Harris campaign decided to tap Lady Gaga and John Legend, respectively, as their ultimate fighters/music acts to encourage people to vote. Gaga performed for Biden in Pittsburgh, and John piano’d it up for Kamala in Philly.

John’s wife, Chrissy Teigen, was also there … and made occasional visits to the stage to help stump with her husband. He performed “Glory” with Common, “Wake Up Everybody” and other songs, while Gaga sang “Shallow,” “You and I” and more tunes of hers. 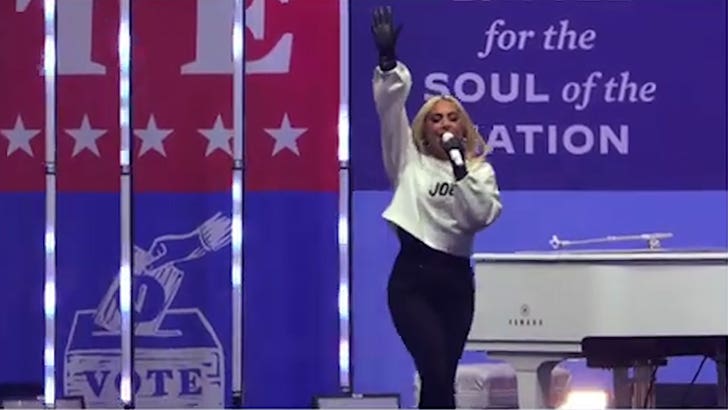 Very different approaches from both sides — time will tell which proved more effective.

END_OF_DOCUMENT_TOKEN_TO_BE_REPLACED

END_OF_DOCUMENT_TOKEN_TO_BE_REPLACED
Recent Posts
We and our partners use cookies on this site to improve our service, perform analytics, personalize advertising, measure advertising performance, and remember website preferences.Ok