Oprah Winfrey’s highly talked-about interview with the Duke and Duchess of Sussex, Prince Harry and Meghan Markle, just lost out on one big award. To recap, the special that aired in March 2021 brought in 17.1 million viewers during its premiere, according to the Wall Street Journal, and gave Prince Harry and Meghan an opportunity to speak directly to the world after leaving the royal family. The Sussex couple revealed scathing details behind what life is really like for the royals and how Meghan’s lack of support eventually led to their departure.

Of the most prominent revelations to come from the two-hour CBS special was the admission that an unnamed member of the royal family had expressed concern over Harry and Meghan’s first child’s skin color, and that racism played a role in how Meghan was treated by the British press. The American actor also opened up about her mental health struggles, including thoughts of suicide while tending to her royal duties, that went unchecked despite the duchess reaching out for help.

The fallout from the interview led to even more family drama within the royals and a continued rift between Prince Harry and his brother, the Duke of Cambridge, Prince William. Consequently, chatter around the interview also led to Piers Morgan losing his job on “Good Morning Britain.” Yet, despite the night being one of the most-watched nights in television (behind the Super Bowl, of course), the bombshell interview still lost out to this CNN series led by a beloved actor. 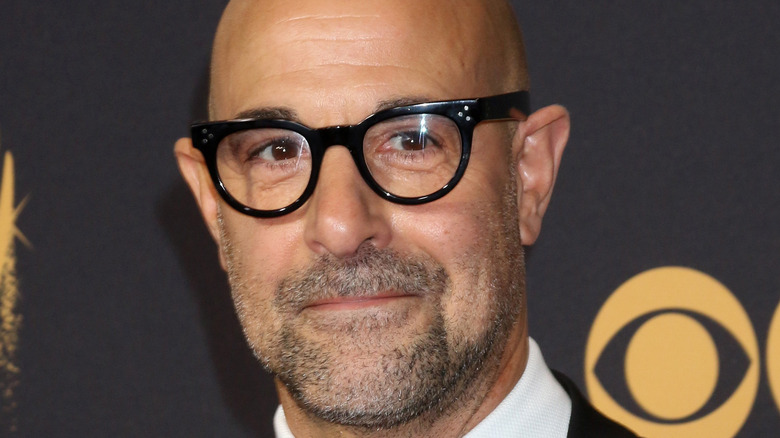 The shocking interview between Oprah Winfrey and the Duke and Duchess of Sussex, Prince Harry and Meghan Markle, was a moment that rocked across the pond in early 2021, with details inside the royal family causing a divide between followers of British royalty. However, the gossip surrounding the big night on television wasn’t enough when it came to the 2021 Creative Arts Emmys.

The CBS special lost to none other than Stanley Tucci for his CNN series “Stanley Tucci: Searching For Italy.” According to the Daily Mail, neither the Duke and Duchess of Sussex nor Tucci were in attendance at the Emmys event, but the “Devil Wears Prada” star took home the trophy. Tucci’s “Stanley Tucci: Searching For Italy” features the actor traveling around Italy to uncover stories about the country, and of course, try delicious foods along the way. The show is reminiscent of the network’s popular series “Anthony Bourdain: Parts Unknown,” which previously “dominated” the Emmys’ Hosted Nonfiction Series Or Special category that Tucci took home, according to Deadline.

Other series nominated in the category included Netflix’s “David Letterman’s My Next Guest Needs No Introduction,” Showtime’s “Vice,” and CNN’s “United Shades of America With W. Kamau Bell.”