Mike Tyson has lived a wild and tumultuous life. After emerging from one of the roughest neighborhoods in Brooklyn, New York, he established himself as one of the greatest boxers of all time.

The former heavyweight champion earned hundreds of millions of dollars over the course his career, but he had a number of highly controversial incidents in the process. From biting Evander Holyfield’s ear to filing for bankruptcy after accumulating $60 million in debt, Tyson has been through more than most people could experience in several lifetimes.

Even though Tyson’s life is much calmer now, he struggles to look back on the crazy moments during his boxing career. He’s so traumatized by the events that he can’t even watch boxing matches anymore.

Mike Tyson doesn’t like looking at his younger self 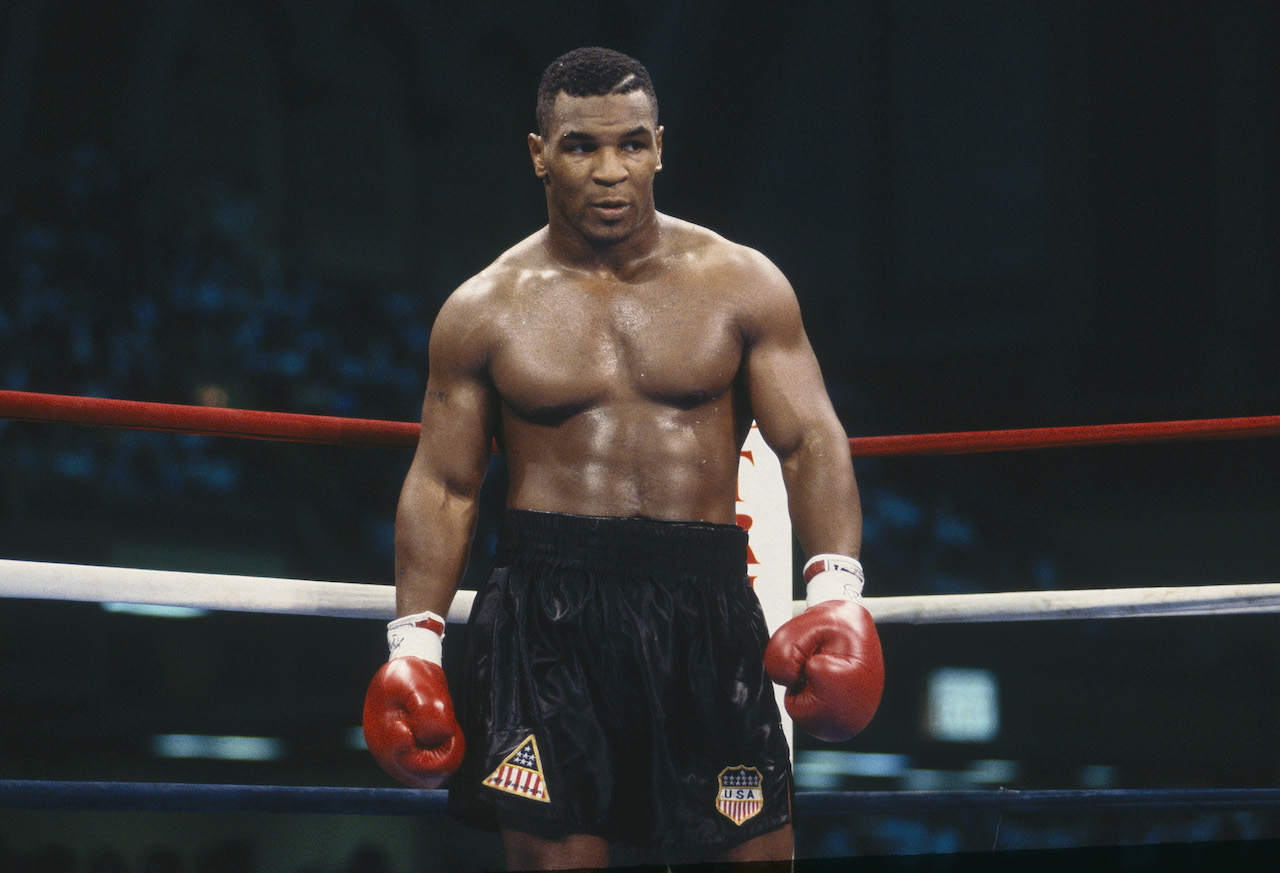 Tyson discussed his love-hate relationship with his former self during a resurfaced 2019 interview with Joe Rogan.

“I’ve got mixed feelings with that part of my life. … Not stuff that I don’t like about myself, and stuff, I just… I try to forget that stuff ‘cause I’m on a whole different pattern,” Tyson admitted.

Specifically, Tyson has a hard time watching the violent outbursts he would often have during press conferences.

“I look at some of those press conferences a long time ago and what I’m saying to these guys, I would never talk to anybody like that. It’s just such a different world now, my world is so different now,” Tyson said.

Later in the interview, Tyson admitted that he’s unable to watch boxing nowadays because it reminds him too much of his past.

“I don’t even watch nothing, I try to stay away as much as possible,” Tyson said.

He feels conflicted when people bring up his past

Oftentimes when people see Tyson, they bring up his past and speak highly of his wild behavior. However, Tyson hates being reminded of those moments.

“I’m almost a little bit like I don’t want to be involved, I wish that never happened.”

Tyson knows people love him for his past, but because he’s nothing like the person he used to be, he struggles to relate to them.

“This is the real reason … People still—people love that guy. I don’t even like that guy that much … I’m conflicting with people that like that guy, and me living my life that I am living now.”

Mike Tyson says his ego caused him a lot of problems

In the same interview with Joe Rogan, Tyson admitted that his trainer, Cus D’Amato created the enormous ego he had during his professional career. However, he never learned to control it, which caused massive problems for him.

“[I’d] never felt like that before, it was like taking a big drug … boom, just felt like you’re the man,” Tyson said. “Then everybody’s telling you you’re great. … That’s what it was, the gas. ‘We’re gonna destroy these guys. These guys, they’re in our way of greatness, glory.’”