While appearing on ‘The Tonight Show,’ Mila Kunis shared the hilarious story of how she surprised her family with a drive-through ‘baby rave.’ It was both the ‘worst’ and ‘greatest’ thing she’s ever done.

Coachella may be cancelled this year, but Mila Kunis and Ashton Kutcher‘s family still found a way to rave. On Feb. 11, Mila video called into The Tonight Show and told Jimmy Fallon how she surprised Ashton and their son Dimitri Portwood, 4, and daughter Wyatt Isabelle, 6, with a “baby rave” over Super Bowl weekend that she called “maybe one of the worst [and] greatest things” that she’s ever done. It was the cherry-on-top of the many “experiences” that Mila has managed to find amid the pandemic. 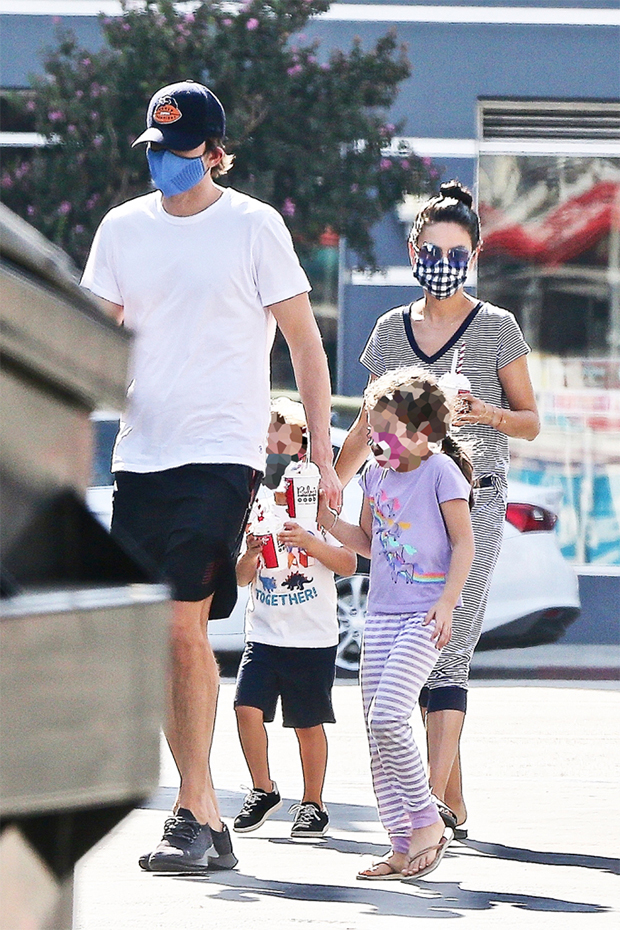 “We did a lot of drive through experiences. We’ve done all of them,” Mila explained during the interview, since she and her husband/former That ’70s Show co-star “like to give each other experiences” instead of gifts. Since Ashton’s 43rd birthday fell on Feb. 7, the family took a trip to Arcadia (which is just outside of Los Angeles), where they enjoyed a “car picnic.” And then, Mila popped the surprise to her family: “I was like, ‘Guys, we’re going to a rave’.”

“My husband’s like, ‘What?’ I was like, ‘Don’t worry about it. I got this’,” Mila recalled. “We show up. I’m not kidding you — I took my 4-year-old and my 6-year-old and my grown-a– husband to a baby rave.” And what exactly does a “baby rave” entail? “It was like, lights everywhere, music,” the Black Swan star explained. “It was physically put on by a rave company. You felt like you were tripping on acid. They gave you these glasses [that] crystallize everything and make the lights all crazy.”

The drive-through, kid-friendly rave was a hit — for Ashton and Mila’s kids, at least. “My kids were like this is the best experience ever,” Mila shared. The rave review was a bit concerning to the Bad Moms star, who joked, “Child protective services is allowed to come after me, it’s okay. I understand.” Although Mila didn’t say what drive-through rave her family visited, she seemed to be referring to Electric Mile, which is a drive-through “audio visual” experience put on by Insomniac (the same company that hosts Electric Daisy Carnival, Electric Forest Festival and more) in Arcadia.

Another big thing happened over the weekend, besides Mila and Ashton’s rave experience: the married couple of nearly six years starred in the Super Bowl Cheetos ad alongside reggae star Shaggy, while singing his hit song “It Wasn’t Me.” Mila teased that the filming experience felt like “freedom” away from their normal parenting routine while talking to Entertainment Tonight. “I literally skipped out of the house. My kids were like, ‘You’re abandoning us!’ And I was like, ‘Relax’,” Mila jokingly recalled, but made sure to assure that she loves her two children “so, so much.”