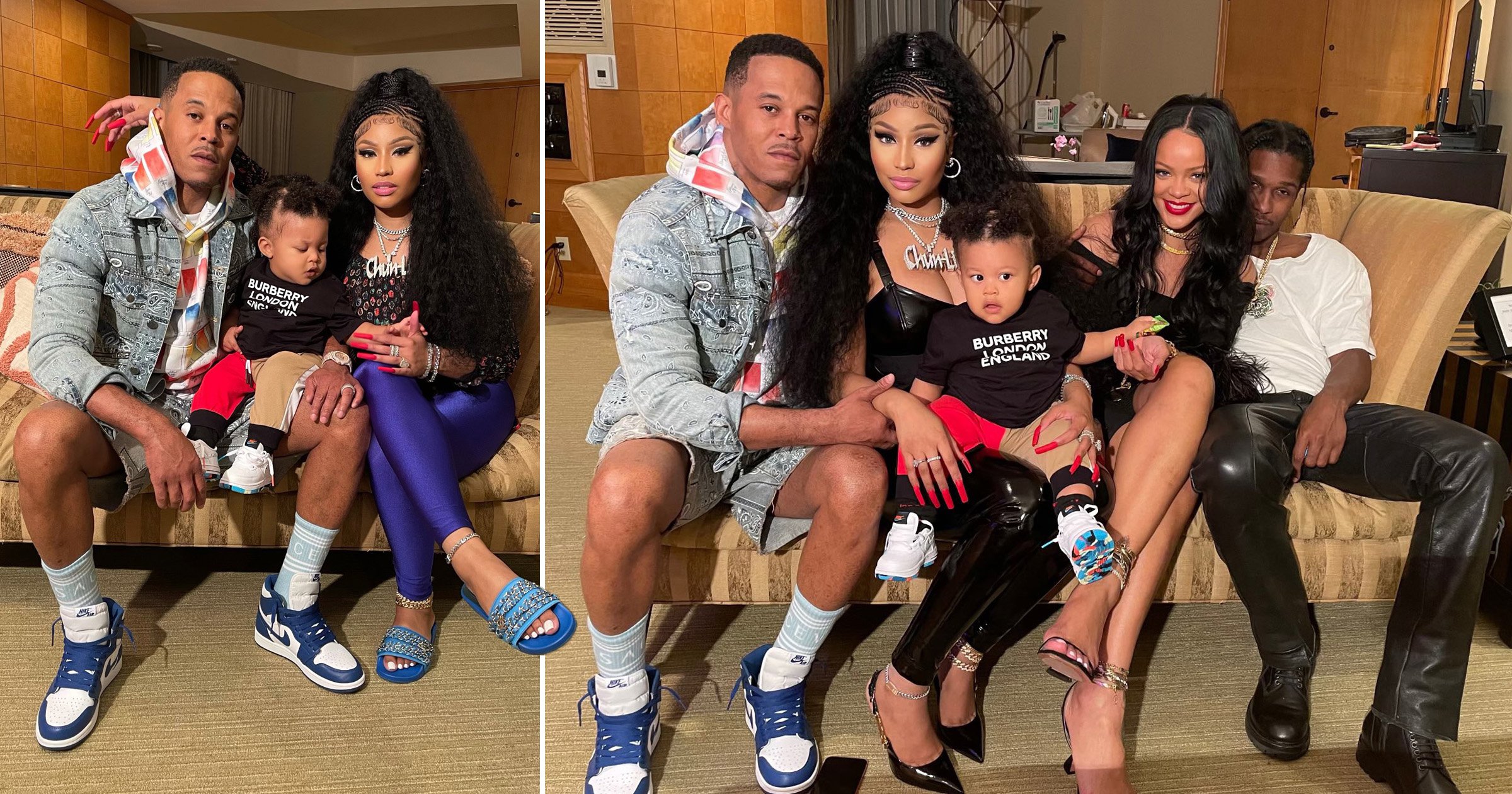 Nicki Minaj and Rihanna took some time out of their schedules to spend the day with each other and their family, sharing some fun photos on social media.

Rihanna brought boyfriend ASAP Rocky along for the day while Nicki had her husband Kenneth Petty and their son by her side.

She uploaded a group photo on Instagram of the group huddled up together on a sofa while she had her son on her knee, wearing a black Burberry T-shirt.

The Work singer beamed for the camera as her rapper boyfriend shyly sat next to her.

Nicki looked incredible with with her hair styled into a long ponytail with braids at the front, a tight PVC catsuit and a huge Chun-Li necklace, a reference to her single of the same name , which in turn is a reference to the iconic Street Fighter character.

She also posted a cute video of her holding Rihanna’s niece Majesty, and another one of the two musicians playfully posing for the camera.

The Umbrella star pauses and says to a surprised Nicki: ‘Bajans don’t like Trinis, and Trinis don’t like Bajans.

She hurriedly added: ‘That’s for another night’ to laughter in the background.

The Superbass star said to Majesty, seven: ‘The Barbz wanted to say that they thought you was cute. Do you want to say anything to the Barbz?’

The little girl said ‘Hi!’ with the Fenty Beauty billionaire asking: ‘Do you love them? Tell them!’ with Majesty saying: ‘I love you!’

The superstars previously worked together on Nicki’s 2011 single Fly and have been pals ever since.

It’s unknown if there is a secret music project in the works between them or whether they were simply having a good old catch up (here’s hoping it’s both!).