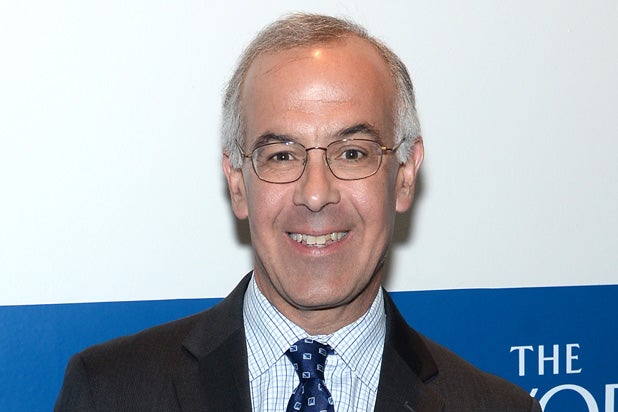 Additionally, the NYT revealed it will be “adding disclosures to past articles” written by Brooks that mention the Aspen Institute’s Weave Project, “a community-building program that he founded, and the project’s donors, including the social media company Facebook.”

Brooks will continue on with the Aspen Institute as a volunteer and will have to “disclose the relationship should he write about the project in the future,” per the Times.

On Wednesday, BuzzFeed News reported that Brooks was earning a second salary from the Aspen Institute, which is a “project funded by Facebook and other large donors.” At the time, Brooks had not disclosed as much in his columns.

In response, the New York Times launched an investigation into Brooks’ “relationship with the Weave Project and the Aspen Institute, and what disclosures, if any, should be added to David’s columns going forward.”

As BuzzFeed News noted, in 2019, Brooks first discussed in his column the idea of  “Weavers,” people who are “building community and weaving the social fabric.”

In that piece, “A Nation of Weavers,” he did write, “My something extra was starting something nine months ago at the Aspen Institute called Weave: The Social Fabric Project. The first core idea was that social isolation is the problem underlying a lot of our other problems.”

He did not, however, disclose his salary or any money given by Facebook for the project.