Do you think Olivia Rodrigo drove to her own graduation? The ‘Drivers License’ singer recently threw up the deuces and bid high-school a fond farewell.

Olivia Rodrigo has done a lot in her first 18-years on this earth: she’s starred in a smash Disney+ revival of High School Musical; she’s become the next big name in music thanks to “Drivers License,” “Good 4 U,” and more songs off her debut album, Sour; and now, she’d accomplished another great milestone: graduating. “bye high school!!!!!!!” Olivia captioned the gallery she posted on Saturday (June 19). In the first pic, she’s wearing her cap and gown and has her fingers raised high as to say “peace out.”

The second photo in Olivia’s gallery is more playful, as she sticks out her tongue, looks off-camera, and seems happy that this chapter in her life is over. In the third and final picture, Olivia shared a snap of a car bearing the words ‘JUST GRADITATED!’ written on its back window. Clearly, the person ‘graditating’ didn’t have the best grades in English – or it’s just a funny joke.

The comments section of Olivia’s post was quickly filled with messages of love, with many fans congratulating her on this accomplishment. Her High School Musical: The Musical: The Series costars joined in, with Frankie Rodriguez saying he was “proud” of her, while Dara Renee added, “CONGRATULATIONS QUEEN!!!” “GO LIV,” commented Julia Lester, while Joe Serafini wrote, “Congrats, liv!!!!!!” 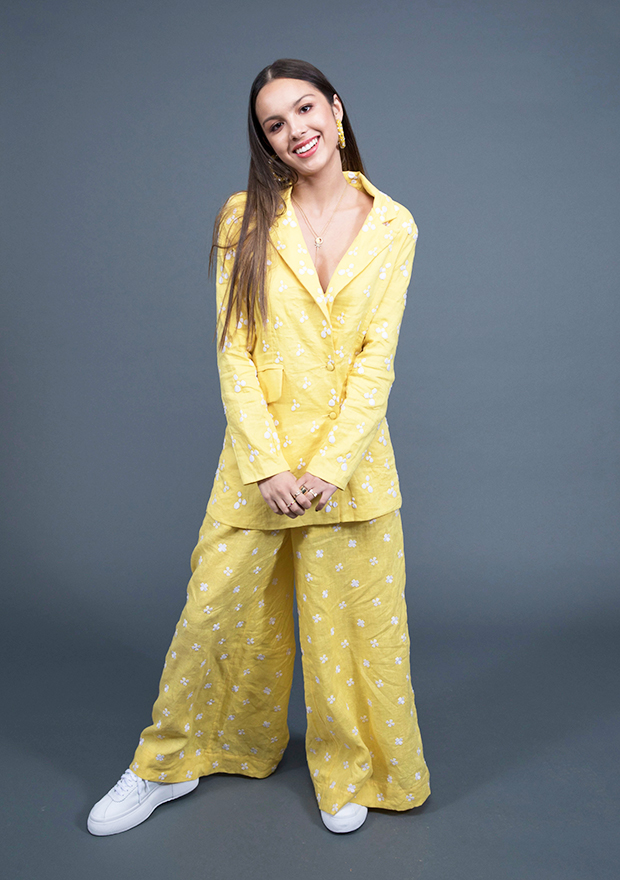 In addition to Sour – which is already certified Gold after only being out for a month – Olivia debuted new music on the July 18 episode of HSM:TM:TS. Her character Nini performed “The Rose Song,” a track that Oliva says she’s “really proud” of. “I think it’s really fun to write from the perspective of somebody that is not you,” she told PEOPLE. “It’s really fun to write for characters. It’s a fun, creative challenge for me. I always try to integrate my personal experience and also my unique songwriting voices for the songs that I do for the show.”

Recently, one of Olivia’s fans got into some hot water. Kim Kardashian posted a video of her unboxing a Sour trunk to her Instagram Story on May 25. “How cute is Olivia Rodrigo, you guys? I can’t wait for her album, you know I love ‘drivers license.’” North West calling out Kim (“you never listen to it”) wasn’t the worst part of that video because, at that point, Sour had been out for a few days. So, Kim saying she “can’t wait” for something already available made a few stans think Kim was a fake fan.