Oscar nomination SNUBS 2023: Brad Pitt was ignored for Babylon, Taylor Swift for Carolina and James Cameron for directing Avatar: Way Of The Water… as the films The Woman King and Nope were COMPLETELY looked over

The 2023 Academy Award nominations were announced early on Tuesday morning.

On the top of the list was Everything Everywhere All at Once and The Banshees of Inisherin, which swept many categories.

Even Tom Cruise’s film Top Gun: Maverick got plenty of love with five nods, though Cruise himself was not nominated for his acting.

But several contenders were left off the list. Brad Pitt and Margot Robbie were not recognized for their work in the epic Hollywood movie Babylon. And the film did not get into the coveted Best Picture category.

Taylor Swift did not get a nod for her popular song Carolina from the film Where the Crawdads Sing.

And two movies – The Woman King and Nope – did not get any nods. 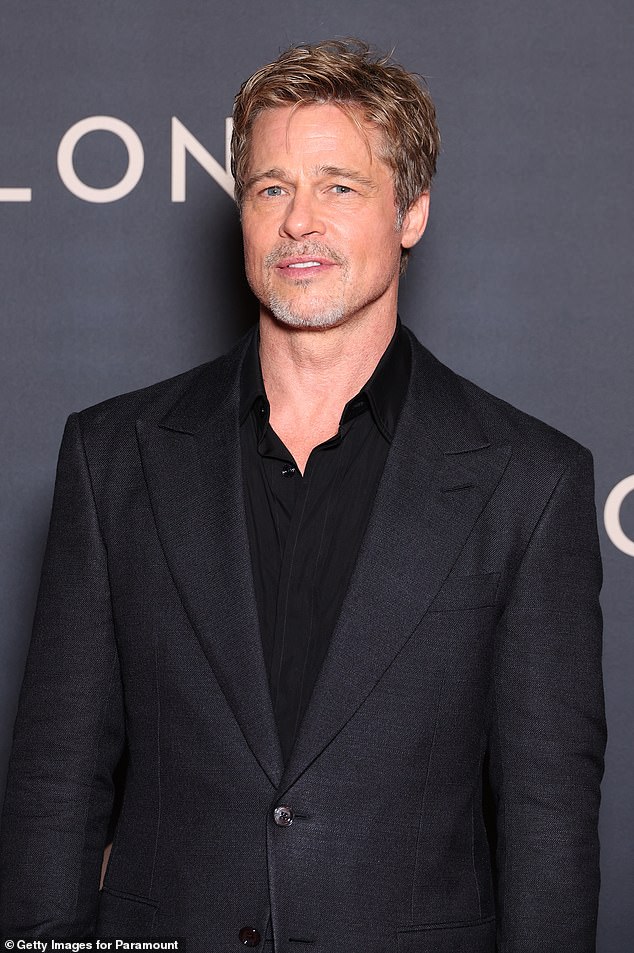 Snubbed! Brad Pitt was not noticed for his acting in Babylon as the Academy Award nominations were announced on Tuesday morning; seen January 14 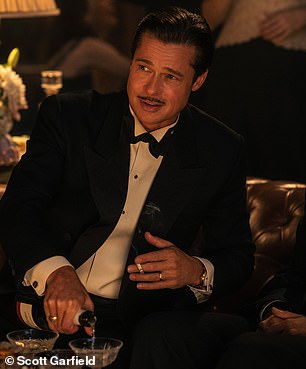 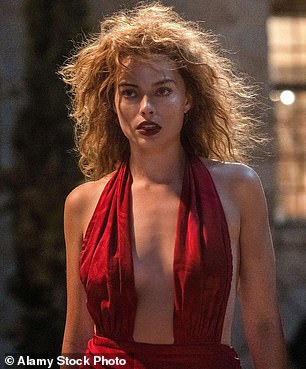 The film that didn’t quite float: Pitt, left, was ignored as was his co-star Margot Robbie, right

James Cameron was not noticed for directing Avatar: The Way of Water though the film did receive several other nods, like for Best Picture.

RRR did not get a lot of attention except for Best Original Song.

Paul Dano did not get a nomination for his acting in The Fabelmans and Danielle Deadwyler was left off the list for Till.

And Black Panther: Wakanda Forever did not make it onto the Best Picture list.

On Tuesday morning, Riz Ahmed and Allison Williams announced the nominations for the 95th Annual Academy Awards which will take place March 12 at the Dolby Theatre in Hollywood. The ceremony is scheduled to air live on ABC. 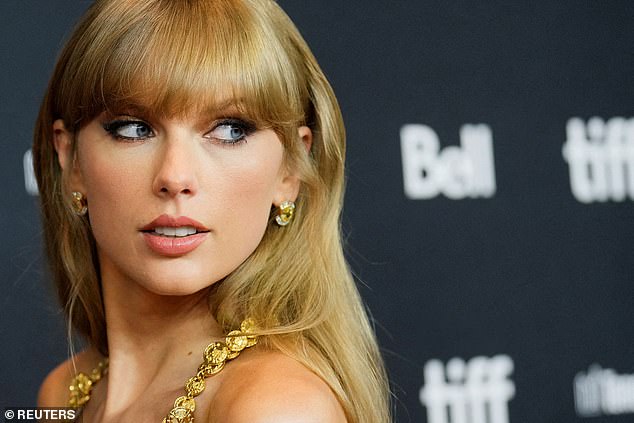 Passed over: Taylor Swift did not get a nod for her song Carolina from Where the Crawdads Sing. Seen in September 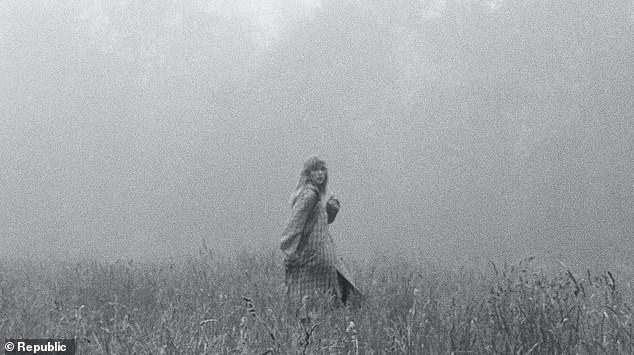 An uncommon move: Swift, seen here in her video, is usually included in awards

Tom Hanks’ wife Rita Wilson did not get listed for her original song Till You’re Home from her husband’s film A Man Called Otto.

Selena Gomez also didn’t get a nod for her song My Mind & Me that went with her docu of the same name.

Best Actress will be a toss-up between Cate Blanchett in Tar and Michelle Yeogh, who won the award at the Golden Globes for her performance in Everything Everywhere All at Once.

Tom Cruise missed out on a nomination for Best Actor, with Austin Butler (Elvis) and  Brendan Fraser (The Whale) leading the category instead. 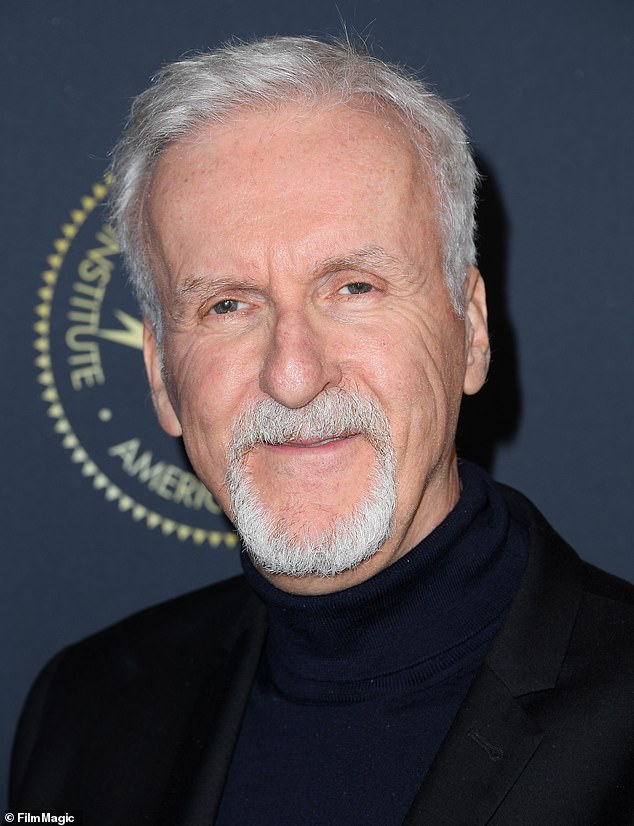 He is out: James Cameron was not noticed for directing Avatar: The Way of Water though the film received many other nods; seen January 13 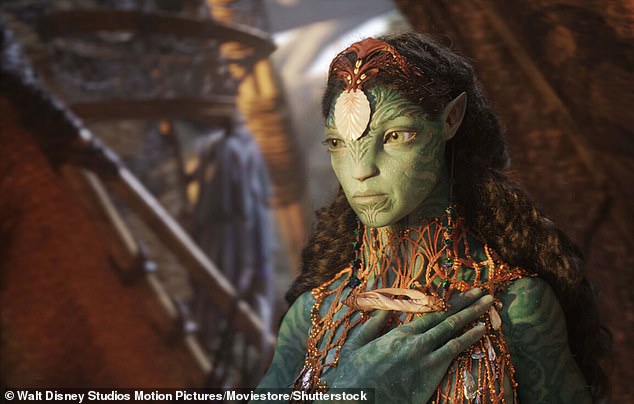 The way: Avatar: The Way Of The Water got several other nominations though

All Quiet on the Western Front, a German-produced film, won multiple nominations, as did Black Panther: Wakanda Forever

The awards ceremony will be hosted on March 12 by Jimmy Kimmel. Allison Williams and Riz Ahmed announced the nominees on Tuesday morning.

This one must hurt: The Woman King did not receive any nominations even though star Viola Davis worked hard to get attention

Along with Everything Everywhere All at Once, The Banshees of Inisherin  won multiple nominations.

Over the last five years, ratings for the once-adored show have steadily plummeted.

Last year’s drama with Will Smith and Chris Rock revived the flailing numbers, but it also made the prestigious event into a mockery. 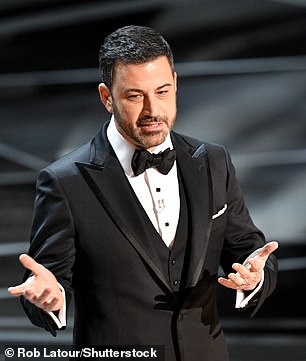 Jimmy Kimmel will host the 95th Academy Awards on March 12

This year’s awards season kicked off with the Golden Globes on January 10.

Cate Blanchett won Best Actress for her performance in Tár, while Austin Butler won Best Actor for his role in the Elvis biopic.

Top Gun: Maverick, one of the highest grossing films of the last few years, was snubbed at the Globes.

Kimmel previously hosted the event in 2017 and 2018, when ratings were considerably higher than in recent years.

Daniel Kwan and Daniel Scheinert, Everything

Glass Onion: A Knives Out Mystery

Kerry Condon, The Banshees of Inisherin

Jamie Lee Curtis, Everything Everywhere All At Once

Stephanie Hsu, Everything Everywhere All At Once

The Banshees of Inisherin

Colin Farell, The Banshees of Inisherin

Michelle Yeoh, Everything Everywhere All at Once

Lift me up, Black Panther

This is a life, everything everywhere all at once

All Quiet On The Western Front

Everything Everywhere All At Once

Make Up and Hair