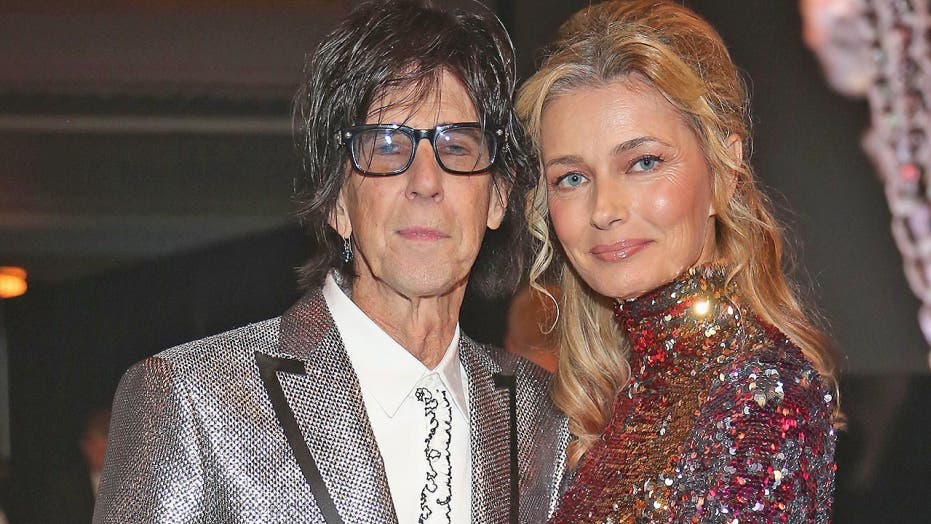 Paulina Porizkova shared an emotional picture of her son visiting the grave of her estranged husband, The Cars frontman Ric Ocasek, four months after his death.

The 54-year-old model explained that the legendary musician's grave does not yet have a headstone because her two sons with Ocasek, Oliver, 26, and Jonathan, 21, are in the process of designing it.

The touching photo showed Oliver crouching down in front of a small mushroom-shaped figurine in the grass.

RIC OCASEK'S CAUSE OF DEATH REVEALED

"A simple little mushroom taken off our porch, for now, marks the resting place of their dad," Porizkova wrote.

"The real thing is being designed jointly by both of them: a fitting tribute to the father they adored," she continued in the post. "Thank you my darling Oliver for letting me share this private moment. #missdad #loveneverdies #ricocasekrip"

Porizkova's tribute to Ocasek comes after the model opened up about her grief following his death last month. At the time, Porizkova told her fans she was "not good" and still "angry" over her loss.

RIC OCASEK CUT ESTRANGED WIFE PAULINA PORIZKOVA OUT OF WILL: 'SHE HAS ABANDONED ME' 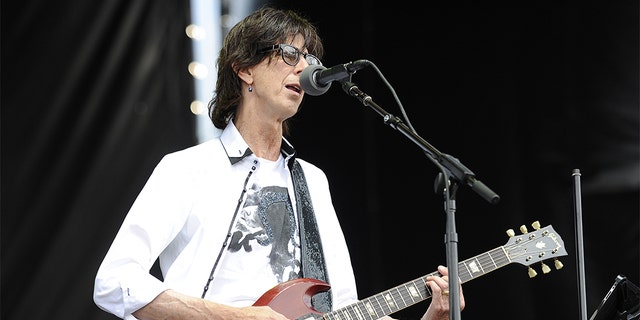 Ric Ocasek’s new wave band, The Cars, helped define the sound of rock music in the 1970s and ’80s. He died on Sept. 15 at age 75.
(Tim Mosenfelder/Corbis via Getty Images)

"I'm breaking under the weigh to fit all," she told her over 100,000 Instagram followers.

Ocasek died on Sept. 15 at the age of 75. The rock legend, whose band helped define the sound of rock music in the late 1970s and '80s, died from hypertensive and atherosclerotic cardiovascular disease, according to the New York City medical examiner.

Pulmonary emphysema was also a contributing factor, the medical examiner revealed. His manner of death was ruled natural.

END_OF_DOCUMENT_TOKEN_TO_BE_REPLACED

END_OF_DOCUMENT_TOKEN_TO_BE_REPLACED
Recent Posts
We and our partners use cookies on this site to improve our service, perform analytics, personalize advertising, measure advertising performance, and remember website preferences.Ok