Prince Harry has reunited with his brother William at their grandfather Prince Philip’s funeral, for the first time since his bombshell Oprah interview.

Prince Harry and Prince William have reunited at their grandfather Prince Philip‘s funeral on April 17. Princess Diana‘s sons walked side by side with their cousin Peter Phillips, 43, who is the son of Princess Anne. Both brothers appeared somber as they walked among the 15-member procession, led by their father, Prince Charles.

Their grandmother, Queen Elizabeth II who was married to Philip for more than 70 years, sat in St. George’s Chapel, accompanied by a lady-in-waiting. The funeral was attended by just 30 family members, amid strict COVID-19 protocols in the U.K., and marked the first time the brothers had seen each other since Harry’s tell-all interview with wife Meghan Markle and Oprah Winfrey on March 7. 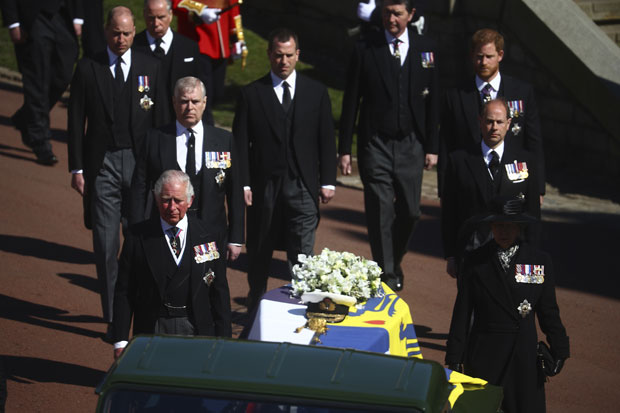 “I love William to bits,” Harry said of his older brother during the bombshell sit-down. “We’ve been through hell together…a shared experience, but we’re on different paths. The relationship is space at the moment and time heals all things, hopefully,” he continued. Following the interview, CBS correspondent Gayle King offered an update on where the brother’s relationship stands. 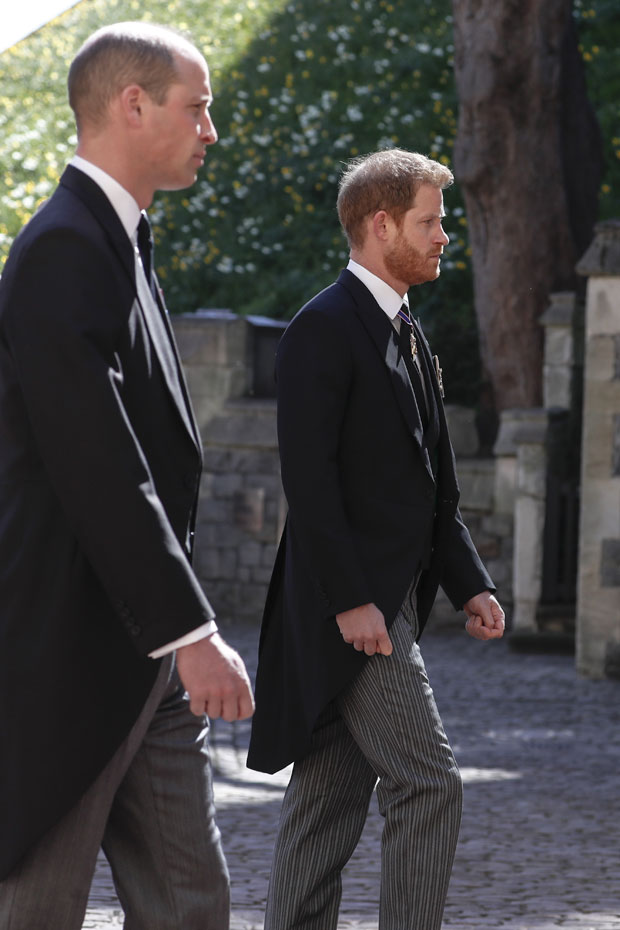 “Well, I’m not trying to break news, but I did actually call [Meghan and Harry] to see how they were feeling, and it’s true, Harry has talked to his brother and he has talked to his father too,” Gayle said. “The word I was given was that those conversations were not productive. But they are glad that they have at least started a conversation.” Their grandfather’s funeral was the first time that the two were seen publicly in quite some time, amid longstanding rumors of a rift between the pair.

Of course, it was sad circumstances that brought them back together, so soon after Harry’s controversial Oprah interview. Prince Philip, The Duke of Edinburgh, died at the age of 99 on April 9. Harry made the trip overseas by himself to attend the funeral of the Royal Family’s patriarch. Meghan, who is currently pregnant with the couple’s second child, was instructed by doctors to remain at home in California, as her summer 2021 due date nears.