Finding the humor in it all! Queen Elizabeth II unexpectedly giggled while participating in a virtual video conversation.

Queen Elizabeth Through the Years

On Tuesday, July 14, the British Royal Family posted a portion of a recent video call the monarch, 94, had with service personnel from the British Army, Royal Navy and Royal Air Force. During the discussion, she learned about their duties within the British Armed Forces.

The queen asked several questions to the service personnel, including Lance Corporal Shanwayne Stephens. When Stephens revealed that he’s also the pilot of the bobsled team, she appeared to be impressed by his answer and let out a chuckle after saying, “Gosh!” 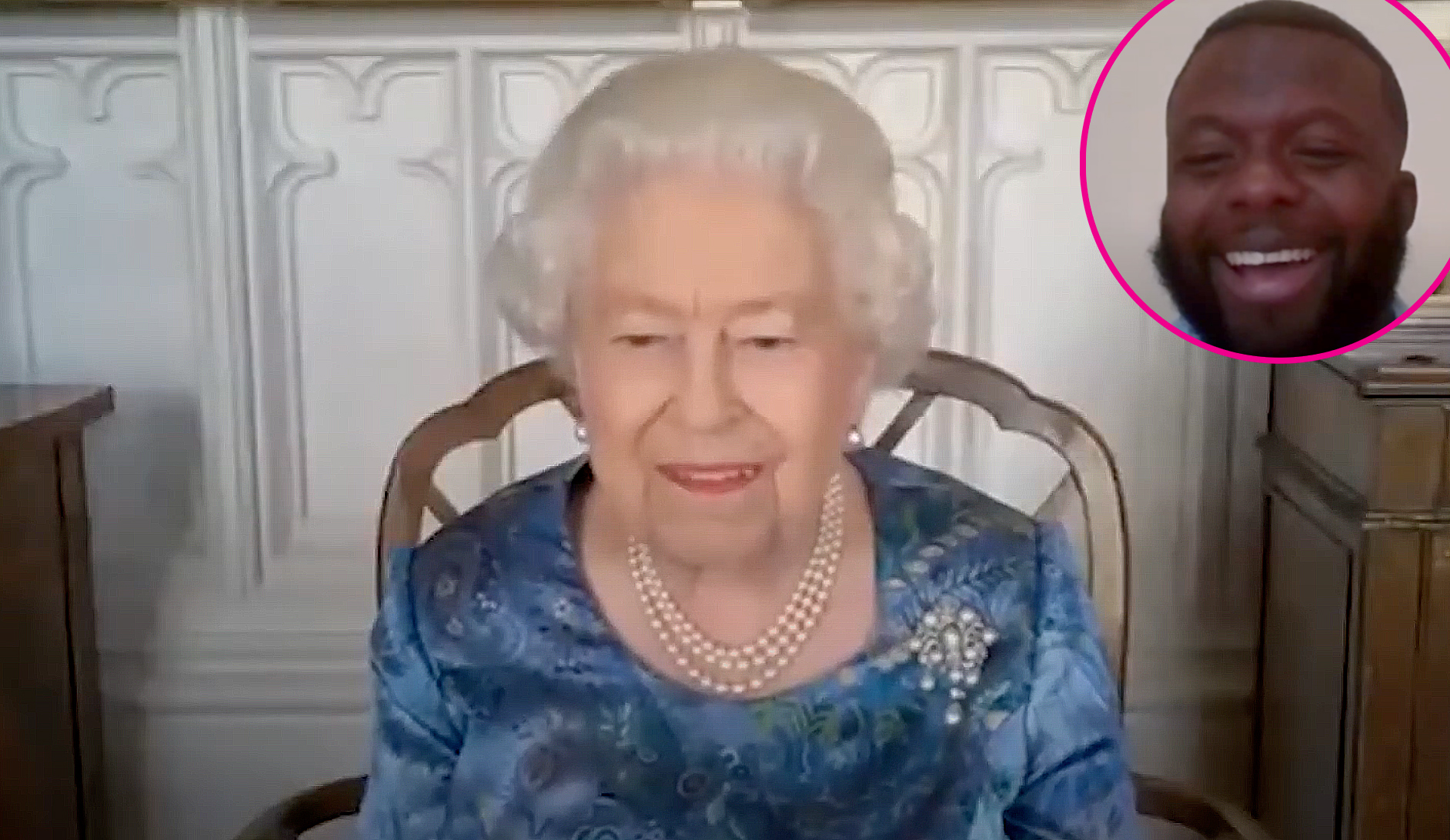 How the Coronavirus Pandemic Has Affected the Royal Family

Thereafter, she inquired about how Stephens has worked to prepare for bobsledding. “Unorthodox sort of training methods. So I’ve been pushing a car up and down the street,” he revealed, to which the royal giggled once more and added, “Well, I suppose that’s one way to train! Well, I’m very glad to have been able to meet all of you.”

‪? The Queen speaks with service personnel from @BritishArmy, @RoyalNavy and @RoyalAirForceuk via video call, to hear about the work of the British Armed Forces at home and overseas, during the current pandemic. . As Head of the Armed Forces, Her Majesty is regularly updated on operations around the world. . Chief of Defence Staff General Sir Nicholas Carter joined the video call, along with: . Able Rate Sophie Levy who serves as an Aircraft Handler, on her first operational deployment on board RFA Argus which is in the Caribbean. . Lieutenant Colonel Barrie Terry who is currently deployed on a UN peacekeeping mission in Mali, and has been apart from his family since last year due to travel restrictions. . Lance Corporal Shanwayne Stephens who serves in The Queen’s Colour Squadron and has represented the RAF at many state events including State Openings of Parliament and the annual Festival of Remembrance. . To watch the full version, visit the Royal Family’s YouTube channel (link in bio)

Queen Elizabeth serves as commander-in-chief of the British Armed Forces. As part of her role, she receives regular updates on how everything is operating.

The English-born monarch has had plenty to smile about as of late. Last month, she celebrated her official birthday amid the coronavirus pandemic with a scaled-down version of her annual Trooping the Colour parade. (She was actually born on April 21, but it’s tradition for royals to have an official celebration in the warmer months.)

“This year, for the first time since 1955, Trooping the Colour didn’t take place in its traditional form. Instead, the @welshguards performed a pared back ceremony for the queen, with music from the Band of the @householddivision,” the royal family confirmed via Instagram on June 13. “Her Majesty, the Battalion’s Colonel-in-Chief, took the Royal Salute at the ceremony and watched a series of military drills.”

Days before Trooping the Colour, Queen Elizabeth honored her husband, Prince Philip, with a sweet tribute for his 99th birthday. “?? Wishing The Duke of Edinburgh a very happy birthday,” the June Instagram update read, accompanying a photo of the couple alongside their daughter, Princess Anne, as an infant. “His Royal Highness turns 99 today and will spend the day with The Queen at Windsor.”